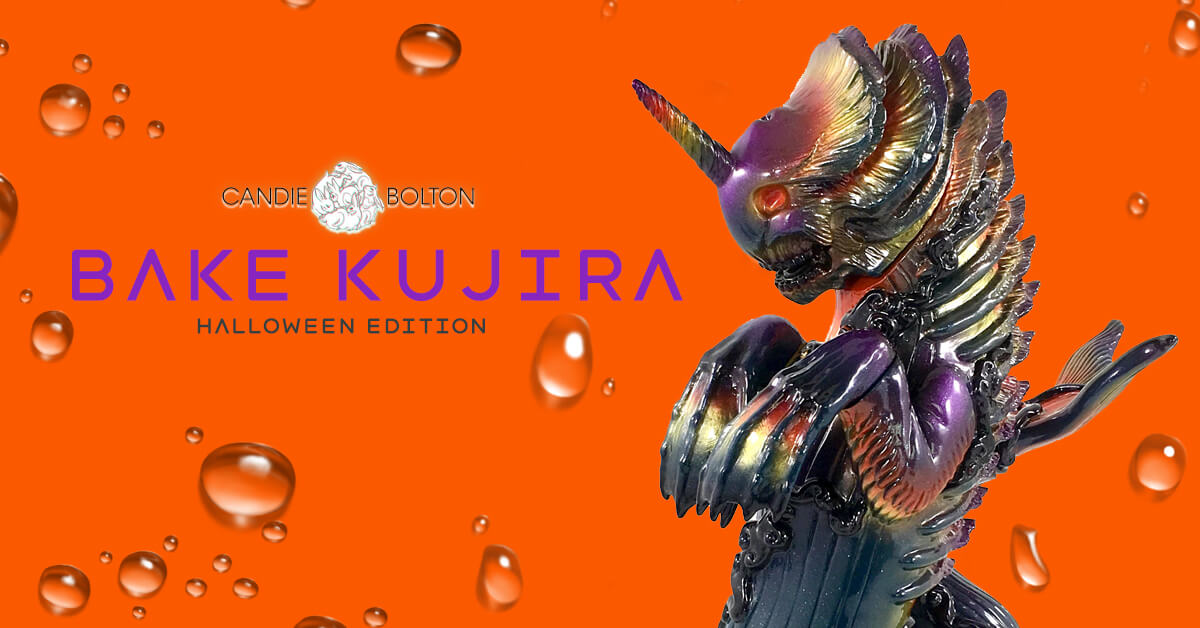 No tricks just treats from Candie Bolton as shes all set to unleash Bake-Kujira Halloween inspired release! a pre-order to be exact, genuine collectors can breathe a sigh of relief without having to pay aftermarket prices for a Bake-Kujira. This version isn’t a normal edition, as Candie Bake-Kujira is made from Marusan blue aka monster blue soft vinyl. With gold, orange, black, and purple sprays! not enough? need a hint of bling? hows about purple shimmer and prismatic sparkles and glossy clear coat! Candie Bolton presents Bake-Kujira Halloween Edition the best nightmare for your bank account.

The reanimated corpse of a vengeful whale spirit. It brings a curse of famine, plague and natural disasters to the village that caused its demise. They can be found on rainy nights near the coast with a host of strange birds and fish swarming around them. All orders will ship within 1-2 weeks.