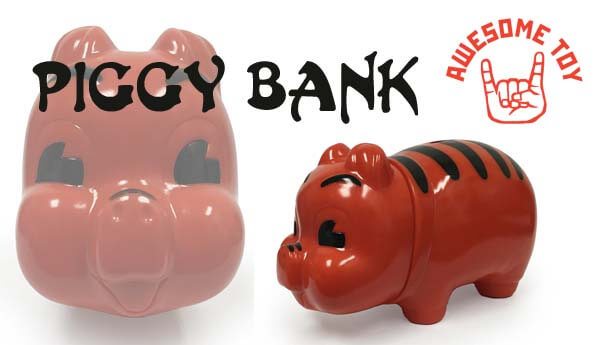 Awesome Toy has a new release that will speak to many hearts.

The original Piggy Bank was a popular toy sold on Hong Kong´s stationery and grocery stores since the 1960s. Every kid born in the 70s or 80s must see it or own it. The Piggy Bank production kept going till’ the 00s but his popularity was not what it used to be.

The factory production stoped about 2 years ago. Rumors spread about the mold or the machine being broken. Who knows? Maybe the Piggy Bank just was not popular anymore. The fact is that people rushed to get the last pieces from the market and now you can only find them at high prices on antique stores.

Awesome Toy decided to continue with the tradition in this new release. With an updated design and a new production, a brand new version of the Piggy Bank is here. The tradition lives on: 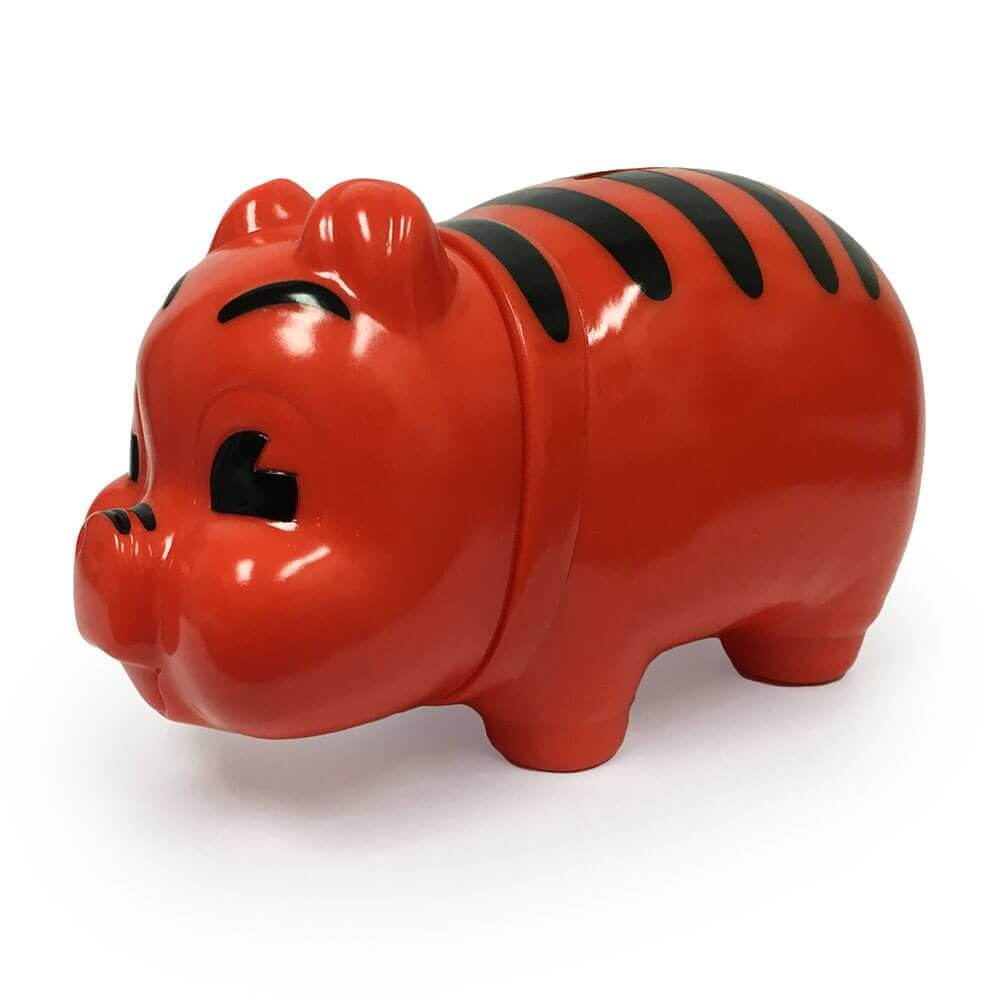 This new edition is inspired by the rare version of its original. Molded in red soft vinyl and painted with black paint only. Stands about 116mm tall and  200mm long

Hong Kong’s piggy bank is actually a copy of the Canadian injection molded Reliable Piggy Bank made in the late 1950s. The piggy was wearing a workers uniform as was the HK version, although this one had a lucky coin sculpted on the back. The Canadian version came in different color such as pink, green and yellow. The HK version was mainly seen in red with gold paint as a meaning of luck and fortune.

Interesting piece of toy history, we can safely say that this new Piggy is an awesome design job.

It´s already available in a limited pre-release edition HERE. You can have this iconic Piggy for just $40/£28.