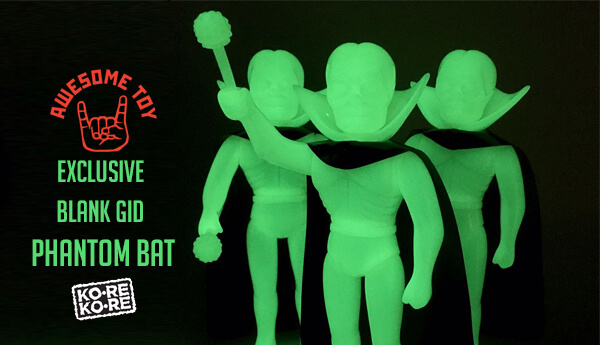 When there’s a will there’s a way right? Our guys at Ko-Re Ko-Re have got hold of a few hard to find Awesome Toy Exclusive blank GID Phantom Bats! YES THEY GLOW IN THE DARK. These will be releasing today, being GID just took the Phantom Bat’s the next level. Standing around 11” of fresh sofubi and landing on British waters at Ko-Re Ko-Re HQ. No lotto release needed as these will be launched 3pm UK time today (11pm HK) at http://www.ko-reko-re.com/new-products/. Look out for other special releases that are releasing at the same time. Hint Lobster!