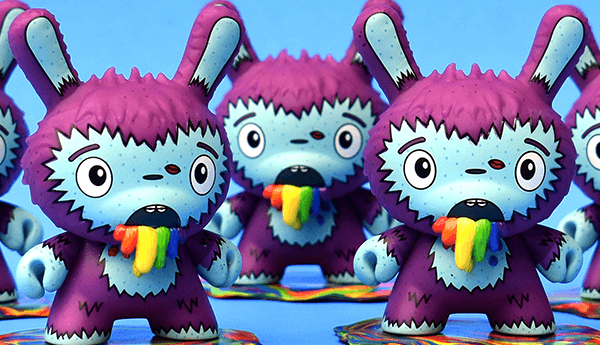 Now that Five Points is in the rearview mirror, The Bots have updated their online store with their AP version of the Lovesick Dunny. Released as part of Designer Toy Awards Dunny Mini-Series with Kidrobot, The Bots have given each production Dunny a unique makeover. The Bots have sculpted additional bright rainbow vomit and added a glossy puddle of puke under his feet. 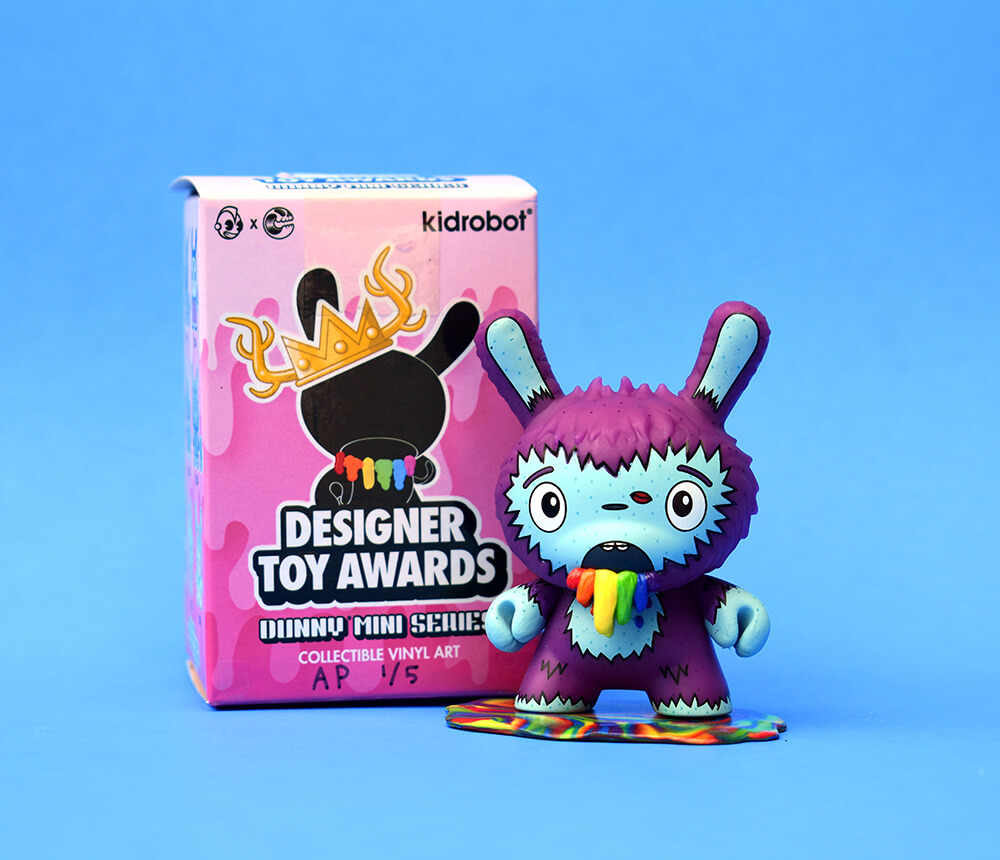 The 3inch AP Lovesick Dunny is now available HERE, priced at $100 (£75). Originally there were five pieces that The Bots customised, but only three remain. If you want to grab them before they’re gone, don’t hesitate. We are certain you’ll be lovesick over these Lovesick AP Dunny. Each piece is numbered. The box is also numbered & embellished too.