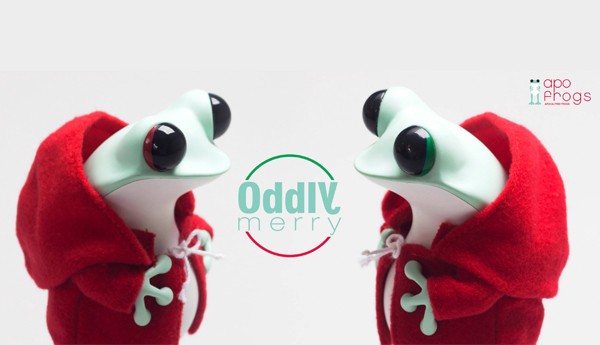 After back to back shows Twelvedot is lining up the next big releases. From what we have seen it looks like it’s not going to be just one release but two to three. Apo Frogs Oddly Merry  and  The Ghost of Fallen By Twelvedot are the most teased right now. We should have full release information on the 1st of December and the most important how to order the Apo frogs.

The Ghost Of Fallen Frogs

Wow evil and but sleek looking versions of the Apo Frogs, bother versions are great contrast with the black on white and vice verser. This version of the Apo Frogs looks ready for the holiday season with a nice colour combination. The nice addition of extra colour around the eye is a great touch with the sweet minty green.

Now the hard part is choosing which ones to get!