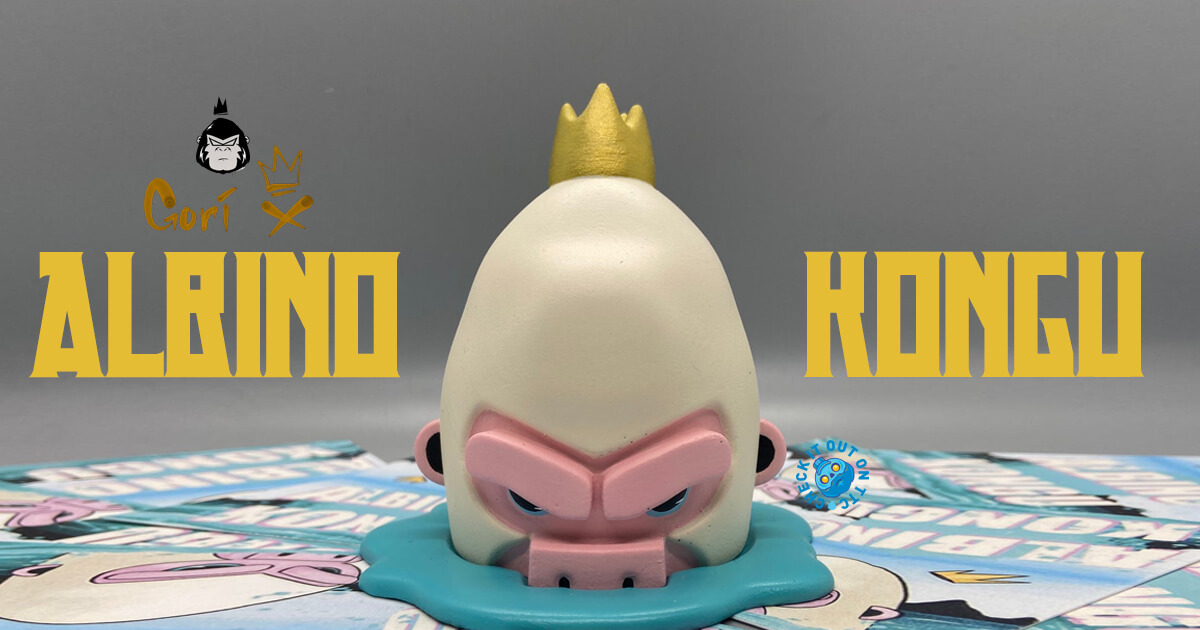 The king of the jungle is back! Caesar you better look over your shoulder as Philippines based artist, Gori Bautista unleashes ALBINO KONGU. One Ape that doesn’t mind a dip. ALBINO KONGU now lurking in the waters for the next enemy. All hail ALBINO KONGU.

While we have your attention, look out for Gorio!

The prototype is out! This rebel’s name is Gorio, a graffiti artist from the concrete jungle — New York. In spite of his ingenious work of art, no one wanted to take him in and be part of any graffiti crew. He endured discrimination throughout his life due to his beastly form. But he can’t be stopped. Not now. He formed his own graffiti crew known as “K.O.N.G” Kings Of New York Graffiti and is now looking for his new crew members..Will you come and join him?