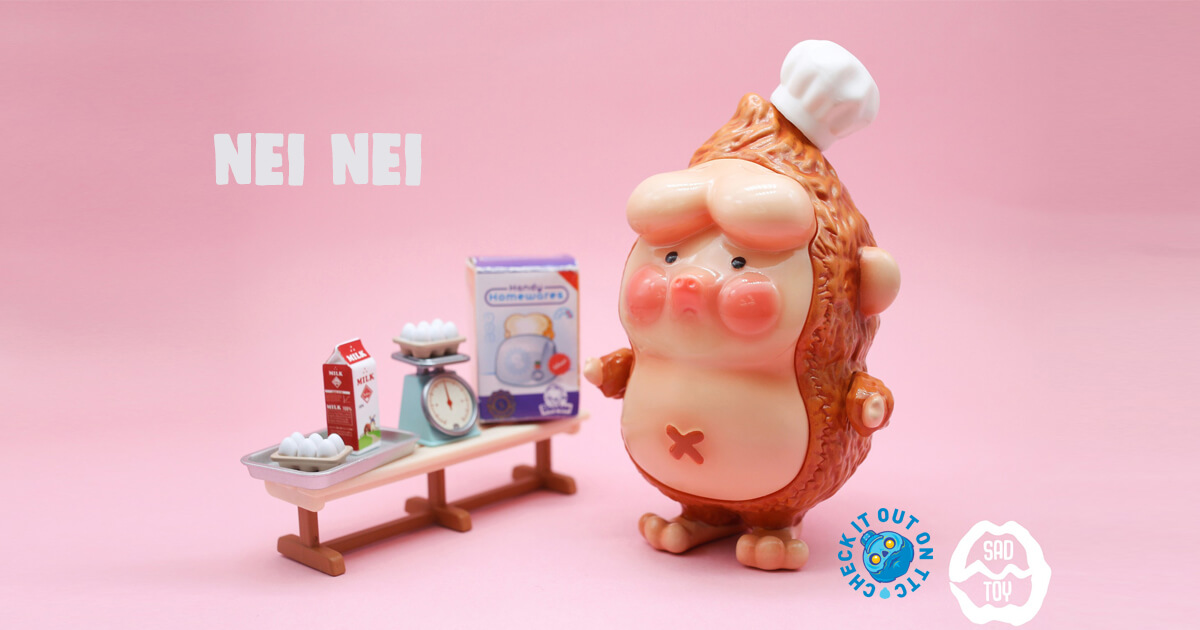 Monkey see monkey do! 9SADTOY presents Nei Nei, after seeing all the bake off programs Nei Nei ready for the big big world!

“Grandma grew up in the pig clan and grew up in the royal family. She didn’t eat worldly fireworks. Since she was a child, she felt that she was very capable and different, very conceited, but she was actually very inferior.

Grandma has been very lazy since she was a child. She never asks others if she has any questions, because she is afraid to look down on others, and she is also afraid to show her cowardice in front of others. She slowly develops an idol and a city that is very deep. She always thinks she is strong. I like to pretend that I am strong and work hard in front of others. But in the imperial room, he has not been taken seriously.

There is a rule in the pig tribe that when you are 500 years old, you should not leave the royal family and go to various star realms to practice for 5,000 years. Grandma then embarked on a journey of experience with a fluke mentality. But the good times are not constant, and in the experience, he is constantly defeated by the creatures of other star realms.

Every time my grandma sees the success of others, she will be very jealous. She also feels that she has worked very hard, but why she keeps failing. She thinks it is the luck of others. She has refused to admit her incompetence and laziness. Will blame others, keep looking for excuses.

Grandma’s last accident happened, and she fell into the long river of failure. After that, the grandma, who has been lost and spent years of life, meets the ancient monkey ancestors while walking. The ancestors gave grandma a piece of the treasure monkey saint clothing, the monkey saint clothing allows him to see the efforts of the strong in the past. He gradually realized that his efforts were less than one in ten-thousandths compared to those of the strong, and the methods of training had been very inferior. I began to understand that I was not worthy of success in the work all the time, and all the results were chosen by myself.”

For TTF at Box Day Gallery booth B15