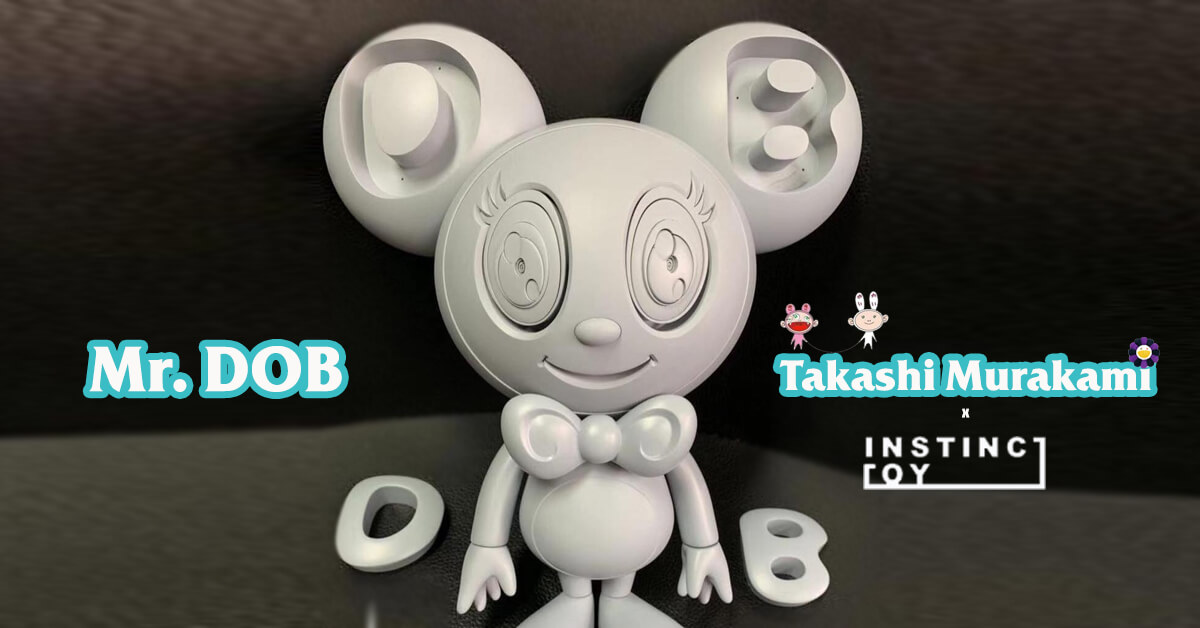 I am going to collaborate with INSTINCTOY @instinctoy_hiroto_ohkubo on vinyl toys to be released starting early summer of 2019. Our first project is going to be on my very first-ever character art, DOB. I first read about Hiroto Ohkubo, INSTINCTOY’s president, in a Facebook post of Shuichi Miyawaki, @sennmusannKaiyodo’s @kaiyodo_pr president. Mr. Miyawaki, normally a merciless critic when it comes to figure production, earnestly praised Mr. Ohkubo as the very best in vinyl figure production, so I knew he was the real deal. Immediately after reading the said post, I searched INSTINCTOY online, got in touch with the company, and sent two of my sculpture staff from Kaikai Kiki to go meet Mr. Ohkubo that very day at their headquarters in Shiga Prefecture. The minute they met, there was a spark—I am told they spoke non-stop for two days straight. I have since met MMrOhkubo in person and, having been exposed to his tremendous passion for vinyl figures, logical analysis of the industry, and a clear vision for the future, have become a total fan. These are the images of the masters for the vinyl parts being produced by INSTINCTOY. I’m sure you can sense at least a hint of their obsessive attention to details, the earnest passion for figure production – Murakami

Even in this early prototype stage its looking promising and darn complex with all the printed parts! At least we know with INSTINCTOY the quality in the production won’t be bad.

Can’t wait for this? Click the banner below for a dose of Murakami!