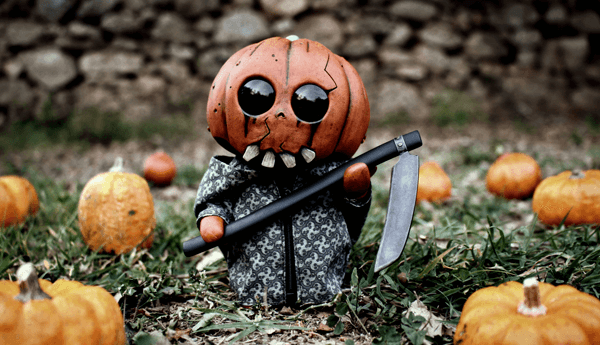 Our buddy over in France, Teimaru is getting us all in the Halloween spirit with his latest Squadt custom. The Forgotten Terror Boy [Spook] is terrifyingly cool. A pumped-up pumpkin Squadt. A jock-o-lantern, if you will! We know the love that Teimaru has for the Squadt, you can read their memorial to Ferg’s Squadt HERE when Ferg announced the end of the Squadt line. Below Teimaru gives you his lowdown on his latest custom Squadt… 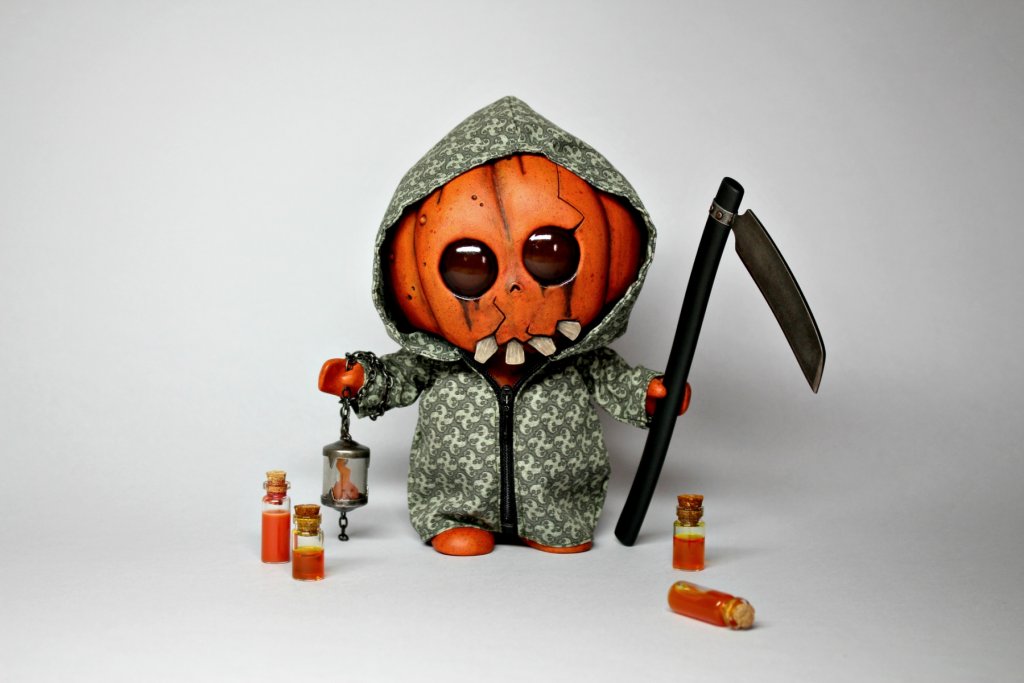 3 years ago I came up with the idea of making an Halloween Pumpkin Squadt. I enjoy a lot Halloween and this autumn season, and pretty liked the Ferg Halloween drop each years.

As there was not any pumpkin specimen, I starting to think about creating one, and quickly all the ideas for the custom went into my ‘not so sane’ mind.
The best part and challenge was to sculpt the pumpkin helmet and to manage to stick with the squadt vibe and spirit. To manage something spooky and funny, which would bring fear and smile at the same time, and get this particular “effect” that squadts release.

For the helmet sculpt, I had the luck to have my good friend and amazing sculptor (Seb’s Customs, alias Fseb) who gave me a precious help and useful tips in the sculpting process. This sculpting part was really great and interesting, I finally achieved it and could pass to the other steps.
The suit was made by a friend (KcDesign), using a fabric printed after having reworked a Ferg Pattern.

The Scythe was sculpted to match the squadt weapons kind of shape, and the familiar soul within the metal and glass lantern was sculpted in a bit of orange GID resin.

The paint apps have some GID effect too. As a GID lover, my [SPOOK] had to be GID!

Reworked the lenses as well, to match the general tone of the custom.

Behind the squadt Asylum, there is a field, a kind of strange place, where things appear and disappear so fast that the eye can’t figure out if it was reality or disturbing dream.

There has always been a handful of pumpkins layin’ in this field. Pumpkins, that of course, had something strange and weird surrounding… One night around October’s end, years ago, a Jack, Asylum employee, was trying to find the knife he had forgotten there sooner. Suddenly something grabbed his leg, his lantern light was blown off, seconds later he had disappeared within a melt of pumpkins absorbing him in a weird-soundly and cloudy orange disaster.
Nobody managed to find back this Jack, and some cold and creepy October nights, if you look attentively and try not to breathe so noisily, you will discern a Pumpkin Specimen, dragging a scythe over the ground, and carrying a lantern, what seems, maybe, the soul of a carnal dispossessed and lost squadt who wanted his knife back 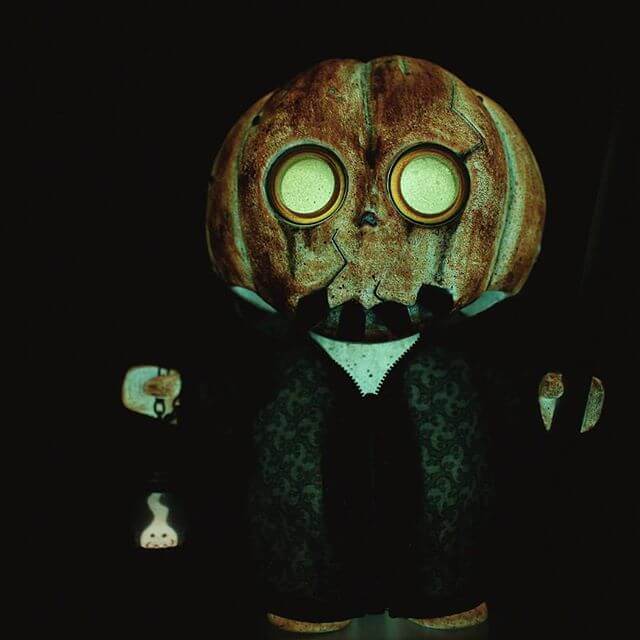 Even if the Squadt era is over after Ferg ended the squadts production, this year will see a new Halloween squadt, and spread some Squadt vibes all over.

This piece isn’t for sale, but the helmet is cast, so I might come up with something later on, must think further about it.

Currently, have about 10 custom Squadts and builds in the work, including 2 new terror boys, and starting my next custom project, already stripped off, a D*Face D*Dog.