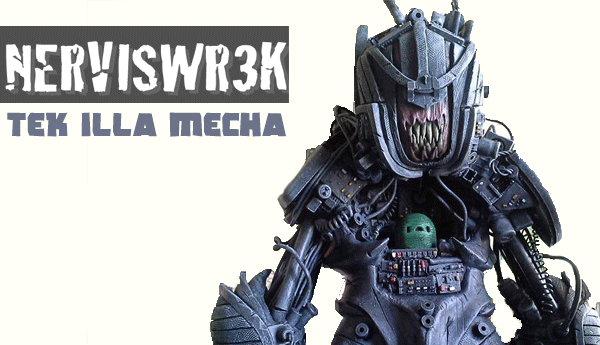 One heck of a mecha that nerviswr3k made a good couple of months back. Nerviswr3k is no stranger to producing custom vinyl toys with many different textures and cyber looking parts, adding to his monster styling which we have known to know his trademark style. This custom Muttpop Tequila titled “Tek illa mecha” is another outstanding crazy ass custom from him. Lord know how many hours was spent customising this beast! but keeping tabs on the work in progress shots via his Instagam has made like it even more. Watching him power away, carefully adding and sculpting all of the part while still keeping the telltale signs of the original Muttpop tequila stance. 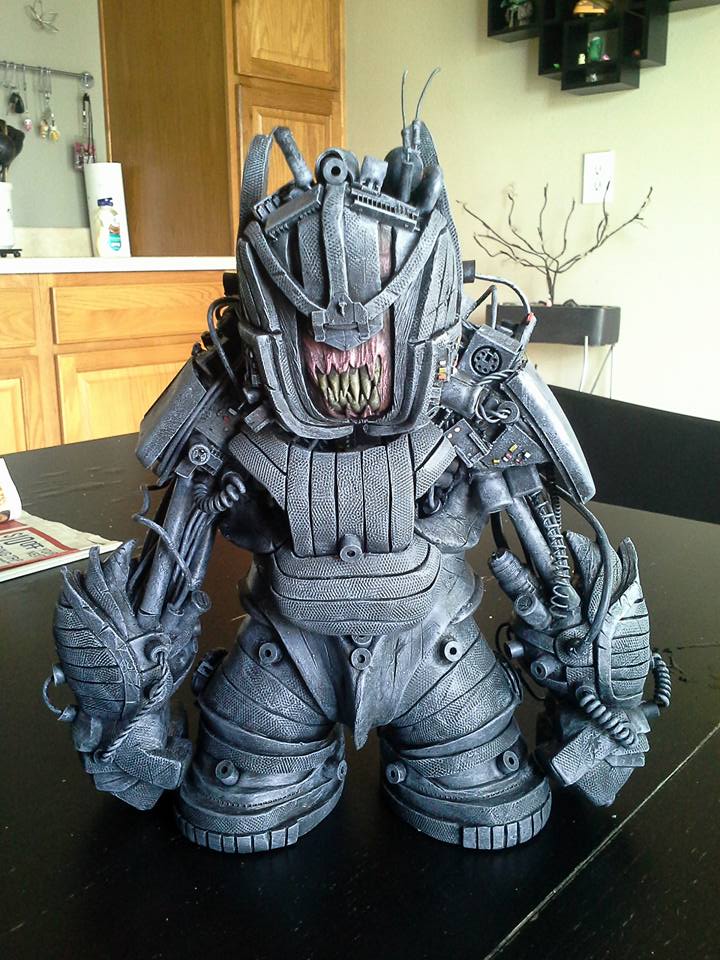 We really dig the exposed arms where you can see the piping and cables. The additional “Piloto aviador” sits perfectly in the “Tek illa Mecha” and he’s so adorable, nothing you would imagine pilot the mecha when you are remove the front chest paneling of the mech. Nerviswr3k doesn’t do shortcuts the inner dock where “Piloto aviador” sits has loads of details too. 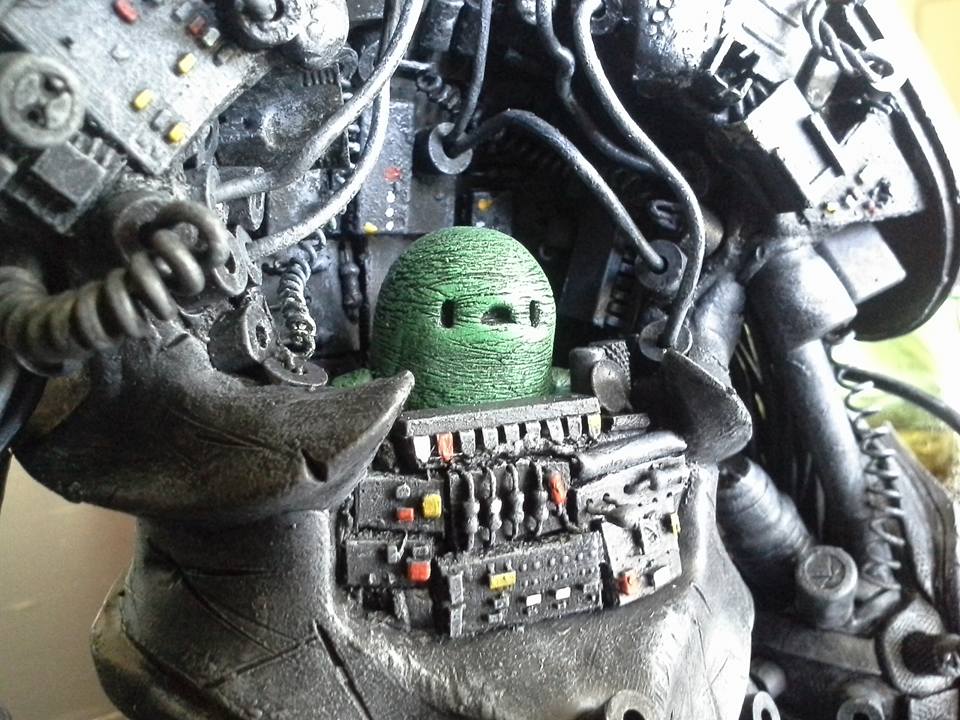 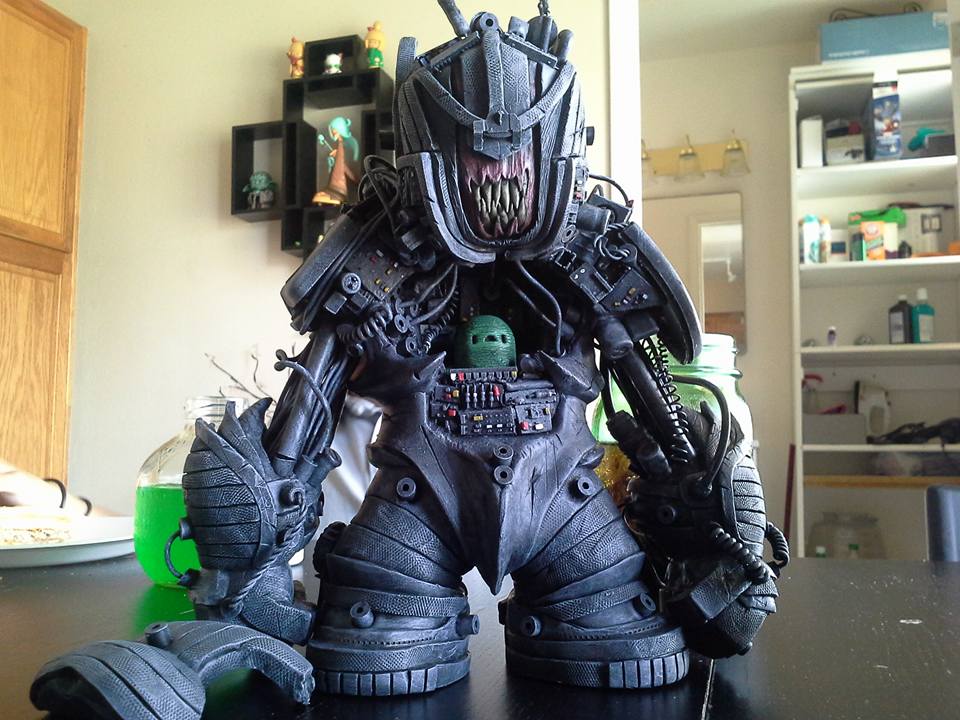 Here are a few WIP shots that first caught our attention.

The Tek illa mecha was a commission so sadly not for sale, but if you want a custom yourself from Nerviswr3k hit him up via http://www.nerviswr3k.com/ ,Twitter and Instgram.

(all info and photos lifted from nerviswr3k FB and Instagram)