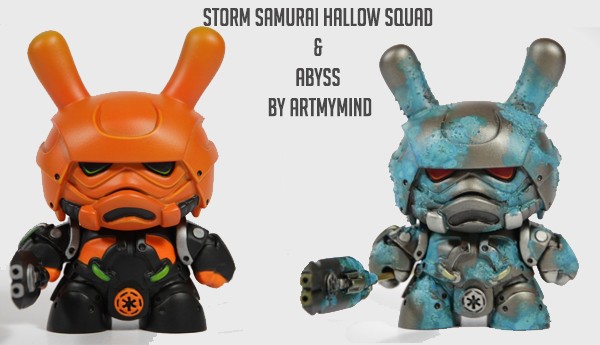 Hallow squad which will be available for only 48 hours as an open run for €79.00 If you want Storm Samurai Hallow Squad & Abyss protecting you then  be ready to F5 at 8 pm EST, midnight GMT at artmymind.bigcartel.com.