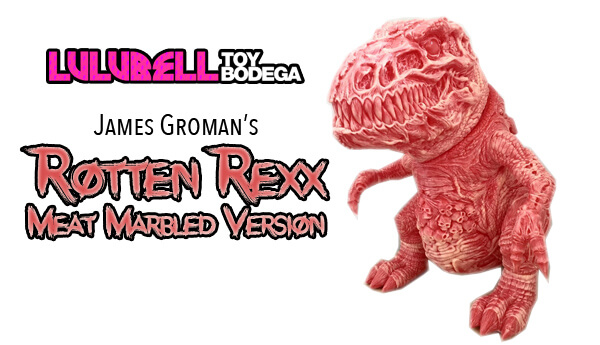 Last time we saw this kind of cast in a Lulubell release was with ZUG + SLUDGE DEMON BY MVH X LULUBELL. We said it then and we say it again, we love these kind of casts the “meat” effect brings out the sculpt details in a beautifully “creepy” manner. And James Groman’s Rotten Rexx is now more fierce than ever;

This beautiful cast will be offered up as an open run 2 week pre-order and will be made to order!

Order cut off is Sunday, November 20th at 5pm Pacific Time. Current ETA is February/March of 2017.

Go to Lulubell webshop HERE to seal the deal! The 15″ tall Rotten Rexx will set you back $250!