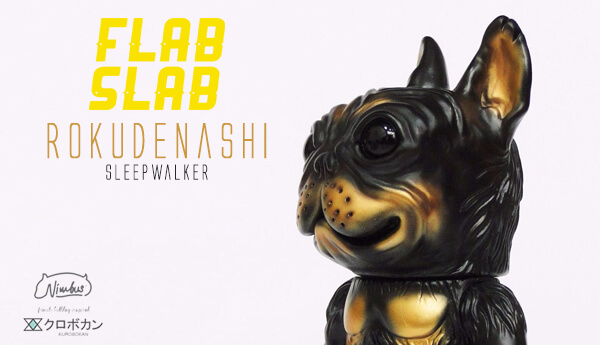 The folks at FLABSLAB have been cooking up some custom sofubi figures and they are ready to be unleashed! Paulus Hyu x Kurobokan has blessed Rokudenashi with his own hands. The popular “Sleepwalker” kaiju Frenchie get the FLABSLAB gold and black from Paulus. 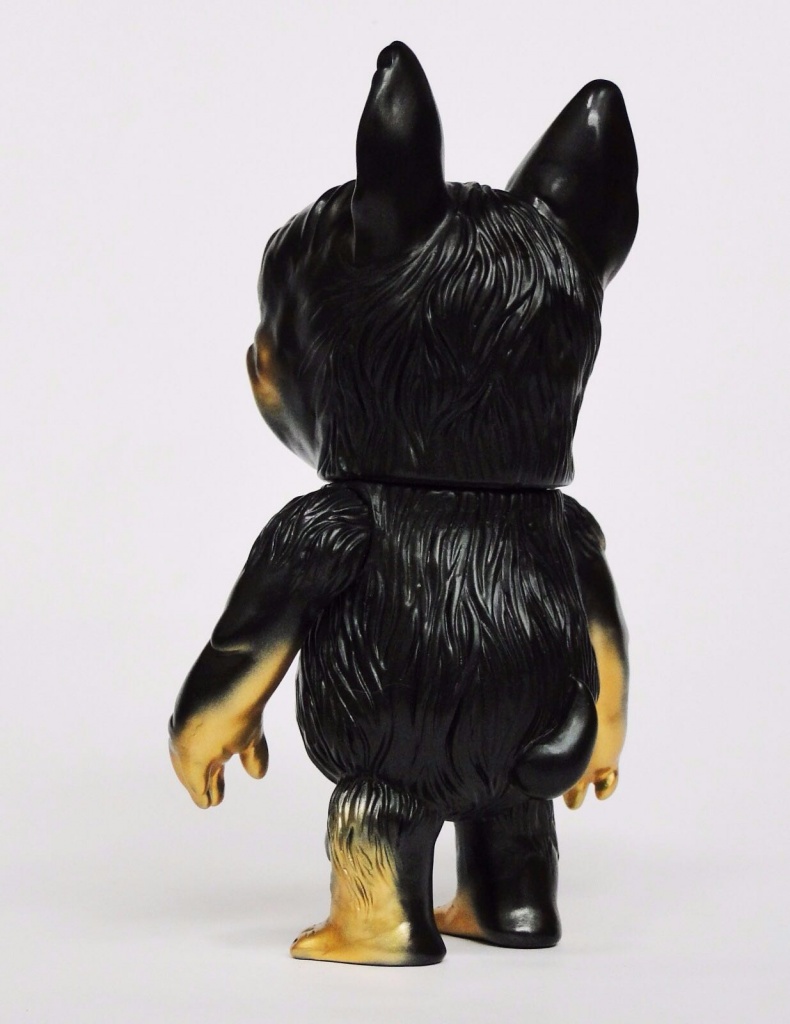 Launching on 1 April is the FLABSLAB exclusive black and gold edition of the popular 6.5? sofubi Sleepwalker figure made in Japan and produced by Kurobokan.

“We’re selling Rokudenashi Sleepwalker on April’s Fool Day simply because he is a joke. The lovechild of a French bulldog & Rottweiler, he’s unplanned, unwanted and totally neglected -FLABSLAB”

Edition of 20 priced at $130 USD. Mark your calendars for the launch date: April 1st 2016 (Fri) 11pm SG. 11am NY. 8am LA. 3pm LDN. at flabslab.bigcartel.com trust us every edition of the Sleepwalker have sold out and Rokudenashi edition will have the same effect. YOU SNOOZE YOU LOSE. http://www.worldtimebuddy.com/ to double check your own timezone.