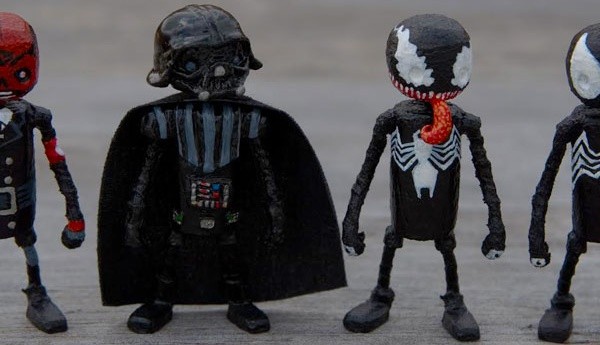 Scott Bellwood & Michael Reilly of Play Dead Toys have been super busy on their new resin figure entitled “Mr. Fink”… and the guys over at SpankyStokes got in on an exclusive colorway act. Releasing at Designer Con 2014 via booth #518 is an exclusive run of pure black “Onyx” Fink’s!!! 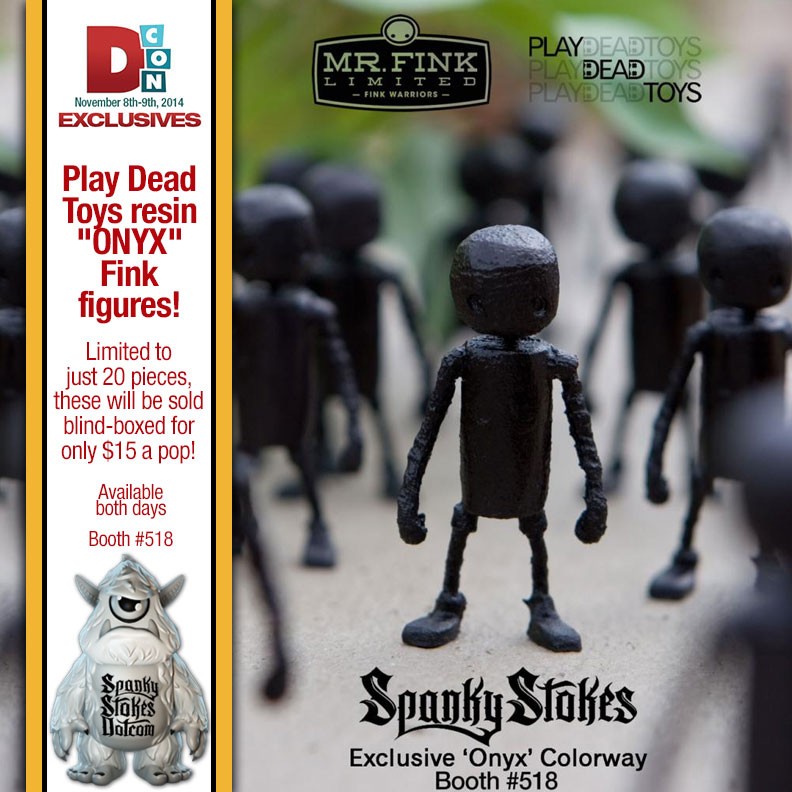 Limited to just 20 pieces, these will be sold blind-boxed for only $15 a piece! Now.. why blind-box you might be asking yourself!?!? Well.. because mixed within the 20 pieces are the 4 amazing customs below, created by Bubo!!! 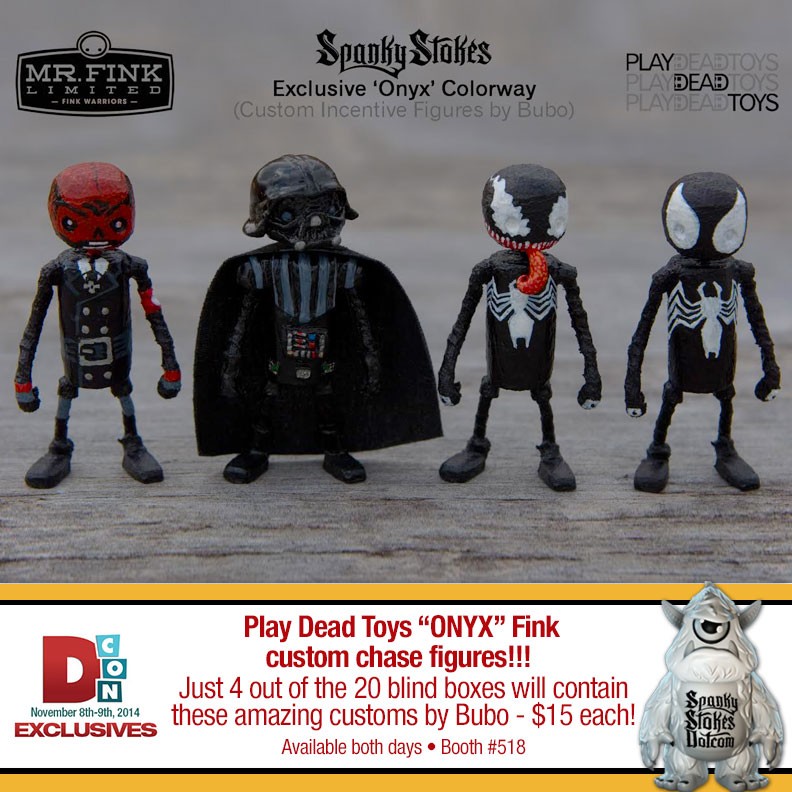 Will you be the lucky one to pull “Red Skull”, “Darth Vader”, “Venom”, or “Symbiote Spider-Man”?

You have got to swing by the SpankyStokes booth #518 and try your luck… and seeing as they are just $15 a piece, you might just be tempted to buy more than 1 piece! See you at the Con!!!