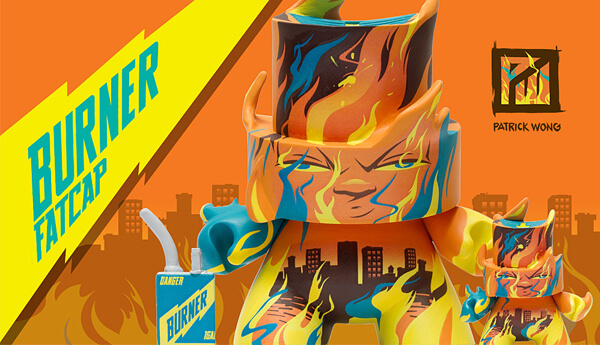 It’s funny sometimes when you think about someone and then suddenly you hear from the person. Today was exactly that when we were thinking where has Patrick Wong. It’s since October since we heard anything from Patrick but it doesn’t mean he’s not being busy. Take his bad ass custom vinyl Kidrobot Fatcap custom he’s recently finished. Bloody looks like a production. Really makes us miss the old Kidrobot vinyl toy platform.

Patrick Wong shares his latest custom toys titled ” in 3″ and 6″. Both of the fiery creations are produced on the Kidrobot Fatcap platform and commissioned by a Canadian collector. 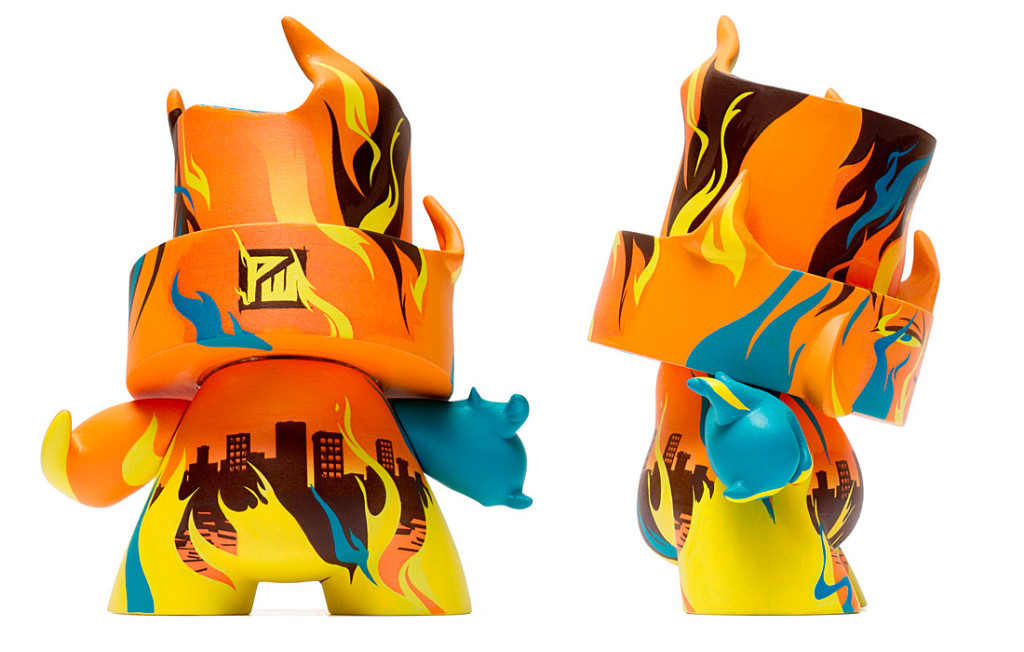 The “Burner” is taken from the graffiti term to describe a well-done and elaborate piece. Using this idea, Wong takes the Fatcap vinyl and illustration sets it ablaze against a backdrop of a city. Similar to the way the South Bronx burned in the 1970s. 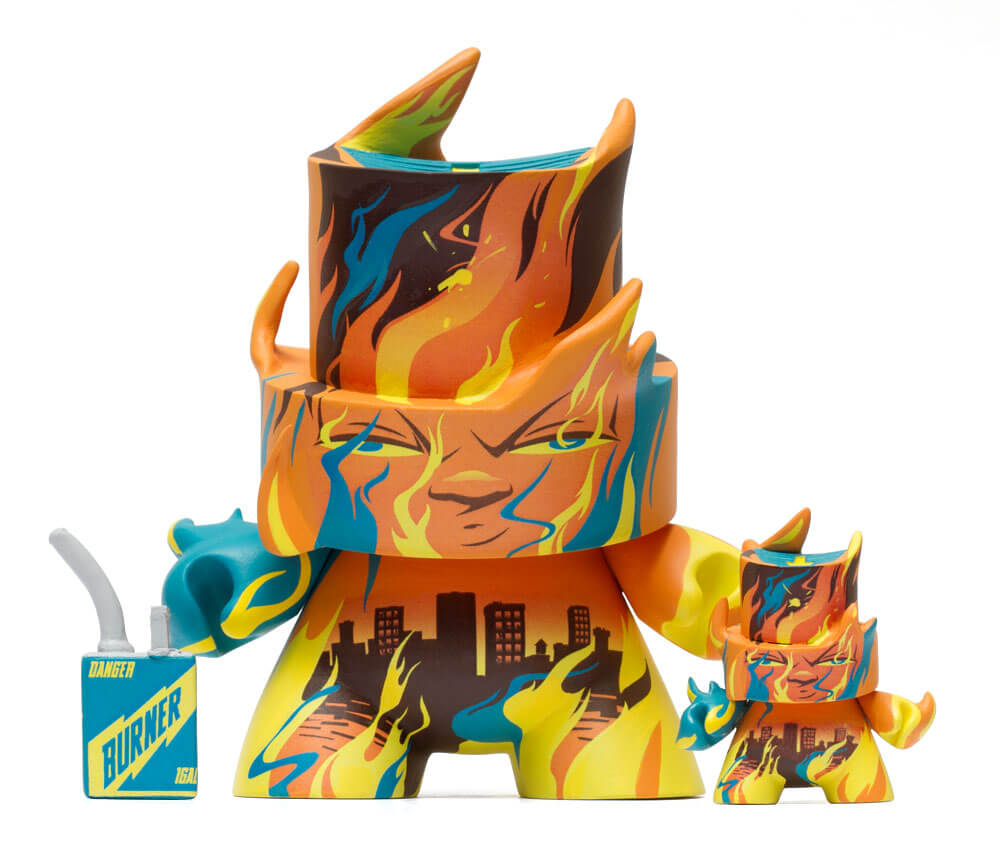 The 6″ version of the “Burner” Fatcap is complemented by an accessory gas can with the character’s name and “danger” written along the side.
Based on an original design by Wong, “Burner” is the fourth 6″ Fatcap produced after creating pieces with themes of freezing, paint mixing, and corrosion. 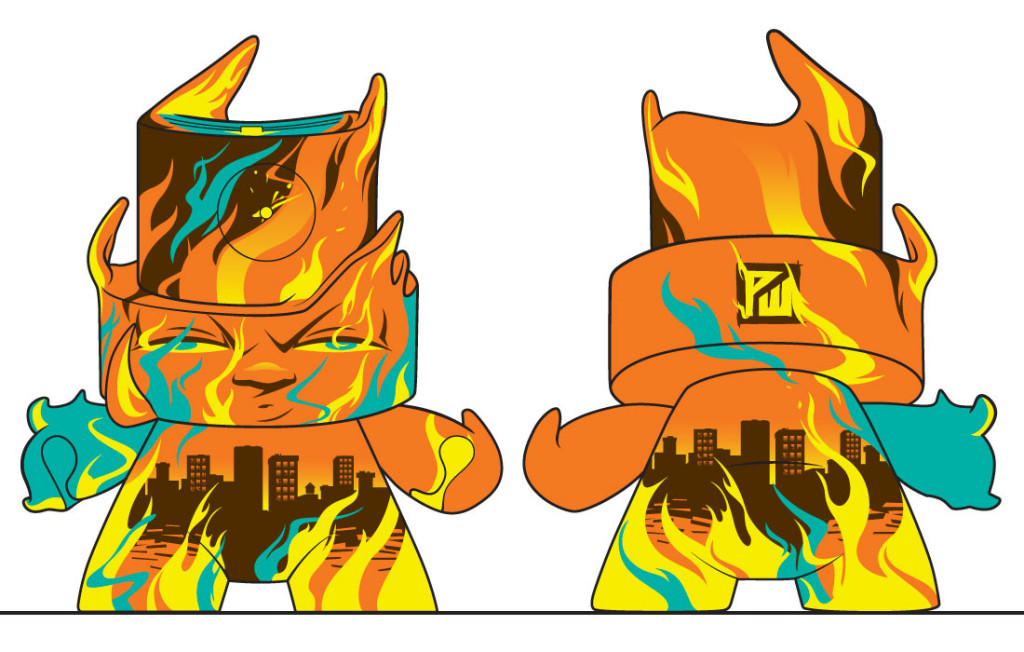 Epic right? colours and the cleanest finish is Patrick’s strong points, the extra sculpt is made to look like it was off the production line. Top marks for you sir! I bet the collector was super happy when he/she received it.

Patrick Wong is an artist and illustrator based in Vancouver, Canada. He has been recognized byApplied Arts Magazine, American illustration, Society of illustrators Los Angeles, and Creative Quarterlyfor his work. Patrick received his BFA in Visual Art (Illustration) from Emily Carr University of Art + Design and began his career as a commercial artist with clients such as The Washington Post, The Sunday Times, and the March of Dimes Foundation.