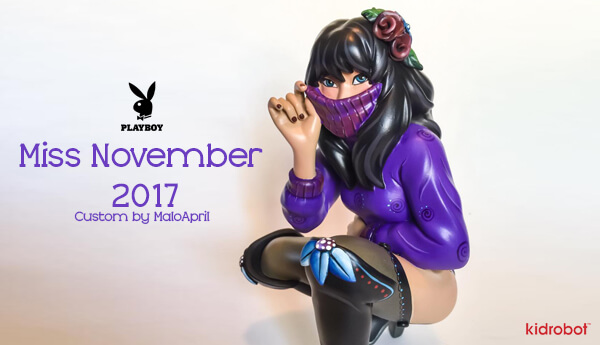 Playmate of the Year 1979 Monique St Pierre is on our lips today. Not really more like April Elliott aka MaloApril custom of Playboy x Kidrobot “Miss November 1978″ vinyl figure! When the original 7.5-inch figure released back in 2008 it was a must for us to have in our collection. A couple of weeks ago some collector (who has great taste) commissioned April to work her magic on Miss November 1978 figure and boy, by no surprise April once again puts her own signature spin on things and smashed it. ? 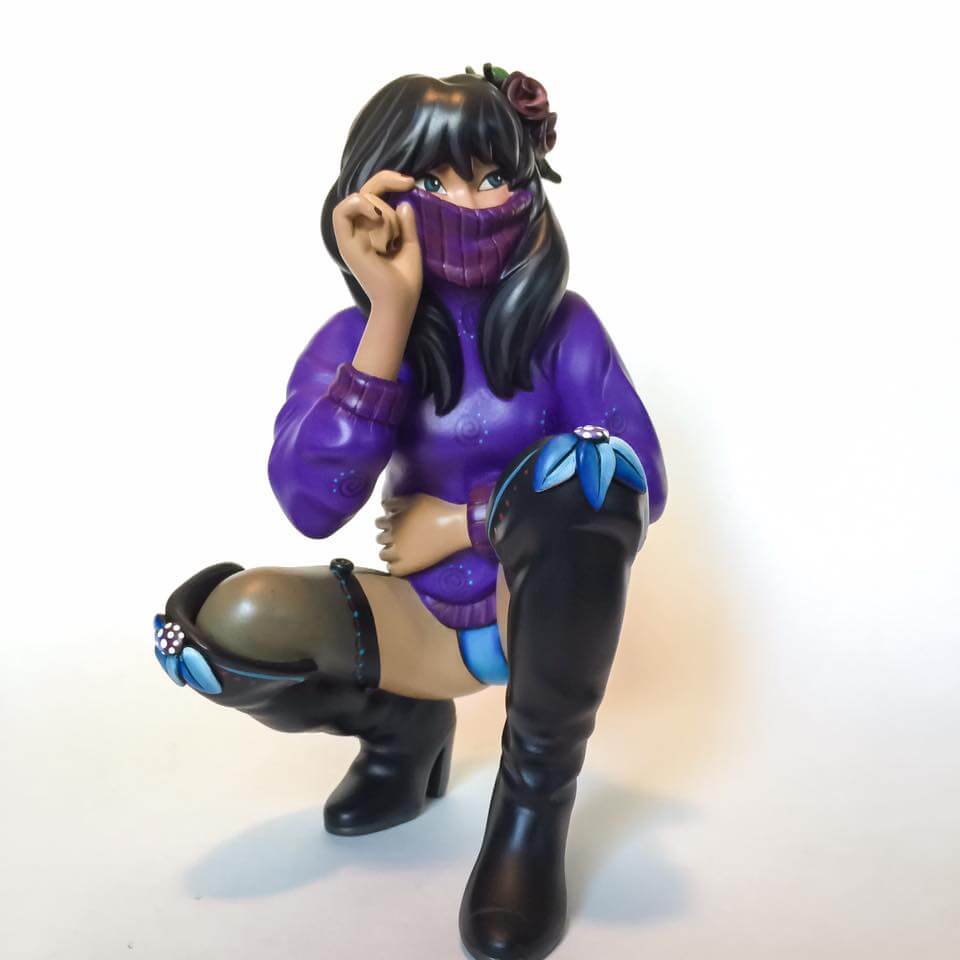 April got us with her eyes and her trademark purple and blues colour palette. April added details without overdoing it and without losing focus on the original figure. Wouldn’t be Aprils work if there wasn’t flowers and roses, Miss November 1978 has them. 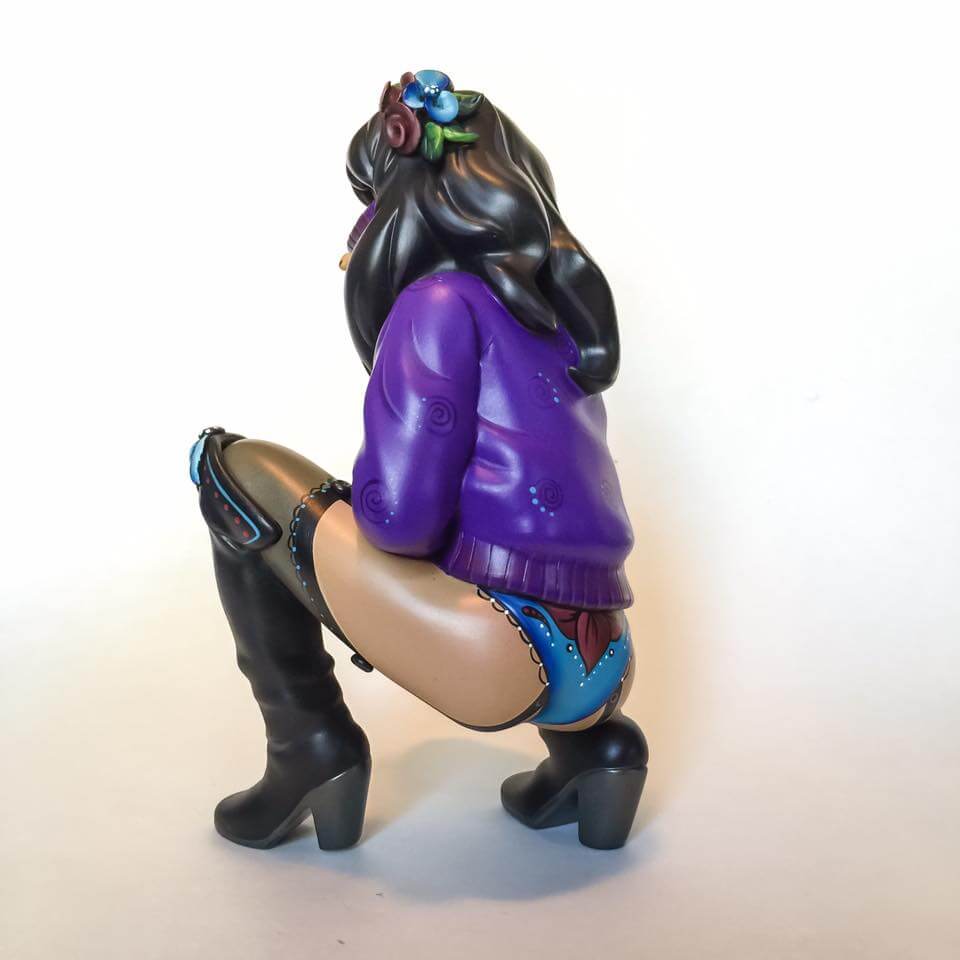 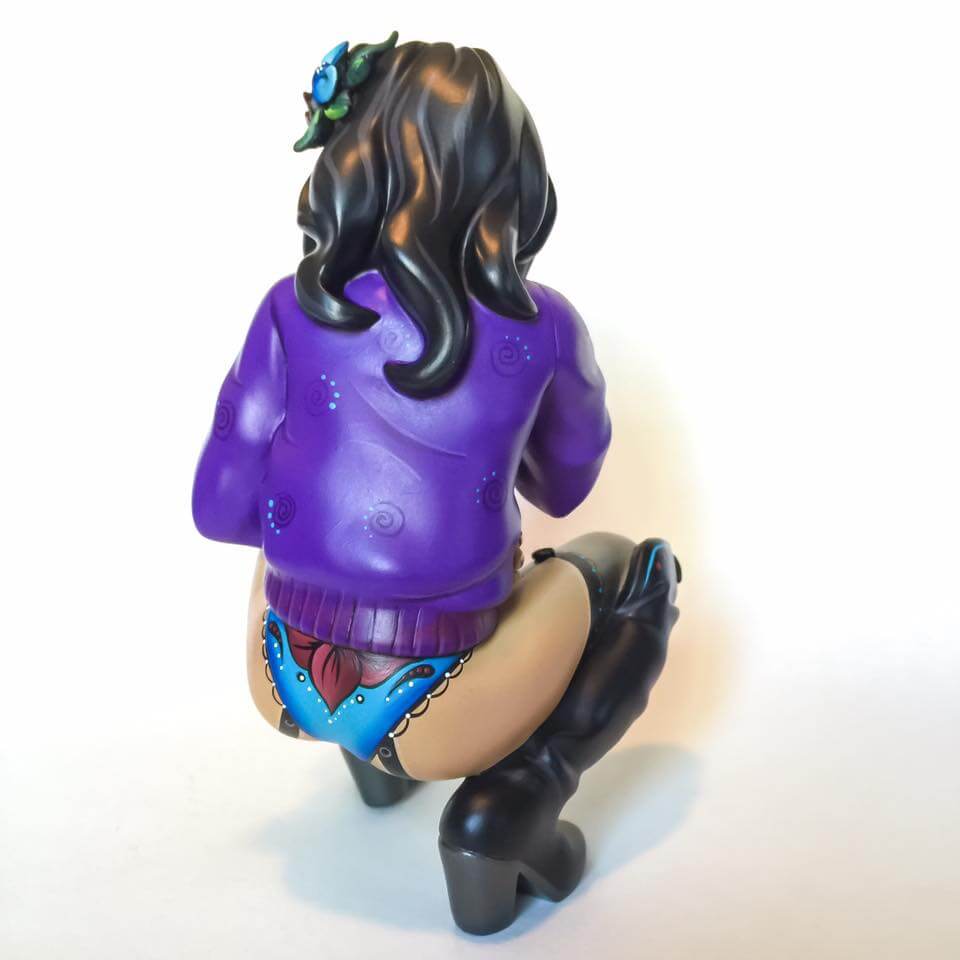 Miss November 1978″ vinyl figure designed by Paul Pope notorious and signature pose were to die for and remains one of Playboys iconic front page. 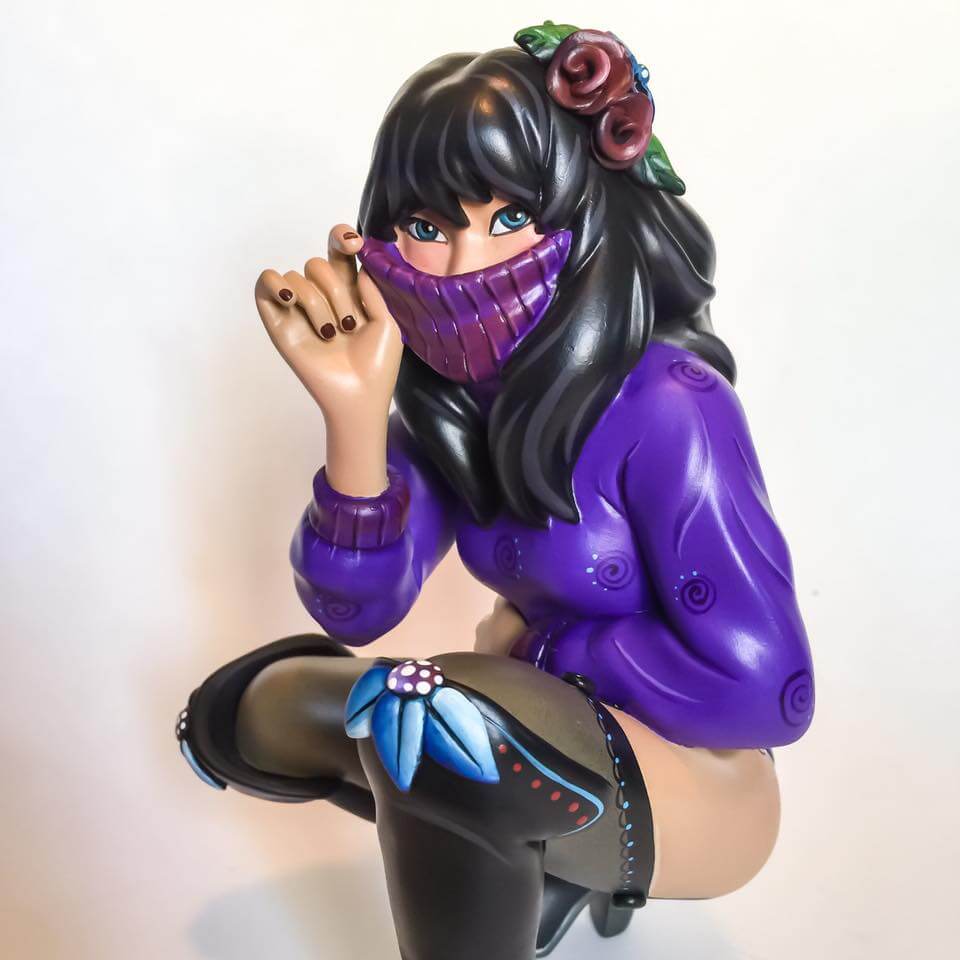 If you want a great custom from April you can find her via Instagram,Facebook , Google+ tell her The Toy Chronicle sent you. 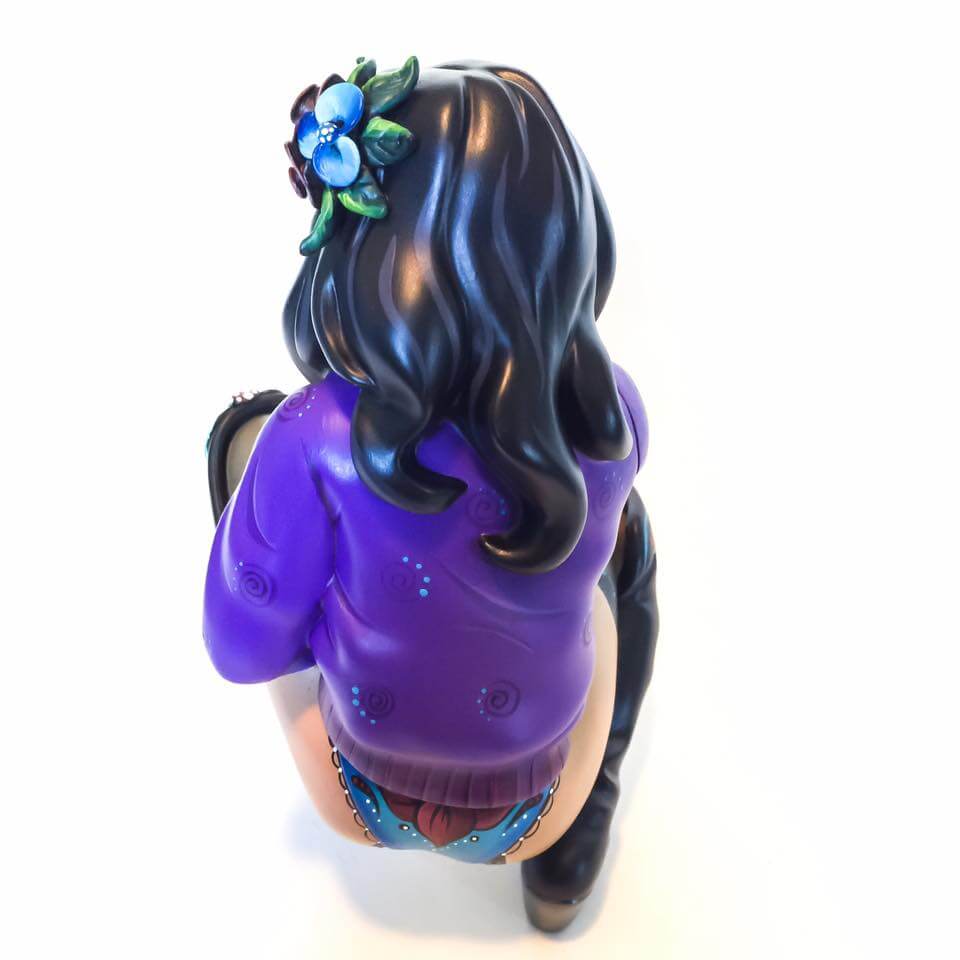