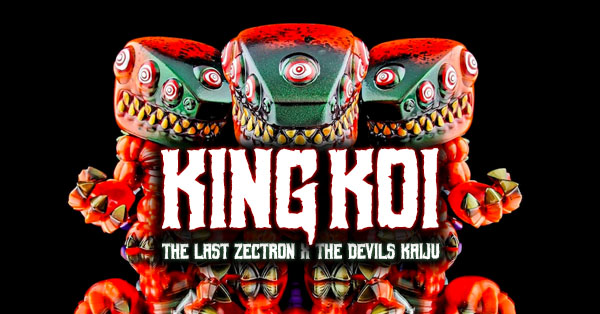 Produced by @unboxindustries with design by @thelastzectron and @pakka7, the Tug O War by Zectron was originally released as part of a ‘keshi’ style ensemble project between the now-disbanded Disarticulators & Unbox. Tug has become a much sought after sculpt and now it’s back for an elite run customised by the dark lord of sofubi @thedevilskaiju. This is the first ever painted run of the Chibi Tug O’ War.

This beautiful ‘King Koi’ edition features a superb paint job, deep colors against the orange vinyl cast with extra details on the eyes.

Standing at just over 4 inches tall with articulated forearms.

Drops Thursday at noon PST at zectron.bigcartel.com. Priced at $95 each.

Comes packaged like a Goldfish from the pet shop with a mini vinyl sticker included.

Photos from the amazing @manic_1mag3s. 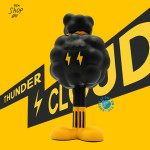