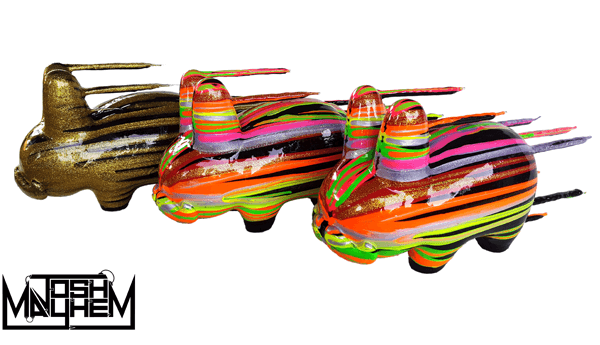 Josh Mayhem is at it again with his Blown Away series, this time taking on the Frank Kozik x Kidrobot Labbit. Whilst Josh has previously taken on one version of the Labbit back in October 2016, this is the first time that Josh will take on a full series of them! 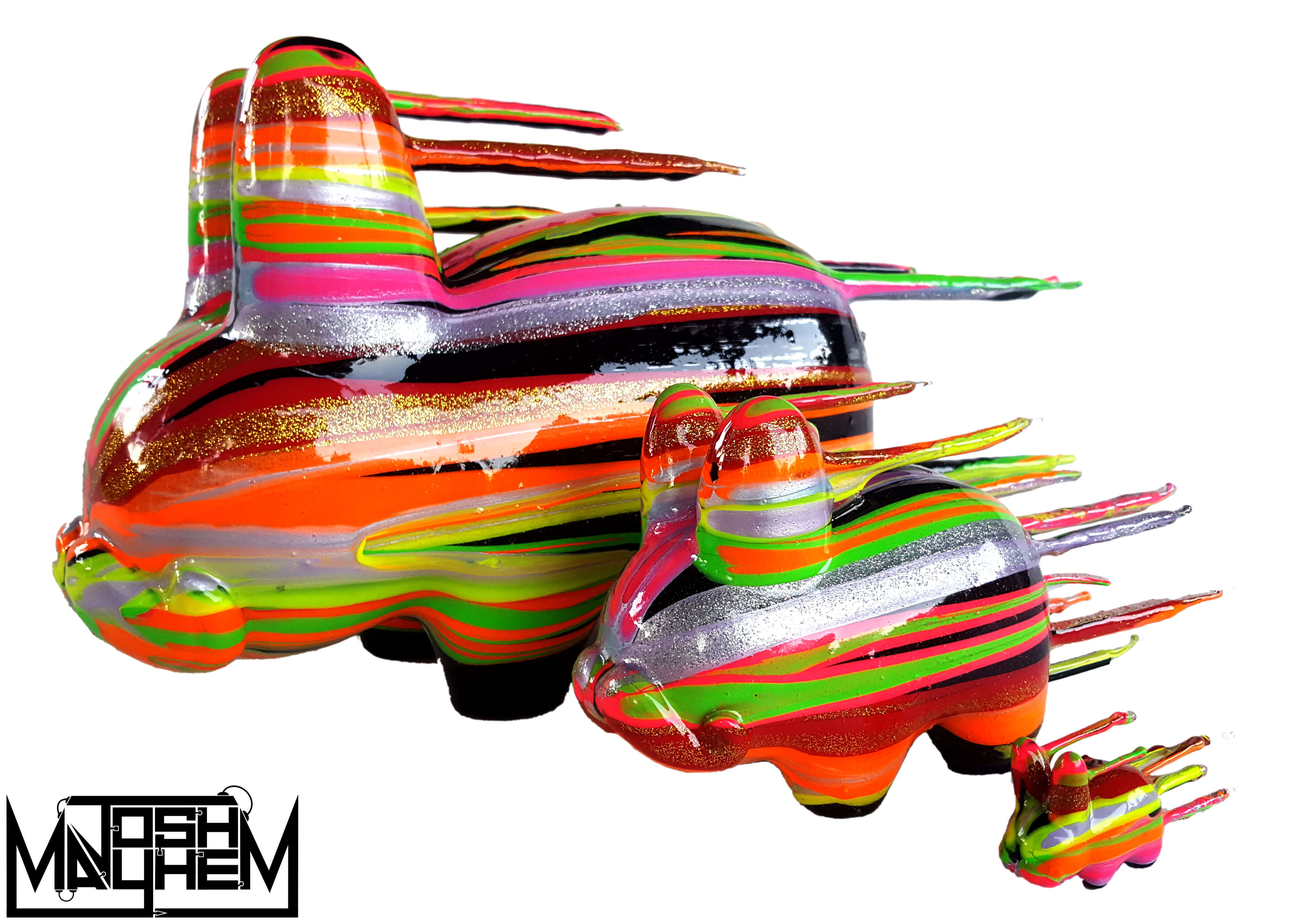 This brand new limited edition custom series features 2.5-inch, 5-inch and 10-inch Labbit’s in Josh’s signature “Blown Away” style. The Blown Away Labbit has been modified with multiple layers of resin drips and acrylic paints to create a wind swept appearance. Kidrobot and Josh Mayhem have previously partnered together to release several different limited editions Blown Away Custom Series. 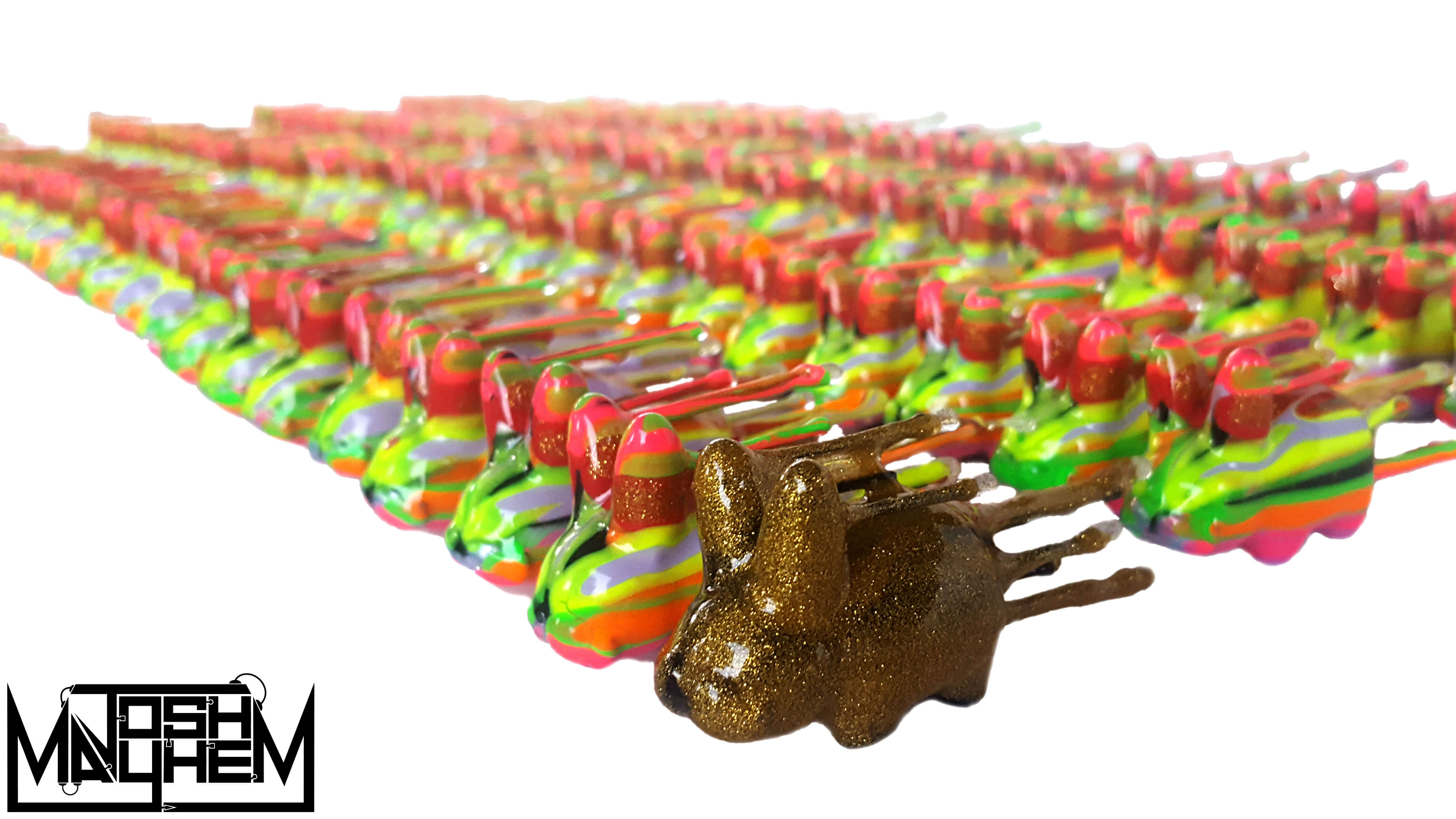 This Blown Away Blind Box Labbit Series includes one of a kind special chase piece variants unique to this collection.