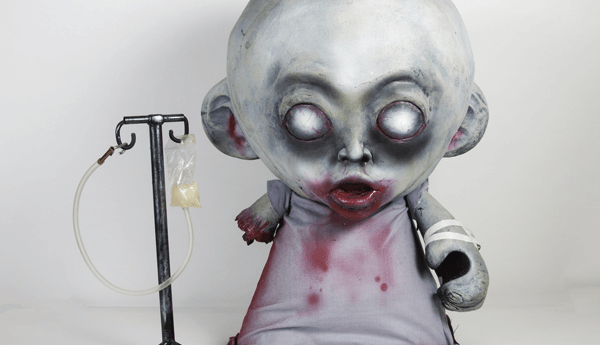 Almost three years ago, when The Toy Chronicle were only a few days old, J*RYU & Linda Le, aka Vampybitme, teamed up with Kidrobot to bring you a series of six custom Munny. Entitled the Faces of Death series. Each 20inch mega MUNNY had an encapsulated storyline tied into the mythos of zombies, presented by using the inside of the head to establish the environment for which the Munny designed had emanated. You may recall it. Many a moons ago. It Started As A Fever was one of those Munnys. 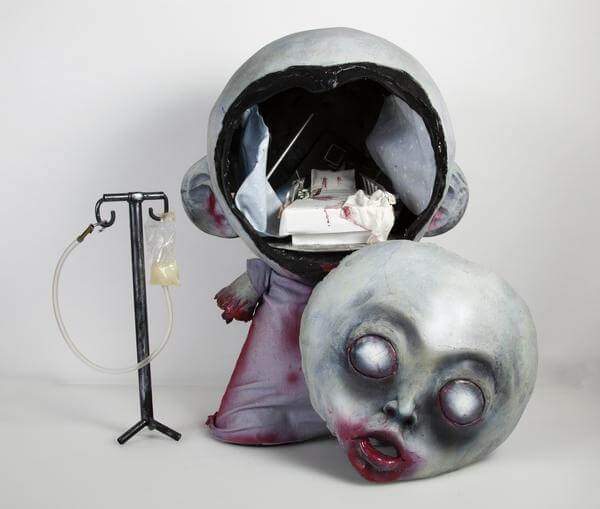 For It Started As A Fever, the piece details the origin of the “outbreak” where the dead would rise, and it starts in a hospital room where something terrible has happened.  The piece is made with epoxy, painted with acrylics and set design was mixed media.

Anyways as the stories go, four of the six Munny were on show at Kidrobot retail locations. For reasons we do not know, It Started As A Fever is now available to purchase. Priced at $3000/£2463. If you fancy showing this incredible 20inch custom Munny in your collection, and you have the funds, you can pick It Started As A Fever on the Kidrobot store HERE.