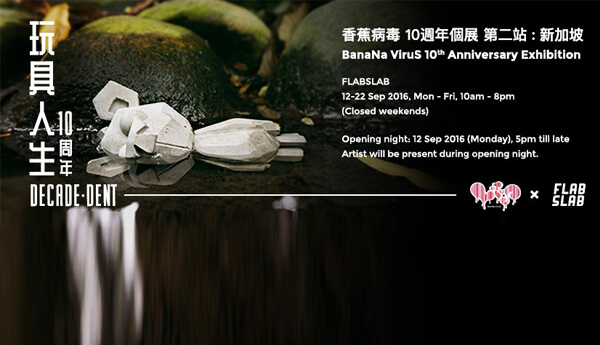 STGCC 2016 isn’t the only the exciting thing happening in Singapore over the next few days. Our buddies at FLABSLAB HQ are holding “Decade Dent” show with the much adored taiwanese artist BanaNa ViruS from the Genesis4 collective. This event will mark his 10th year in the scene, huge milestone in our opinion. BanaNa Virus signature designer art toy LOIC has been transformed by a host of artists from around the world and ready to shine at the “Decade Dent” show.

Here’s a few teasers of what you can expect to see at Decade Dent show. Grab your bibs to hold your drool.

The design is based on asymmetrical balance and the combination of points, lines and surfaces, which make LOIC special from others. LOIC represents itself as “Fan”, who always accompanies with everyone. It transmits the essence of “CONTACT”. The no-mouth design also aloud it to follow any emotions.

LOIC has been exhibited abroad these years. After 2014, It became Chance Entertainment Company’s own brand of virtual doll figure. After then, BanaNa ViruS has turned the main customer market back to Taiwan,Hong Kong, Macao and other Asia countries. And it has cooperated with a variety of different brands.

Dec 2014 he was signed to 1 branding company call Contact Bear, where virus gave them his copyrights to let them to use his Loic bear images/toys to do some commercial or advertisement appearance like MTV, Movie and video games.

With personal design insistence and cooperating with foreign designers and exhibitions, BanaNa ViruS has become an worldwide designer whose works have been seen in many countries. 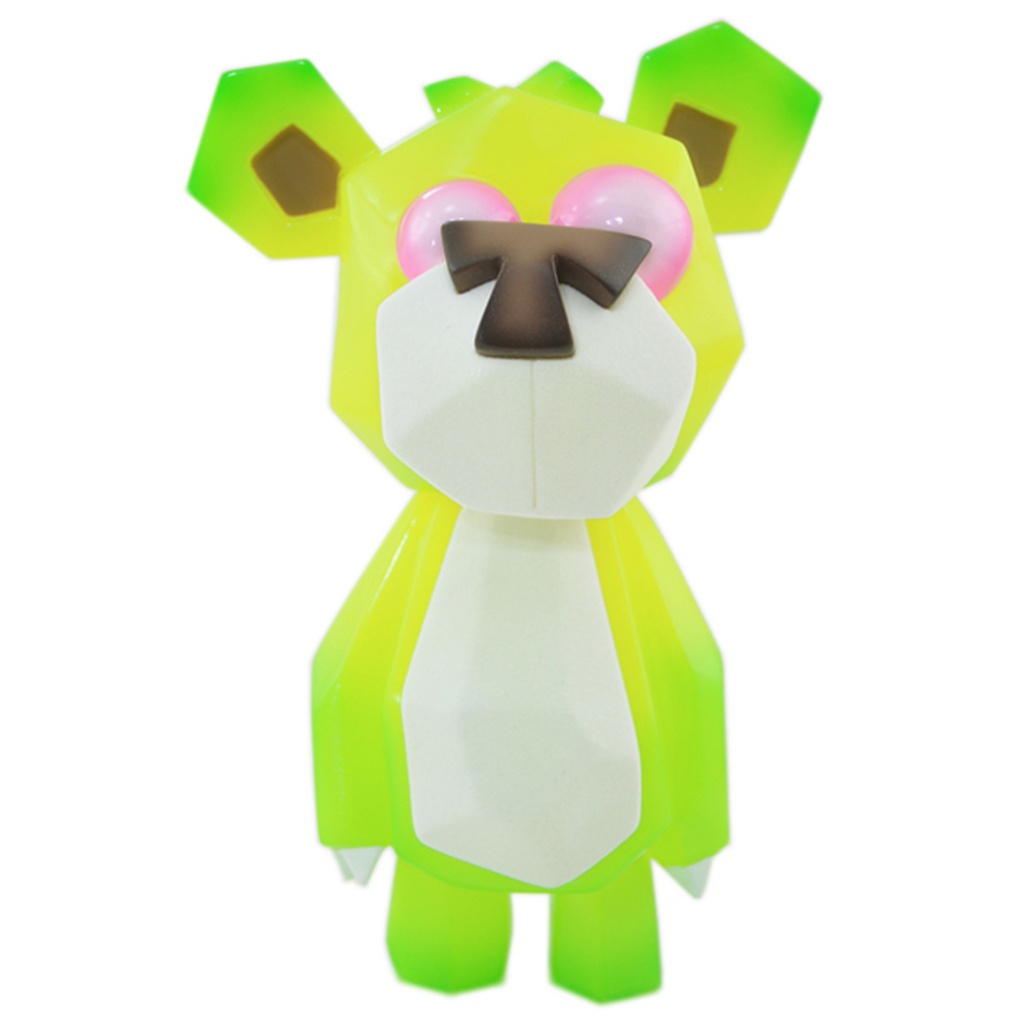 For his Decade Dent BanaNa ViruS has specially prepared 10 pieces of this 4″ PINK GUMMY BEAR Loic Bear for sale. 10 pieces to commemorate 10 years as an artist. 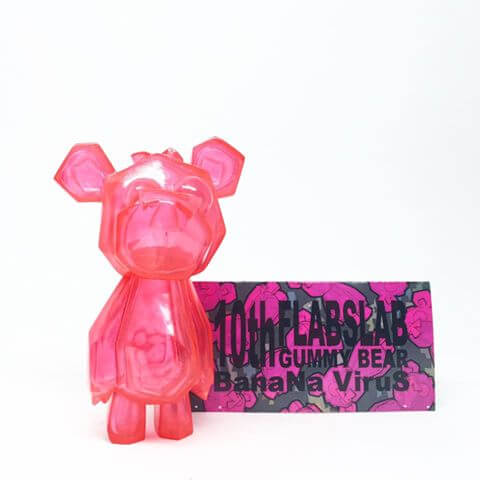