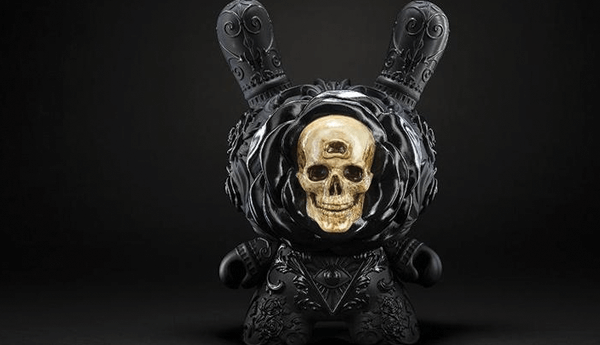 The Toy Chronicle have never hidden our love for the Clairvoyant Dunny by JYRU, so today we were pretty psyched to see that Jesse was about to release a new custom version of the glorious 8inch Kidrobot Dunny. Each of these new customs featured a beautiful hand-painted skull, as well as elegant gloss black on matte black detail work by JRYU. Deathly beautiful. Death Blossom. 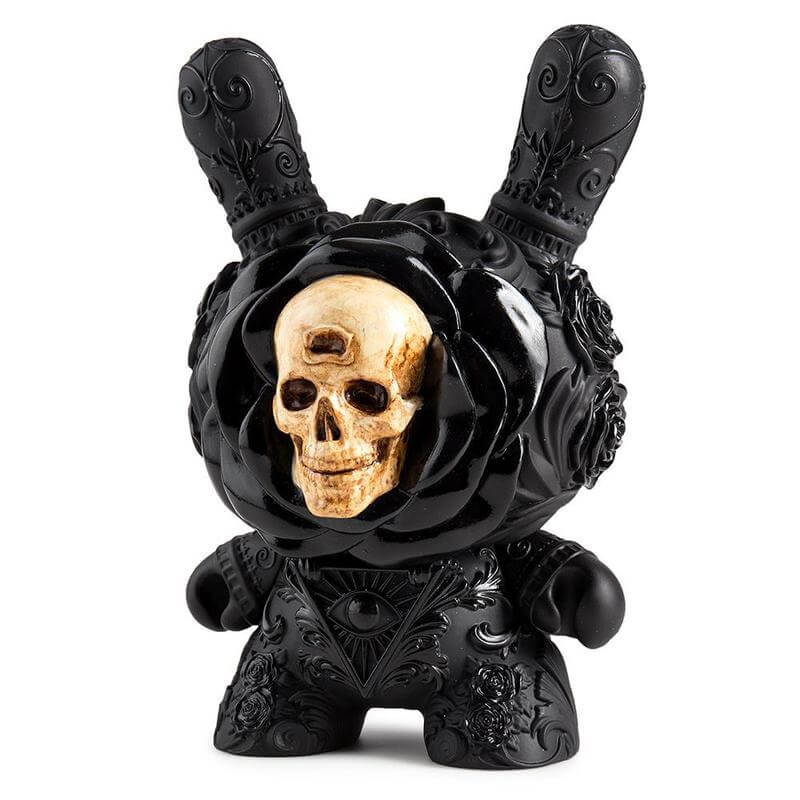 Unfortunately, Death Blossom sold out in super quick time. Priced at $650 and limited to 10 pieces, Death Blossom was a case of fastest finger first and didn’t last long on the Kidrobot site. There were rumours of the same custom available on the JRYU store at $450 but they have since disappeared into the ether. Each Custom 8inch Dunny came with its own resin-cast crystal ball Dunny. 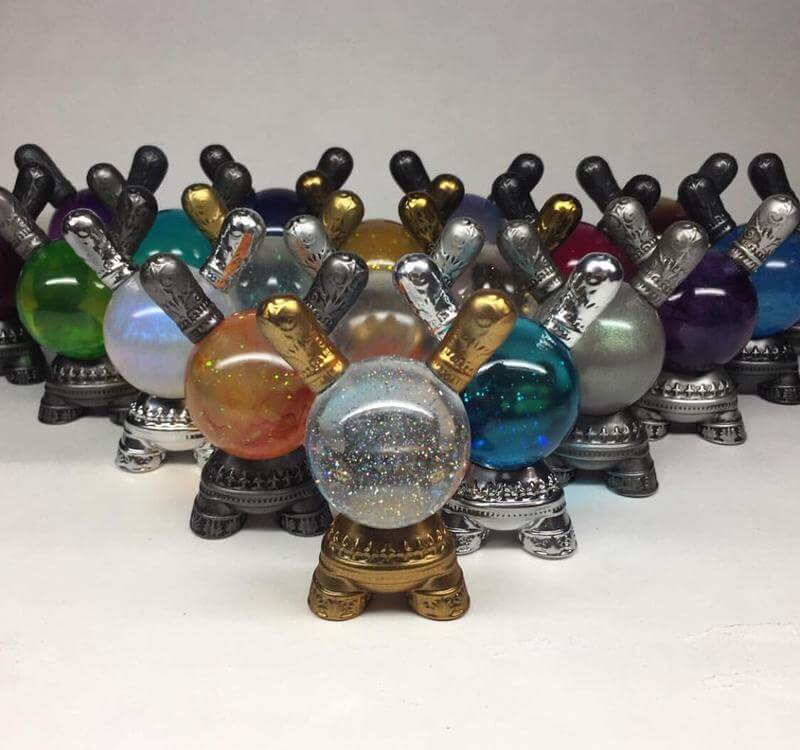 One thing that caught our attention on the Kidrobot page for Death Blossom was their statement “This limited edition custom series of 10 celebrates the end of the first phase of Kidrobot’s critically acclaimed Arcane Divination line, at the same time peering into the future for what’s to come” DOES THIS MEAN A SECOND PHASE OF ARCANE DIVINATION IS COMING?! We bloody hope so. The Arcane Divination Dunny series was by far the best Kidrobot Dunny series to be released in many a year. We fell in love with the series from day one and hope that we’ll see more Arcane Divination releases in the future. Keep your eyes on the TTC Mobile App for possible future information!