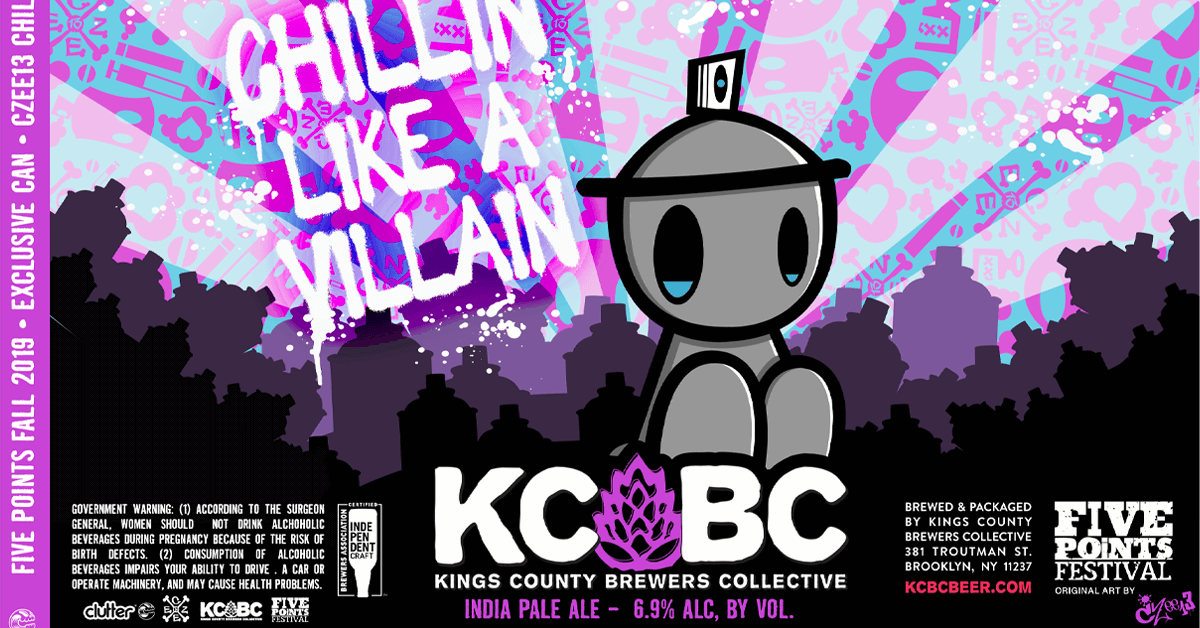 Just like the OG Five Points Fest, there will be craft beer flowing at the upcoming Five Points Fest Fall this coming weekend! As was the case in 2018, Five Points Fest have given the honour to their adopted son, Czee13 to create the special artwork for the TWO beer releases this weekend.

Bushwick Brooklyn based Kings County Brewers Collective has once again partnered with UK street artist CZee13, and Five Points Festival to release two limited edition collectible cans, each featuring the Czee Canbot! An Octoberfest Lager in the form of the 5.4% Fallout and 6.9% Chillin like a Villain hazy India Pale Ale. If the IPA doesn’t make it over to the TTC HQ, we will be serious P I S S E D! Each can is limited to 100 each and will be available at the Five Points Fest Fall weekend at 815 Broadway, NYC.

Even if you’re heading to New York Comic Con that weekend, you can still swing by the Five Points Fest Fall event as it runs much later through to 10pm!