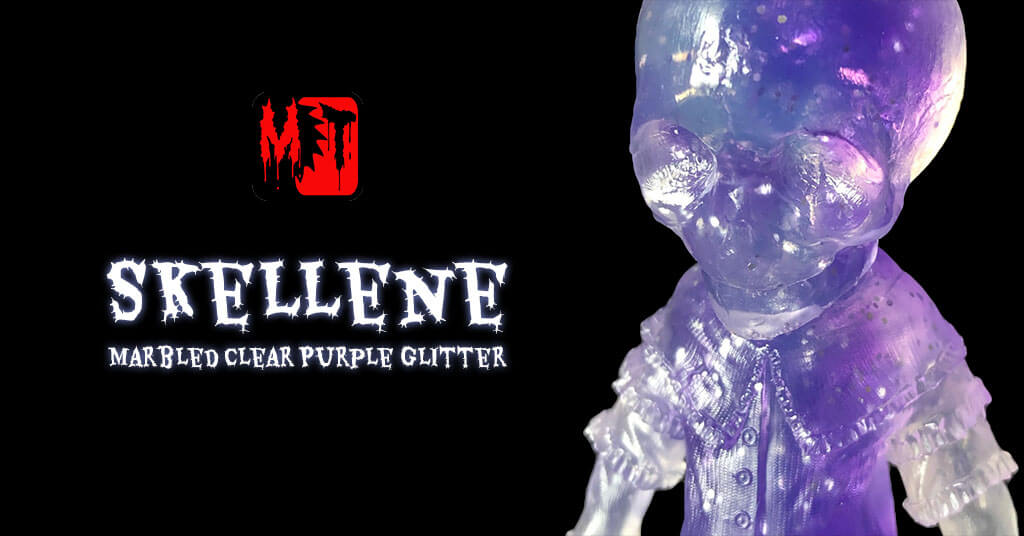 Skellene, the mourning doll by Miscreation Toys returns once again to haunt you. This time around in a very special hand cast resin version by DuboseArt and made to order for a limited time only.

From time to time, a little impoverished girl would be seen wandering alone in one of these cemeteries playing with the mourning dolls left at children’s graves. No one knew who she was or from whence she came. One day her visits stopped and eventually her lifeless body was found in the woods nearby. Nobody ever claimed her, and she was buried in an unmarked grave in the cemetery.