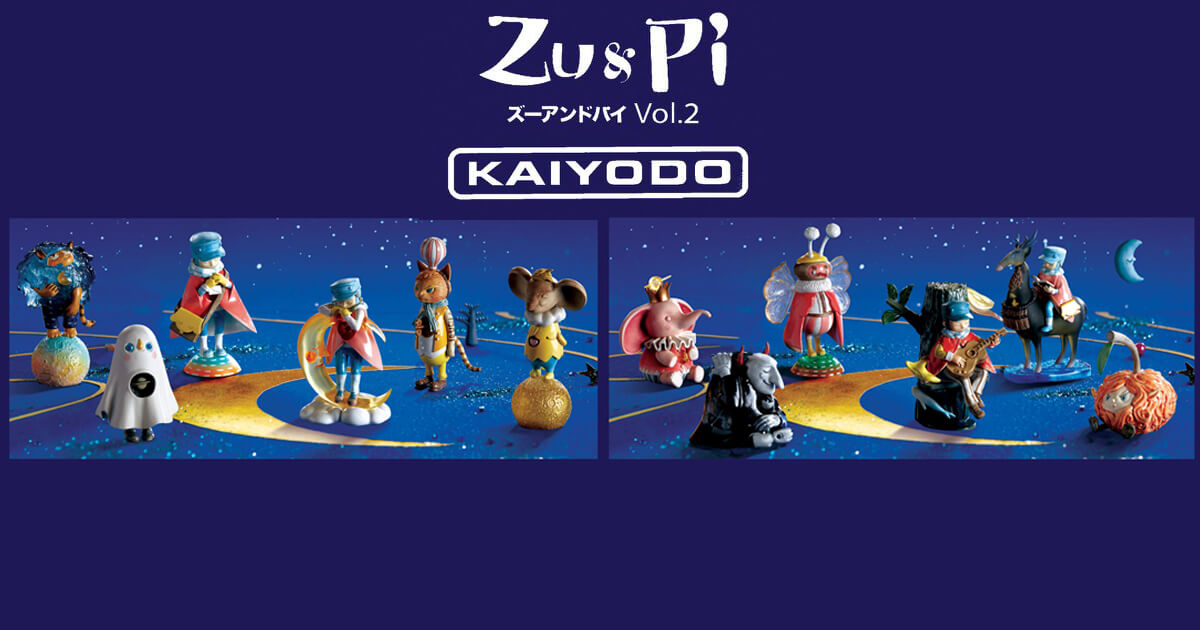 One beautiful encore coming this weekend with Zu & Pi mini-series2 by Steven Choi x Kaiyodo! Like we said previously, just like the first series HERE, expect charming, elegance, majestic sums up this mini-series from Steven Choi. If you have been keeping tabs on Steven over the past few months, Steven has been showing glimpses of series 2, powered by Kaiyodo. The series takes you deeper into his world of “Zu & Pi” with new and classic characters seen in Steven’s artwork and past designer toys. The packaging is beautiful as well as the figures! and the series features Six in the series, each box includes 1. figure 2. mini-book 3.coin 4. background card 5.plan. Zu & Pi mini-series 2 will make its debut at Kaiyodo booth at Wonderfest

Look out for the retail release.