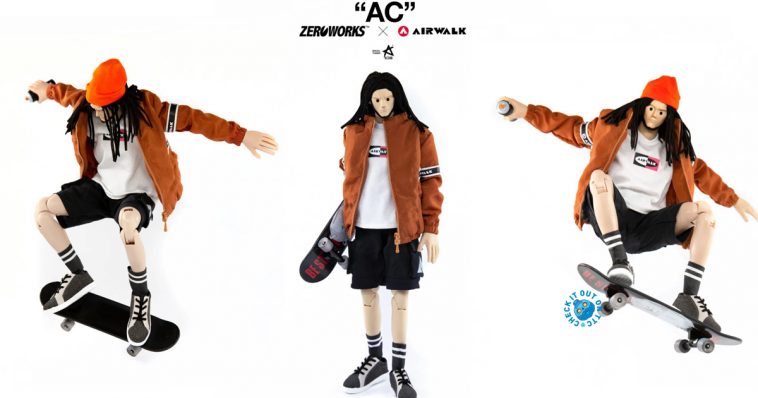 Led by ACSK8, a famous skateboarding company in Hangzhou, ZeroWorks’ highly sought after skateboard 1/6scale high-end action figure, “AC” has once again been favoured by the California skateboard brand AIRWALK giving collectors a chance to own this collaboration! Mixing cultures and scenes together in one collectable.

ZEROWORKS, has such a soft spot for skateboarding culture, on August 4, 2016, the International Olympic Committee voted unanimously and skateboarding officially became a competition event for the upcoming Tokyo Olympics. As the skateboarding show with varied nature like “Ultimate Youth” enters the public eye, the unique dressing style of skaters also affects everyone, and the skateboarding spirit has spread to more and more fields. As one of the most famous street extreme sports, skateboarding is always inseparable from the trend. As the world’s street culture centre, the United States, with the continuous development of skateboarding culture, gave birth to many excellent skateboarding brands that have been established for decades. In 1986 AIRWALK. Founded by George Yohn and Bill Mann, is one of the most famous brands. At the suggestion of Garry Davis, former assistant creative director of “TransWorld SKATEboarding”, Tony Hawk’s move “Airwalk” became the brand name.

Taking off from the slope before landing, the two feet were taken off the board and stepped in the air, which also became the brand’s iconic visual identity. ZEROWORKS, an action figure brand that insists on deepening the trend of sports, is attracted by the strong skateboarding culture of AIRWALK. Two brands in different fields have come together. After nearly half a year of development, the spirit of skateboarding has been injected into the figure “AC” which has always been sought after by collectors. 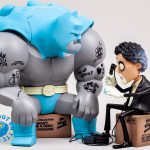 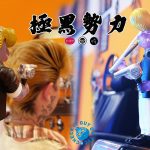