This cat isn’t your ordinary cat; he’s had an incredibly sad and hard life. Upon birth, he was abandoned and forced to live alone as a street cat facing peril and danger. Despite growing incredibly strong due to his rough upbringing on the streets of Japan, he still ended up dying, and out of his hate for humans, became a Yokai. He now takes vengeance by shape-shifting into a basket of meowing kittens on porches of the unsuspecting – only to transform back into a Yokai cat when the door is answered. He attacks whoever opens the door, and wreaks havoc on the inside of their home, delivering revenge to those who turned their eye on him when he was in need. That’s where his name comes from… “Wananeko”, which in Japanese, means “Trap Cat”. You can watch the following video to understand the story better:

Wananeko was created and designed by Javier himself, sculpted by Cristina Ravenna and hand casted by Rafael Rodriguez Santos. The figures are also painted by Javier Jimenez.

The figure is made of resin and stands approximately 4.8in (12cm). It will come in a plastic bag with header card (more info and pics soon) and will include some stickers. 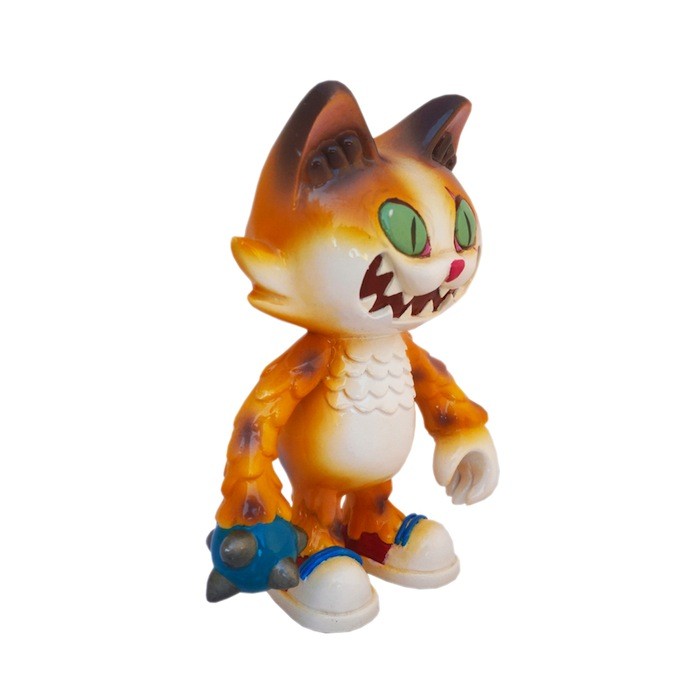 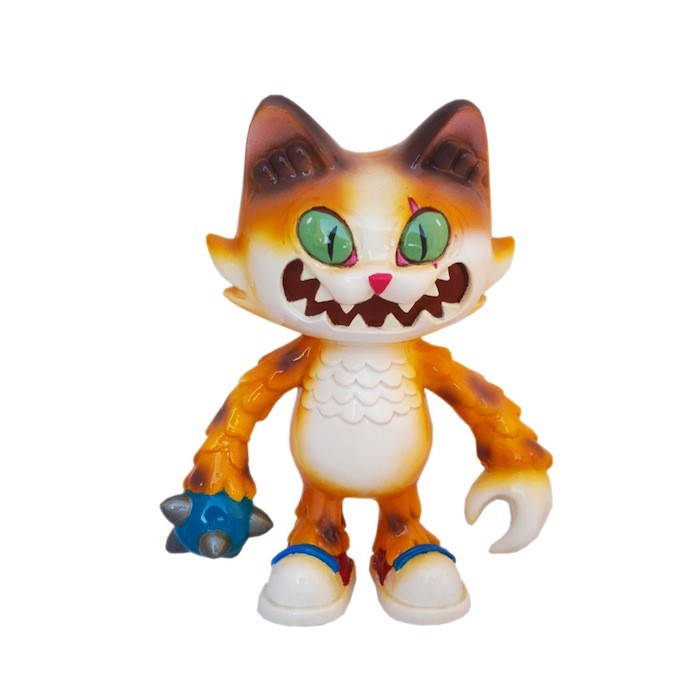 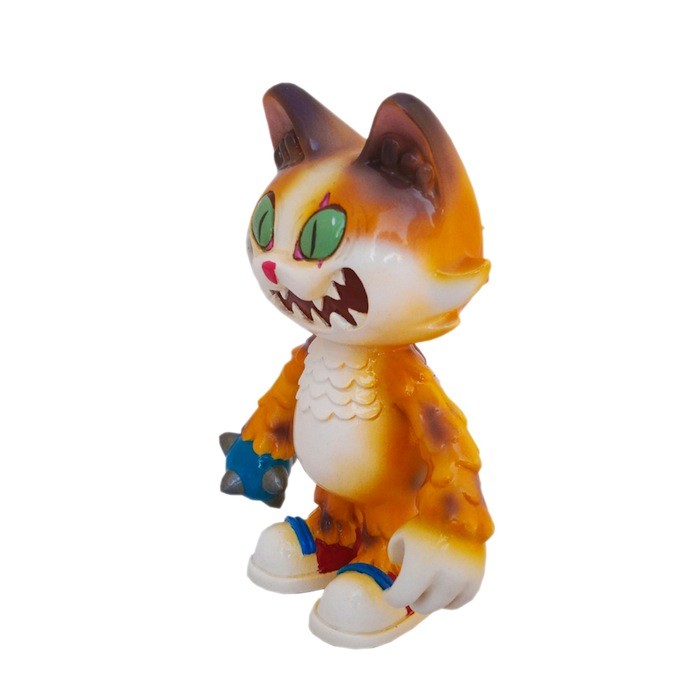 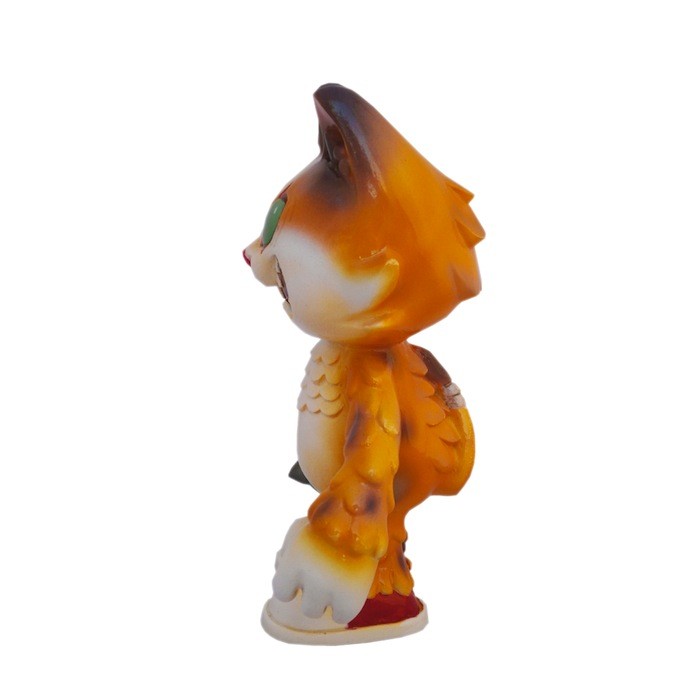 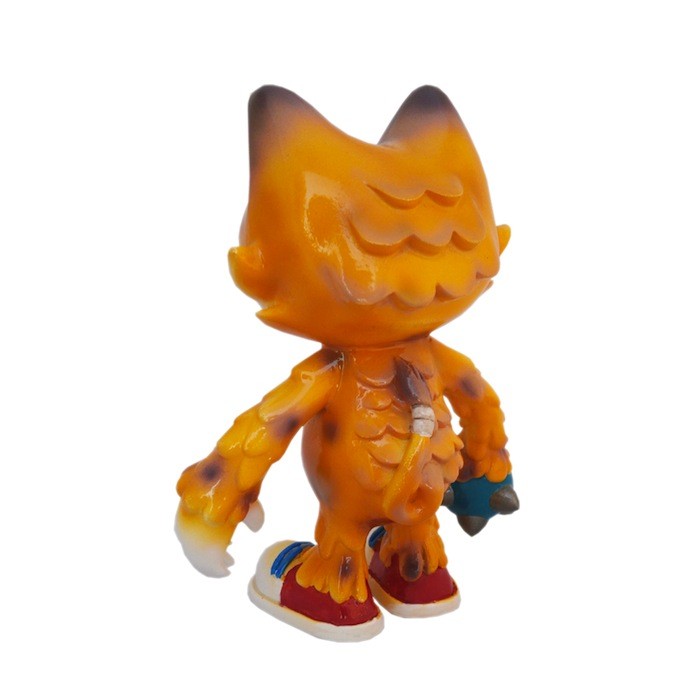 The first release will take place at the Tokyo Cat Fight show that will be held the 5th and 6th of July at the Design Festa Gallery in Harajuku, Tokyo. A very limited edition in the original colorway seen in the video and illustrations will be released along with just a few one offs, all hand painted by Javier Jimenez.

Will you open the door? 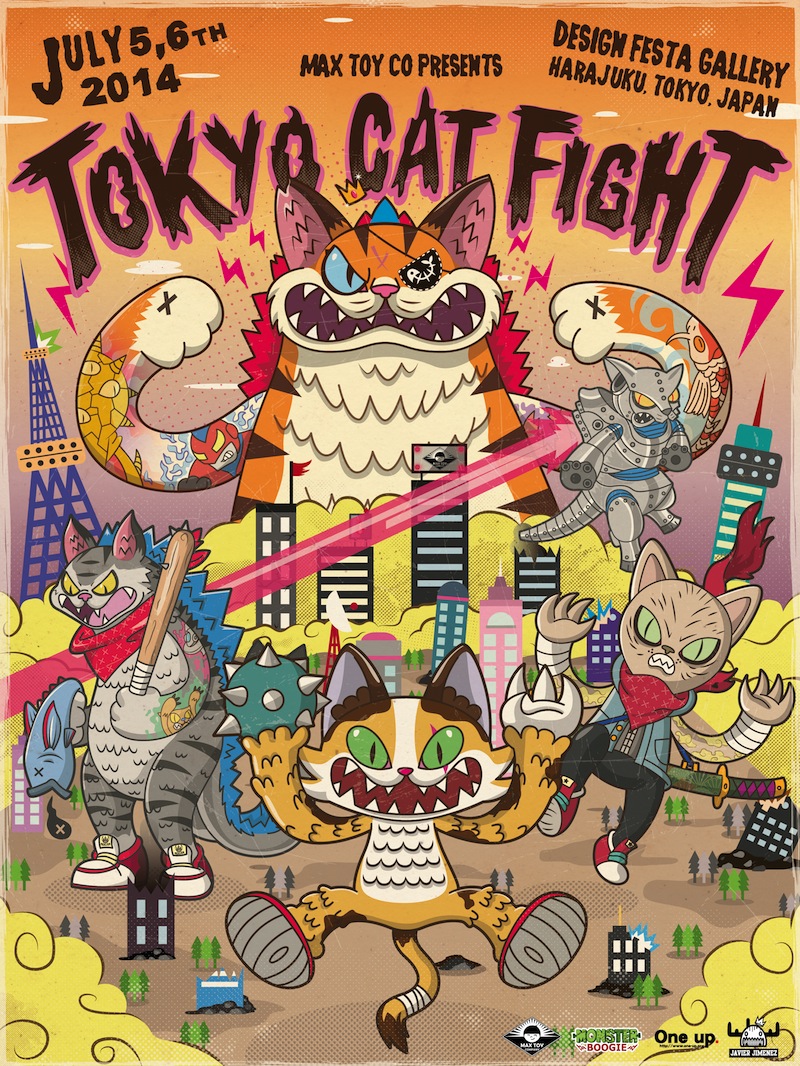 Give him a Holla Via

Before you all leave here are a few WIP shots of the process of making Wananeko. 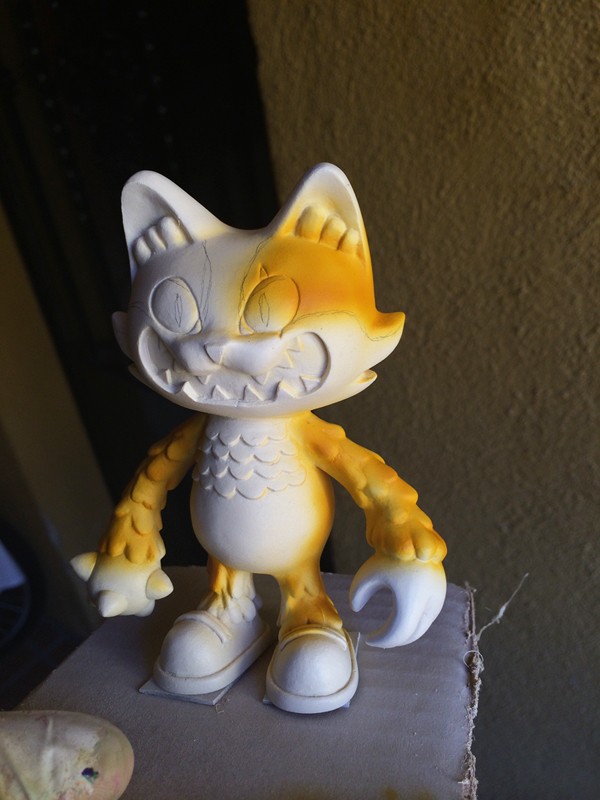 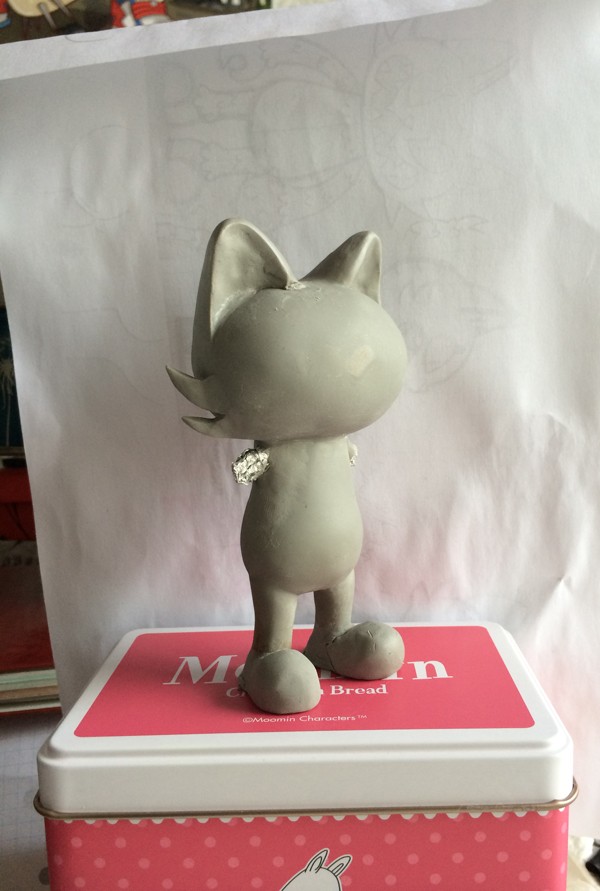 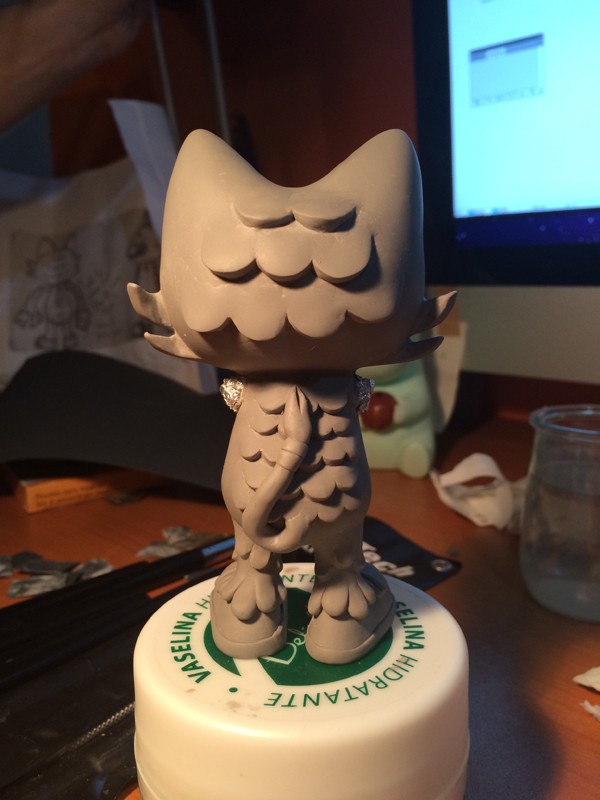 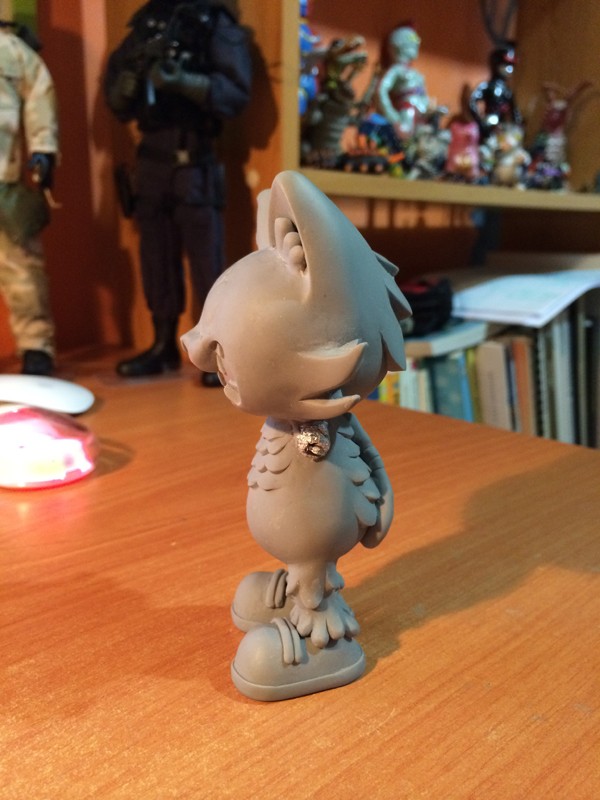 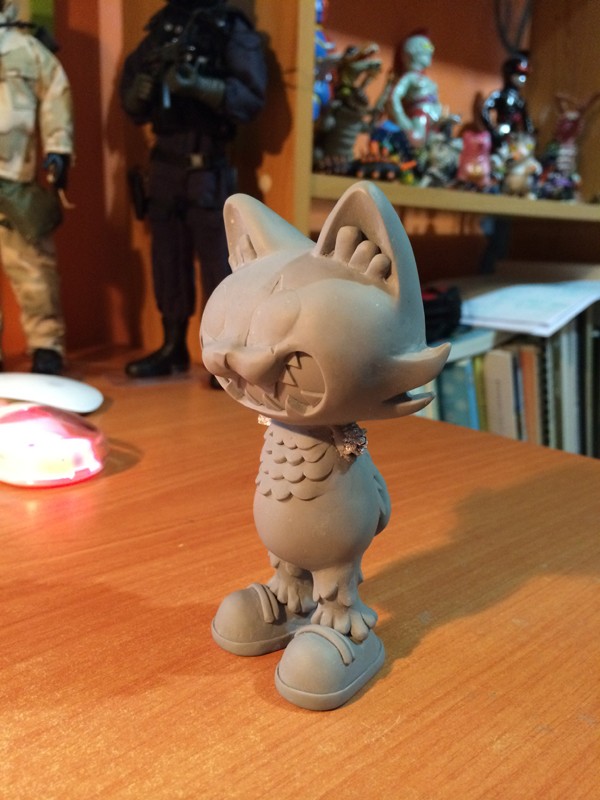 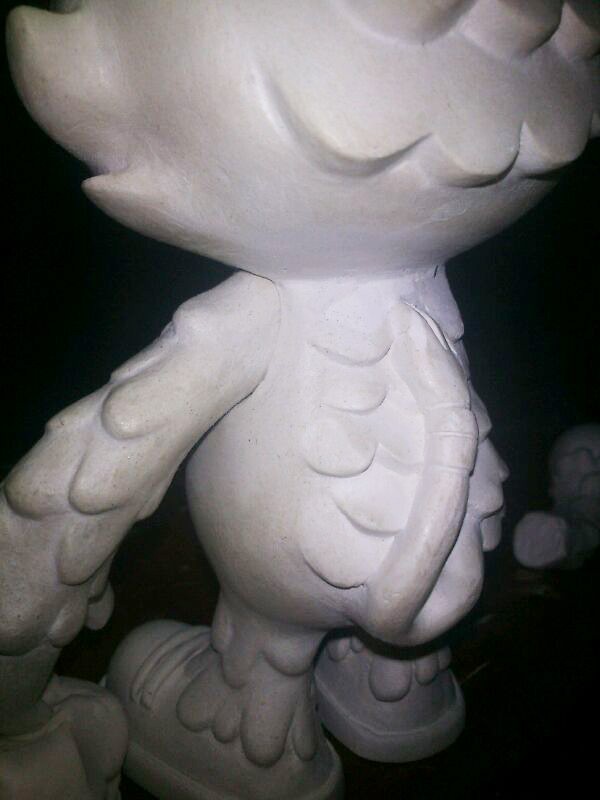 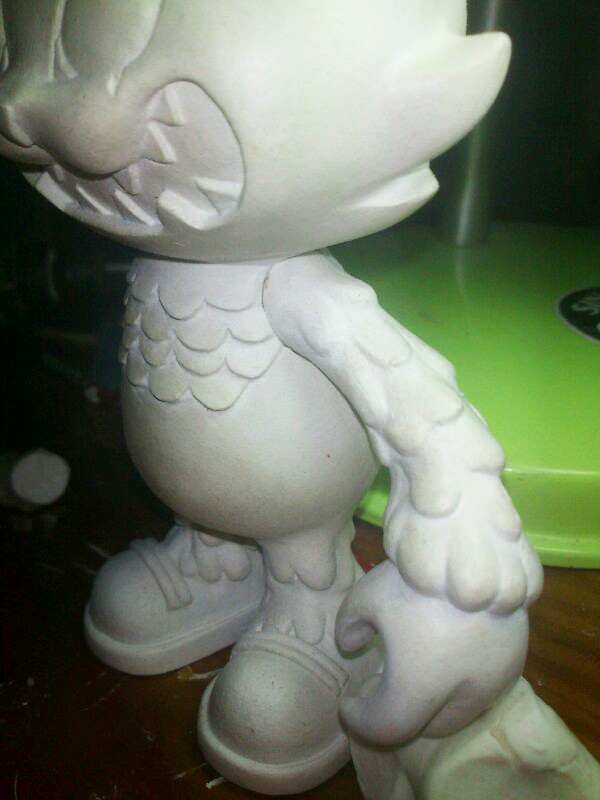