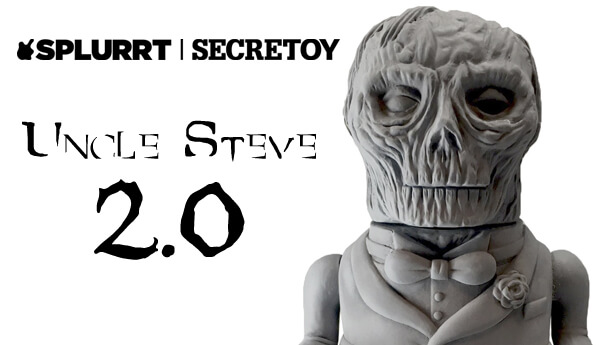 Splurrt’s Uncle Steve is somewhat of a legend in the sofubi world. A true tale. First debuted 3 years ago at Designer Con it quickly disappear due some production issues. The second time Splurrt attempted to recreate Uncle Steve it was lost in a studio fire in Japan. Yes, a studio fire. Now it’s coming back to life like a sir. Can this be our opportunity to own the mythical Uncle Steve? We sure home so as the the wax and joint work is already complete and the metal molds are currently being made. Pre-orders are now open, so let’s help Splurrt end (and thus begin) the Uncle Steve tale; 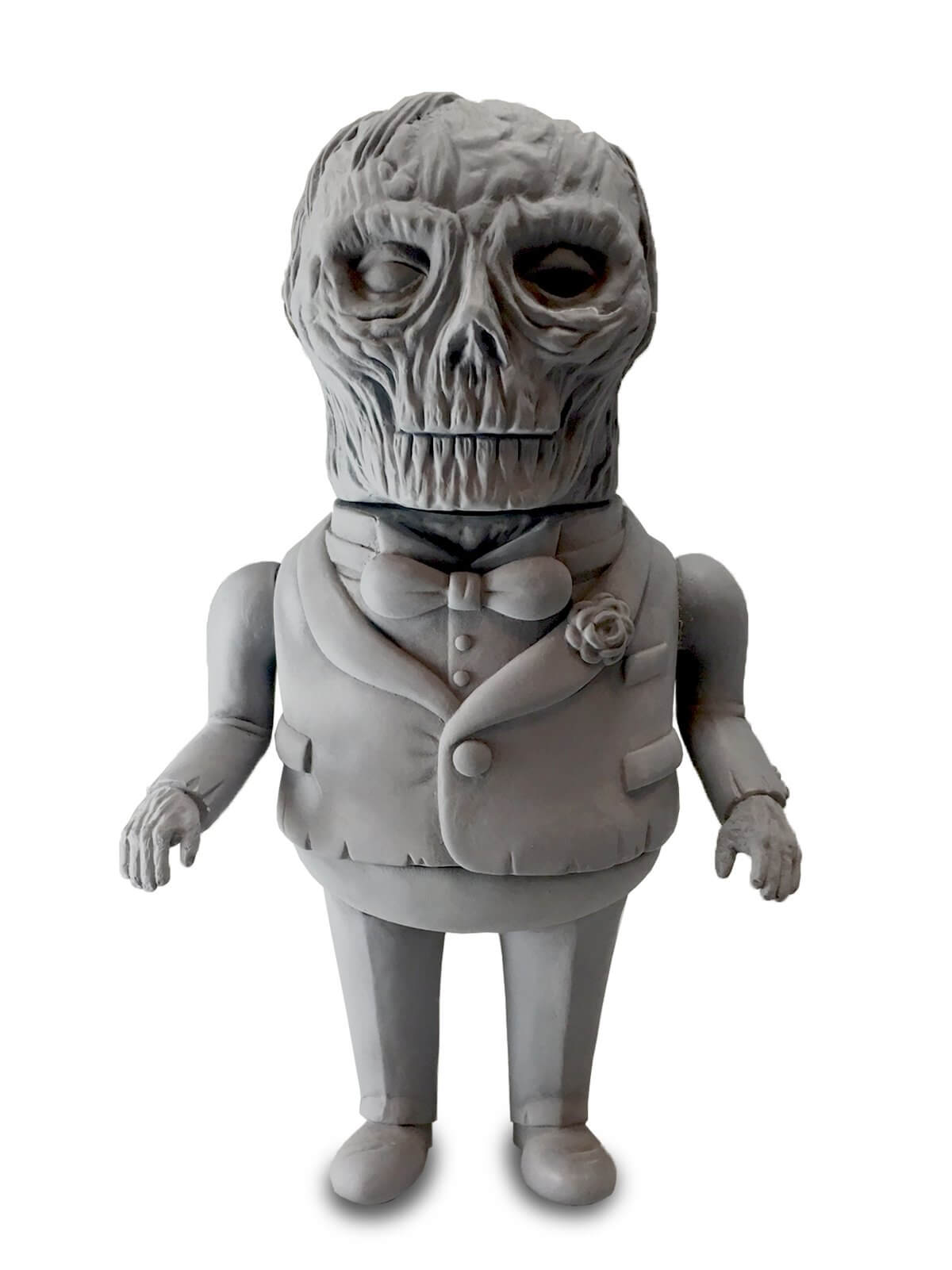 This is a very special piece, Uncle Steve is named after Splurrt’s real uncle, ‘…an avid collector of comics, magazines, posters, and other cool things…’ . He would often gift him comics and old magazines, like the EC reprints and other creepy cool stuff and every time he would tell him ‘Don’t tell your mother’. As an easter egg Slurrt hid those words inside Uncle Steve, stamped into the waist joint. 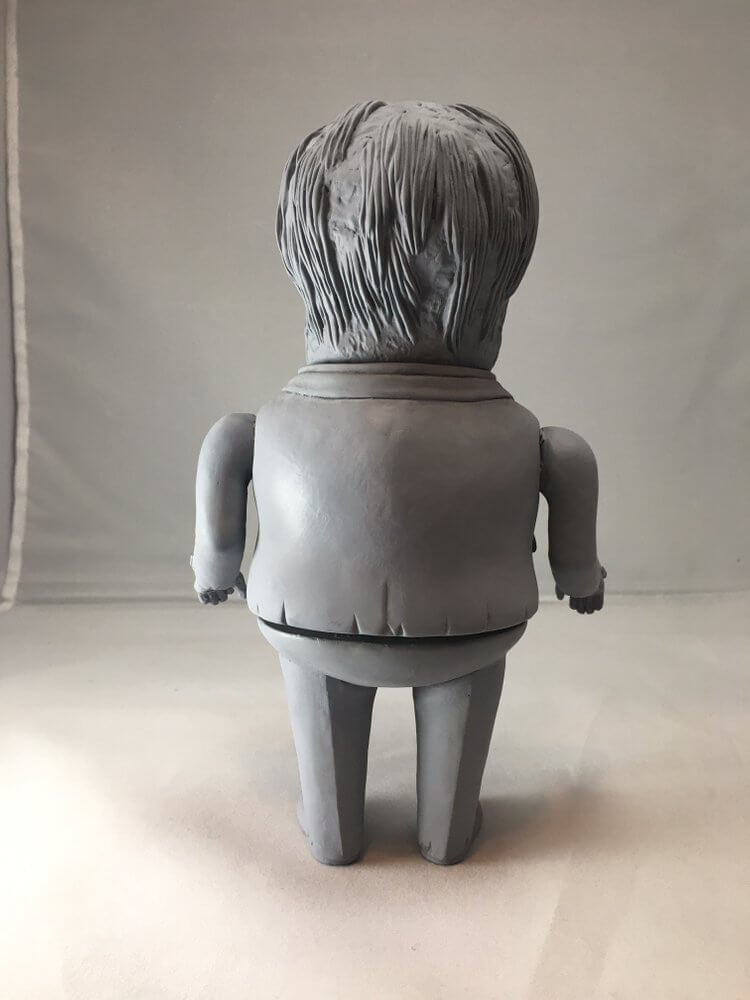 Uncle Steve stands 8″ tall and featuring articulation at the neck, waist, and arms. Made in Japan . This edition will be cast in black vinyl infused with a light glitter. This pictures are from original prototype and the finished wax casting for mold making. 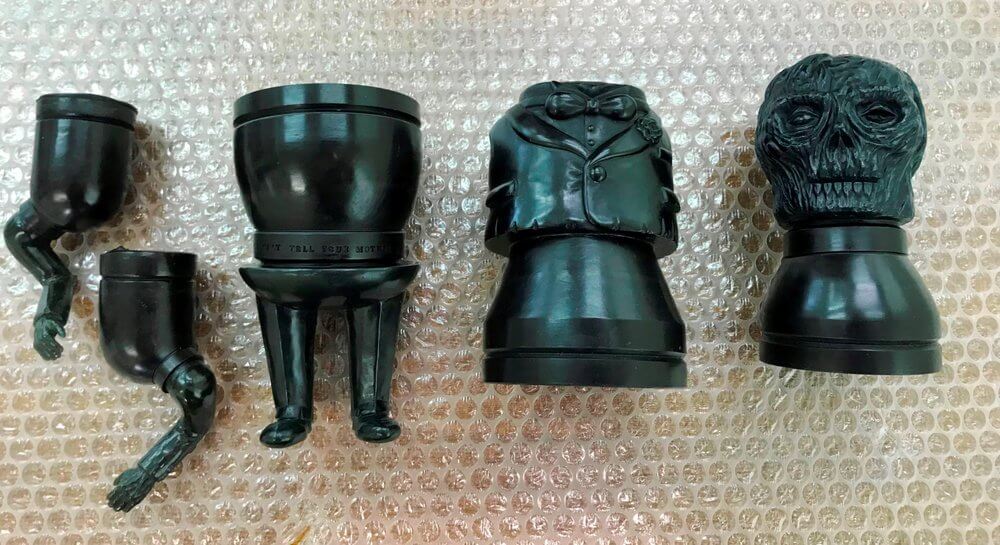