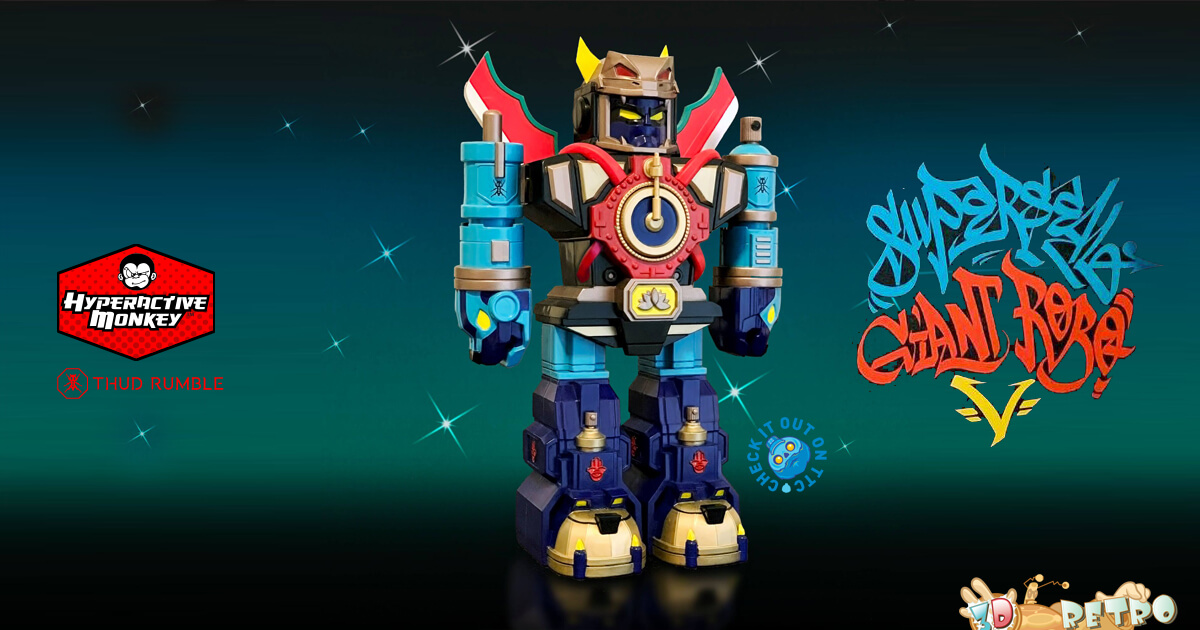 DJ Qbert’s Super Seal Giant Robo V record (2017. Thud Rumble) featured an exciting album art concept designed by graffiti artist East3 split across five variant covers—one for each lion—that formed the Super Seal Giant Robo V when assembled next to each other. Fast forward to 2021 and the album art is set to come to life as a full-fledged art toy designed by Jerome Lu of Hyperactive Monkey and produced by 3DRetro.

Inspired by East3’s use of spray cans on the bottom two leg robots, Hyperactive Monkey transformed the rear of the yellow seal into a spray can. Carrying the tools of the trade concept through, the rear of the blue seal features a headphone jack. Beyond the new sculptural elements, the toy design also incorporates iconography throughout including the Thud Rumble Beedle logo and spiritual elements including Hamsa Hands and a large Lotus Flower below the turntable.

The choice of ABS plastic lends the Super Seal Giant Robo V art toy the nostalgic look and feel of the robot toys of the past. Moving the head and arms feels ‘right’. The hard plastic is also perfectly suited for the crisp, tight edges of the design. In fact, the two horns are exceedingly sharp.