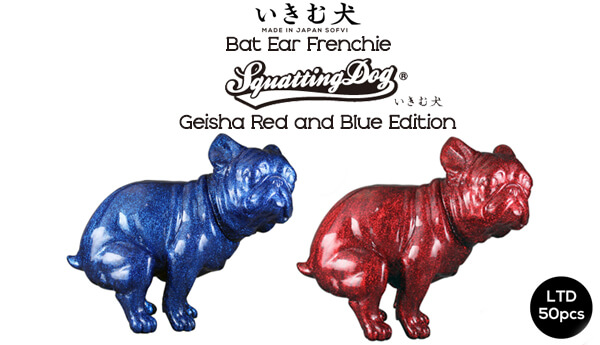 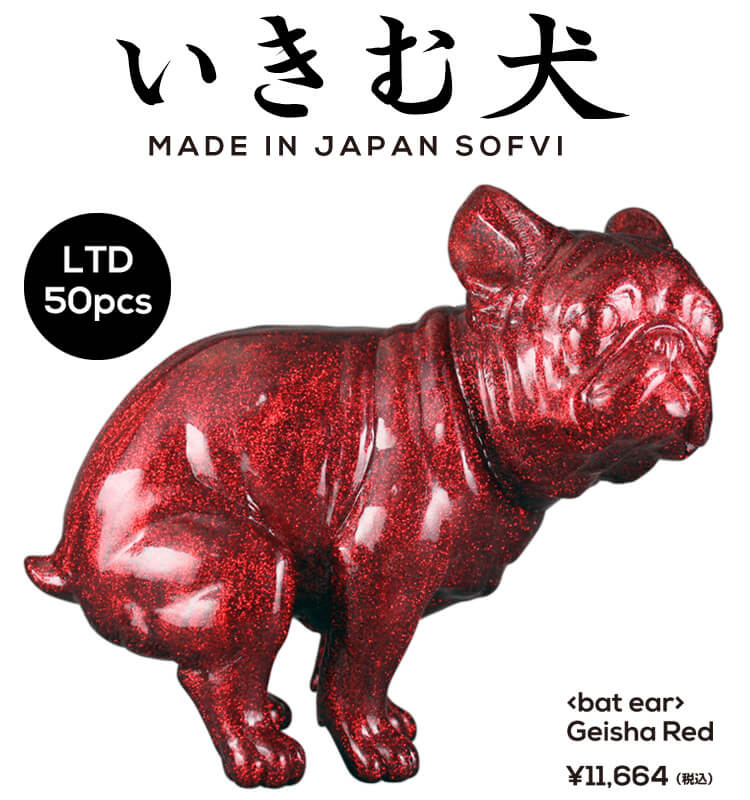 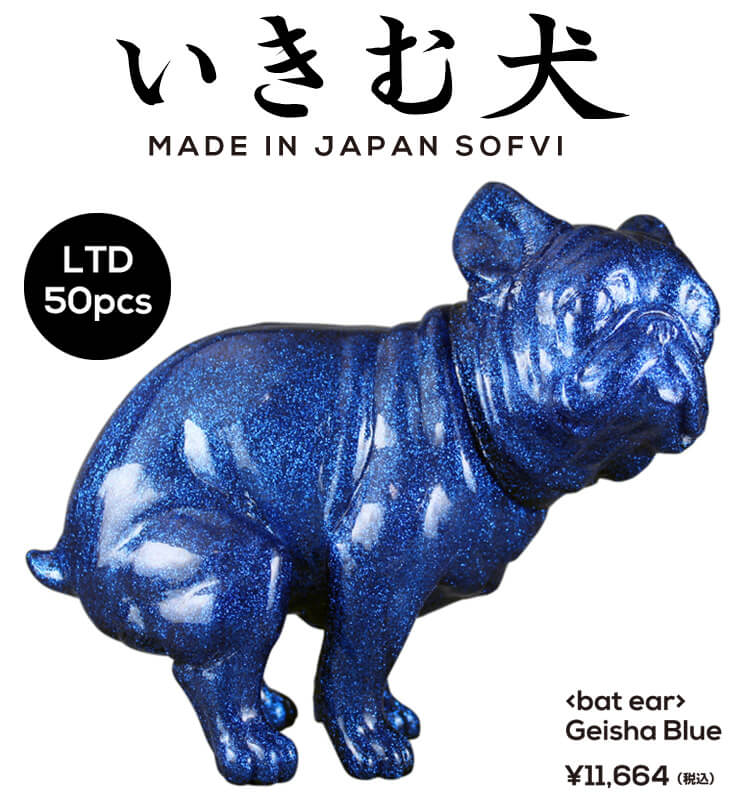 “I made a point of not naming or identifying the Squatting Dog because I would like you to think of it as your own pet, not just a toy figurine. I would like all owners to name their Squatting Dog and create their own stories about his or her background. But the only starting point I can give you is that your Squatting Dog was made and born in Japan.”

“Why made and born in Japan? Right now, it cannot be made anywhere else. The texture of the material, the facial expression, the precise and intricate composition necessary to achieve the perfect balance between the four legs, the fine detailing of every squatting muscles all require the technical expertise only found in Japan.” 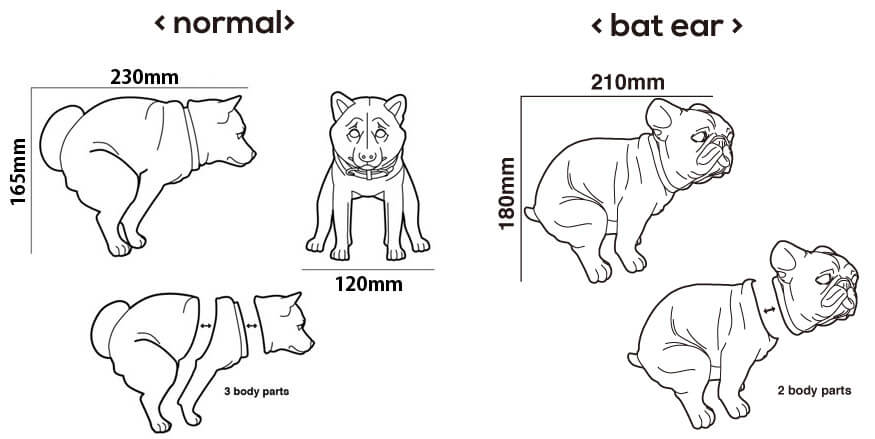 “Also, the beautiful warm colours are made possible because Japanese Sofubi is used. The Squatting Dog looks like it could come alive at any moment. An original Japanese production method called slush moulding was used in the manufacturing process, and it requires an excellent technical skill. A metallic mould is used and the body of the Squatting Dog is split into 3 parts in order to obtain the perfect balance for the 4 feet at the base. We selected simple colours to give our Squatting Dog a cool, cute and artistic look.”

Every Squatting Dog includes a birth certificate and a family tree which is a great touch. Geisha red and blue join the first editions grey, black and that awesome pink. Available NOW at http://ikimu-inu.com/store/

Need something smaller? Did you see these fantastic IKIMU-INU GATCHA SERIES By SQUATTING DOG?

Outside of JAPAN ONLY ? http://crazyjapan-tokyo.com/ and England-based https://www.ingenioustoyz.com/ have a  limited stock.

(all info and media lifted from http://ikimu-inu.com/ )