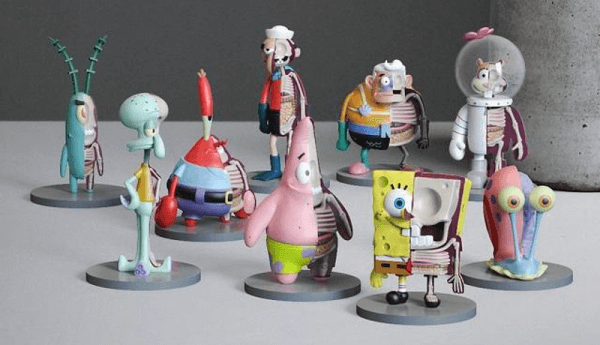 All the talk of the town at the minute is that For Your Entertainment (FYE) are stepping up to the plate and knocking it out of the park with their exclusive releases. We’ve already posted information tonight on the Reptar XXRAY by Freeny x FYE earlier, as well as the Andrew Bell’s Kill Kat Radioactive GID exclusive with FYE. Now though, we are going to post about a release close to our hearts, because we love everyting to do with Spongebob! Mr J. Freeny has taken on the dissected with his first foray into the mini blind box series. His XXRAY figures have proved ever so popular in the Designer Toy community, now we are going to see Freeny take on the characters of Bikini Bottom. Hidden Dissectibles is a blind box series filled with all the love & joy of Spongebob Squarepants, available for pre-order with FYE! 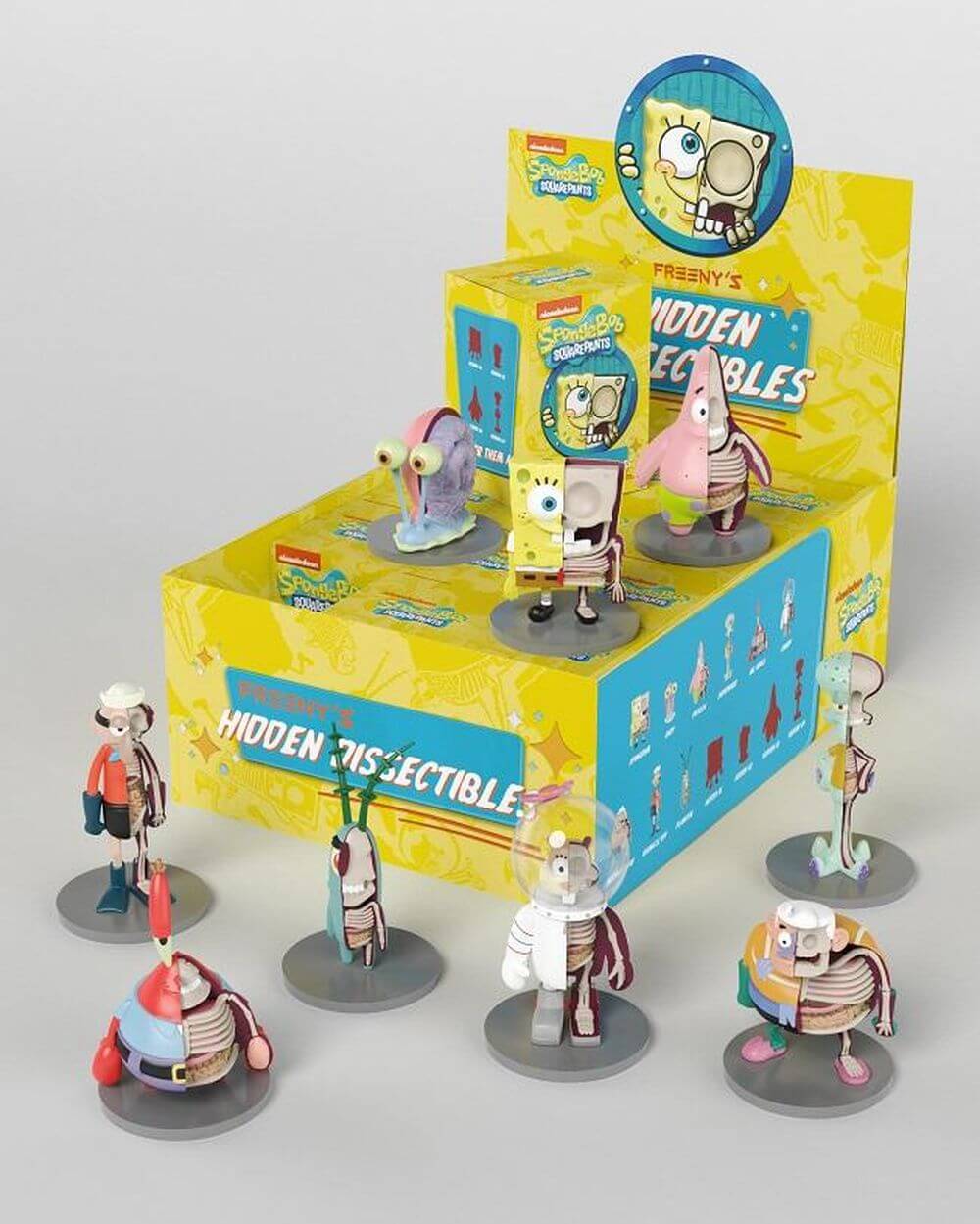 The Hidden Dissectible series of Spongebob Squarepants characters are available for pre-order now from the FYE site HERE. One thing that we think is pretty cool, is that FYE are offering 200 customers the chance to purchase the FULL series of Hidden Dissectible Spongebob Squarepants figures. Including all 9 regular figures, all 4 chase variants and a “collector set exclusive” glow-in-the-dark Spongebob variant! Which you can see below. Priced at $299.99 (£228). You can grab this deal by heading to the FYE store HERE. 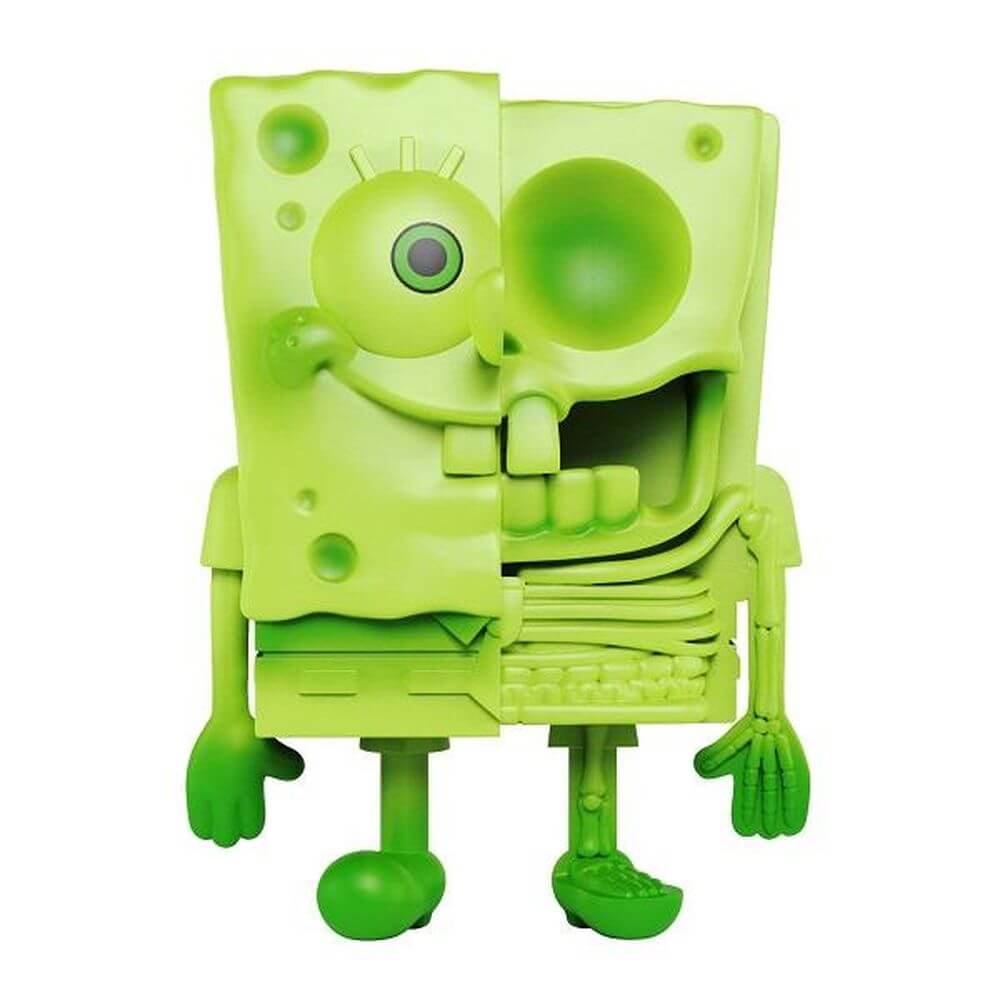 The other option is to purchase the Hidden Dissecibles Spongebob Squarepants in the blind box format HERE. Priced at $19.99 (£15) per blind box, you can look to collect your favourite Bikini Bottom characters like Spongebob, Patrick, Gary, Squidward, Sandy, Mr Krabs, Plankton, Mermaid Man and Barnacle Boy! These blind boxes are designed exclusively for FYE by artist Jason Freeny.