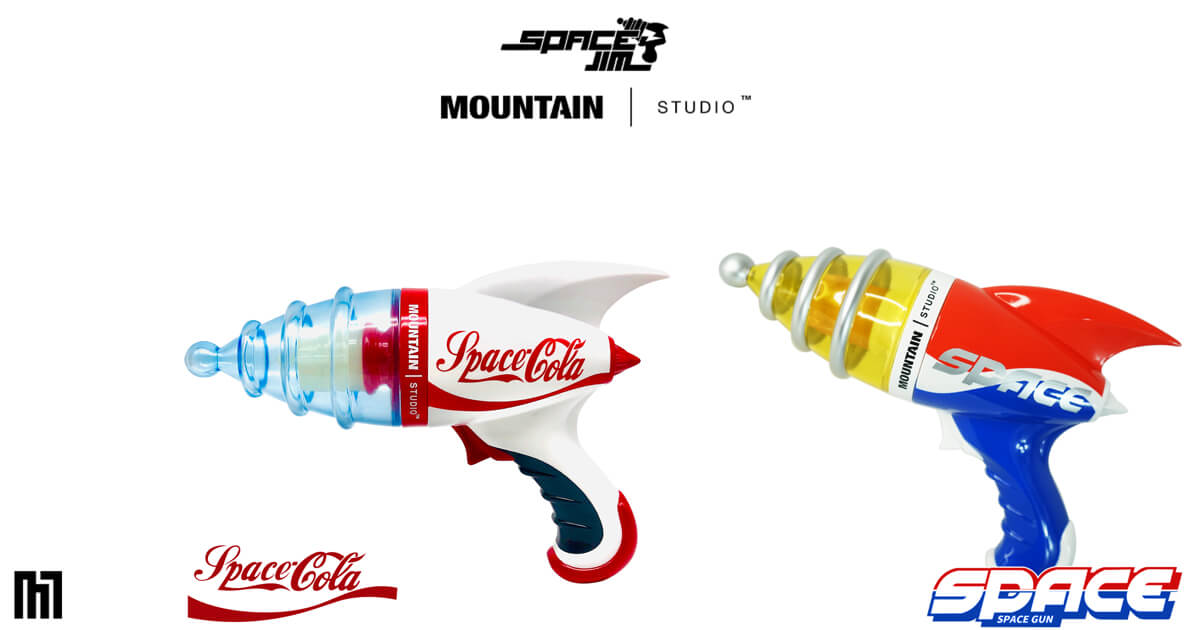 The big debate which is better? Coke or Pepsi? To be fair is all down to personal preference right? what about the size? Does size matter ladies? HA anyway Hands up, hands up its a stickup! just joking! what’s not a joke is the fact that it’s been super hard to get hold of Mountain Toys “Space Guns” unless you’ve been lucky to be at Asian conventions. With the release of the mini’s and the OG larger sizes coming in various designs ranging from photoshop all the way to Coke inspired themes hunting down a retailer that ships internationally has been hard until NOW.