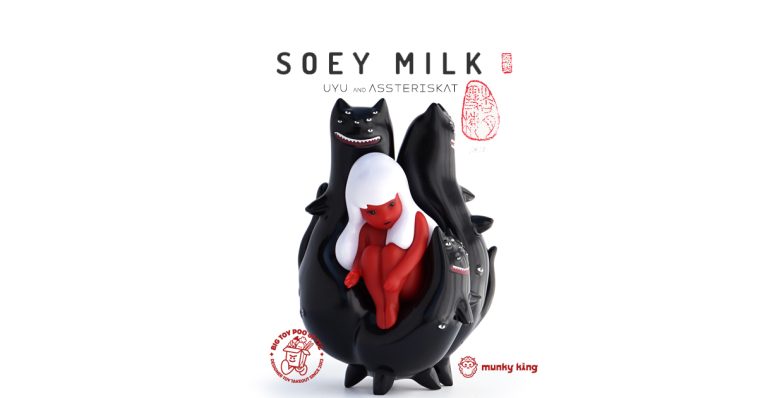 Like the famous proverb says, It is inevitable that good experiences will eventually end……. The final version of UYU and Assteriskat is here. Like we said previously, Bring a beautiful adaptation from Soey’s paintings and illustrations into the form of a vinyl art collectable with the release of UYU and Assteriskat HERE. Munky King won our hearts as they announced the fantastic 소희 Soey Milk to the Munky king roster and now this Midnight Red edition will signal the end of four wonderful vinyl art collectables ( fingers crossed more from Soey Milk x Munky King in the near future)

A refreshing break and departure from her more weighty concerns that are caught up in her more observational and naturalistic yet playful works – it’s with UYU and Assteriskats that Soey s able to let go of any self-consciousness of content or concept and run freely and rampantly in the playground.

Soey Milk was born in Seoul, Korea and moved to the United States at the age of eleven. Milk’s early path was leading her to become a ballerina, but after she was first introduced to painting, she immediately found a new passion to pursue. Still, some of the ballet dimensions remained, as she was still strongly drawn to human anatomy, which was a cornerstone for the development of her photorealistic style. 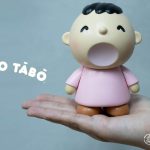 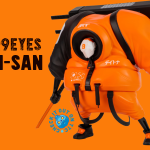