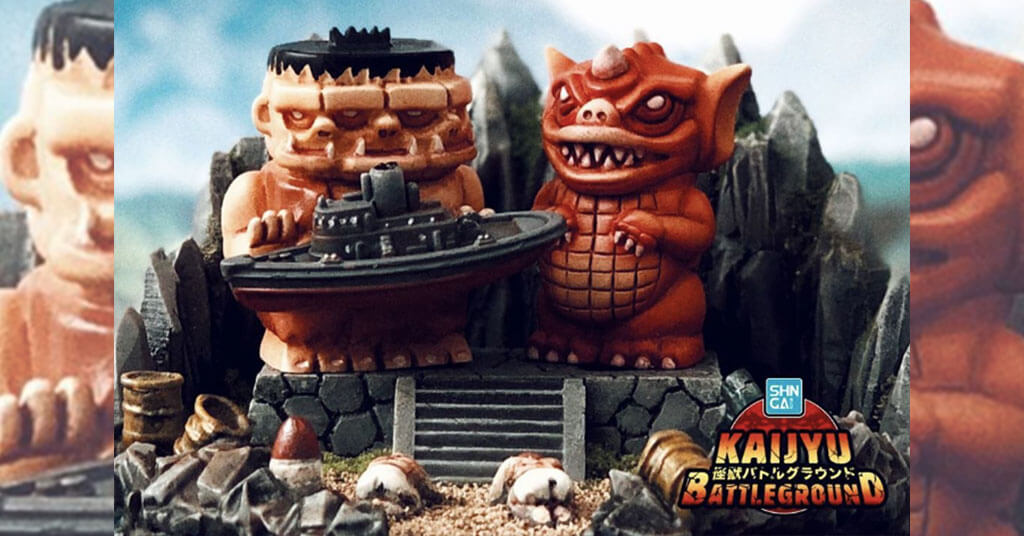 We first gave you the first details on Shingangu Kaijyu Battleground HERE! Now it’s time! One of the most awaited and ambitious projects by ShinGangu has a release date and full release details.

Personally it takes me back to those golden years of the Mighty Max sets. A world of fun in a portable size. These Kaijyu Battleground take that Mighty Max feeling and the love for Kaiju battles all in one deluxe package. Including figures and dioramas, the proper meaning of a playset!

Inspired by classic kaiju and the pachimon sub-culture, the Kaijyu Battleground series feature full-size figures and playsets, paying homage to a particular film, series or theme

The first set – Gargamon Vs Baraton – has its roots dug firm in Toho’s Frankenstein CtW and follow-up, War of the Gargantuas, featuring a similar heart (the playsets shell), caveman-like character and kaiju, all set against a post-war landscape in a Mighty Max-style format.

You get a full package with this beauty, including a magnetic boat omake that can be held by Gargamon, a seal sticker pack, pin and coloring book that details the origins of KB.

Pried at $249.99 sales start at 4pm London time this Thursday, September 12th. A dedicated form will be available at softoyhobby.com. 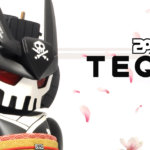