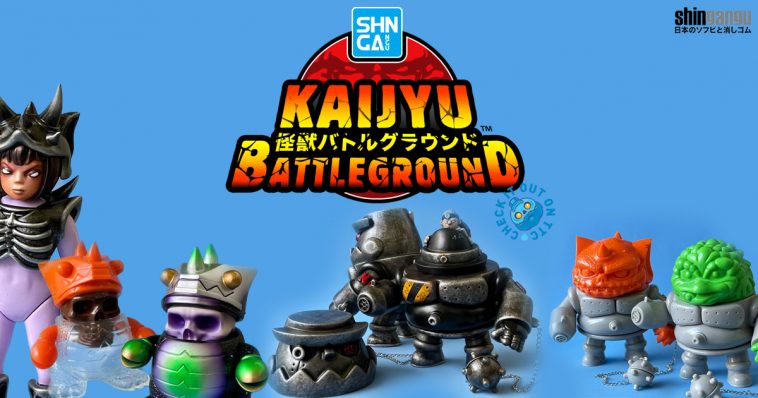 We can hear the battle cries as the notorious Tru:Tek Shingangu sets the stage for Kaijyu Battleground at TODAYS DesignerCon London 2021! Kaijus like no other will be powering up Dcon, ranging from MECHA KAIJYU FREAKS the super limited Mecha G-Mon/Kaijyu all the way to the saucy Nakano Amano making her Dokuro Queen debut at Dcon. The [Spirit of Galtan] Uchudon will make its debut too so you can be one of the first to own them! If that doesn’t wet your Mecha appetite Shingangu has Mecha G-Mon will be making his painted debut too and judging from the number of collectors looking for these bad boys we predict a riot.

Expect a whole bunch of soft vinyl goodies, Mecha G-Mon blanks in classic red and grey. Available in super-limited supply ahead of an official paint release most of these come in-scale with the previously released Kaijyu at around 5”, featuring 7 points of articulation, chained wrecking ball and removable head/cockpit. 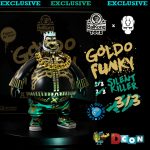