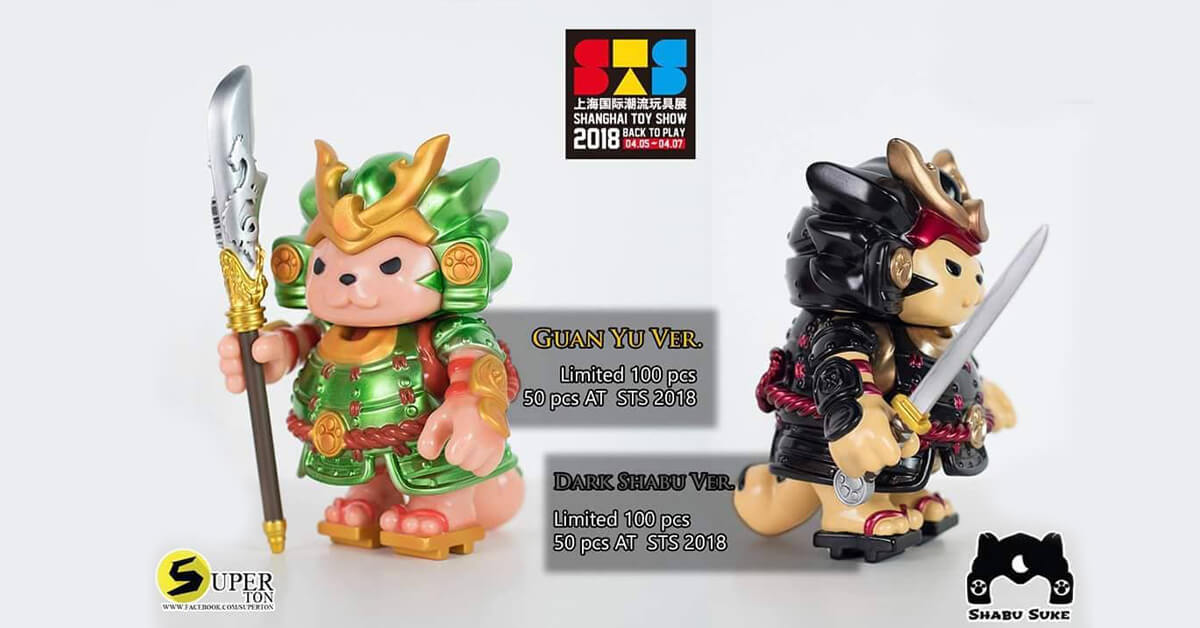 Inhale now exhale, Jaruru Ton Jarupat aka Superton’s Shabu Suke vinyl version has new armour!  Two new editions coming with different weapons which represent their clans. Marching forward from Thailand to Shanghai, ready to make their debut at Shanghai Toy Show 2018. Powered by ToyZero Plus. It’s been one epic journey for Superton having his Shabu made into a vinyl figure. Like we said before, remember late last year, that incredible samurai cat “Meaw Samurai” which pissed over Samurai Pizza Cats, if not click HERE. Now, will these two Shabu Suke – Guan Yu Ver & Dark Shabu make collectors battle it out? Look out for these one of a kind customs by various artists.