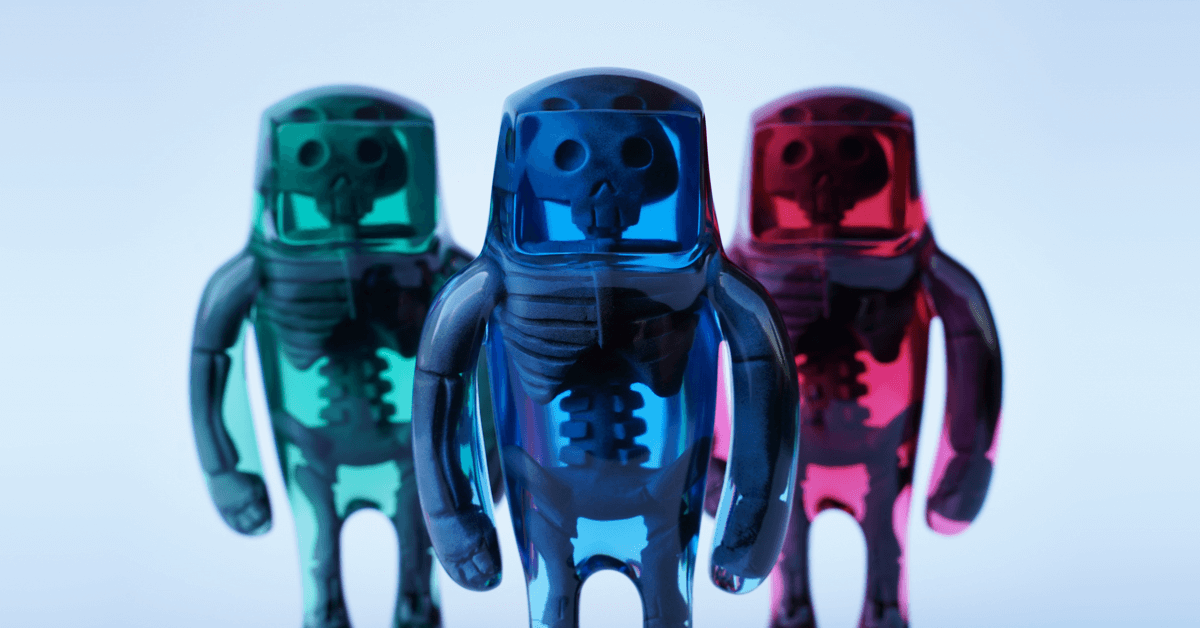 Released as a small batch in 2016, Flawtoys has resurrected his Anatoma Stranger cast for version 2, which will see a larger release this coming week.

Dropping on Thursday August 1st at 5pm CEST (4pm BST). There are six colourways of Anatoma Stranger V2 available. Three in the OG cast, and three in the Brave cast too. All sets feature red, green & blue with the difference being the inner cast on the Brave pieces which is a painted skeleton rather than the plain skeleton in the OG. They will all be available from the Flawtoys store HERE. These are expected to ship in early September.