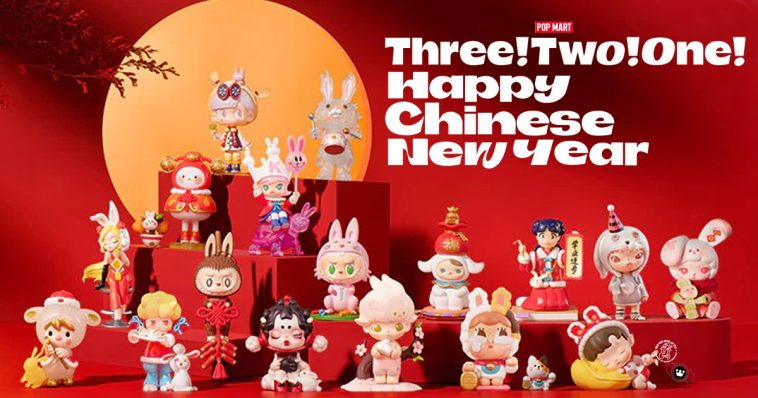 POP MART’s annual Chinese New Year blind box series is here! Featuring a range of POP MART IP’s and favorite artist characters rolled into one series celebrating the year of the Rabbit! “The Rabbit is the fourth of all zodiac animals. Legend has it the Rabbit was proud—arrogant even—of its speed. He was neighbors with Ox and always made fun of how slow Ox was. One day, the Jade Emperor said the zodiac order would be decided by the order in which the animals arrived at his party. Rabbit set off at daybreak. But when he got there, no other animals were in sight. Thinking that he would obviously be first, he went off to the side and napped. However, when he woke up, three other animals had already arrived. One of them was the Ox he had always looked down upon.” According to Chinesenewyear.net.

See all your favorite characters embrace and celebrate the year of the rabbit! This year, returning fan favorites like Labubu, Molly, Skullpanda, Pucky, Instinctoys Mucky, Sweet Bean, Bobo & CoCo, Crybaby, Dimoo, SATYR, Coolrain plus the new additions like the Lang’s HIRONO and Nori Park Just a girl, plus the all-new Lilious! 16 designs plus a secret CHASE in the series!

WHERE: NOT sponsored but Affiliate, POP MART official international store  https://bit.ly/3IzEGf9 <— helps me get a coffee and makes no difference to your POP MART addiction

The Discount Code gives $5 USD off any order over USD $30. (Limited to one time per customer. ) 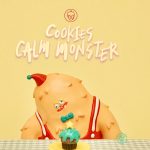 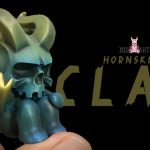