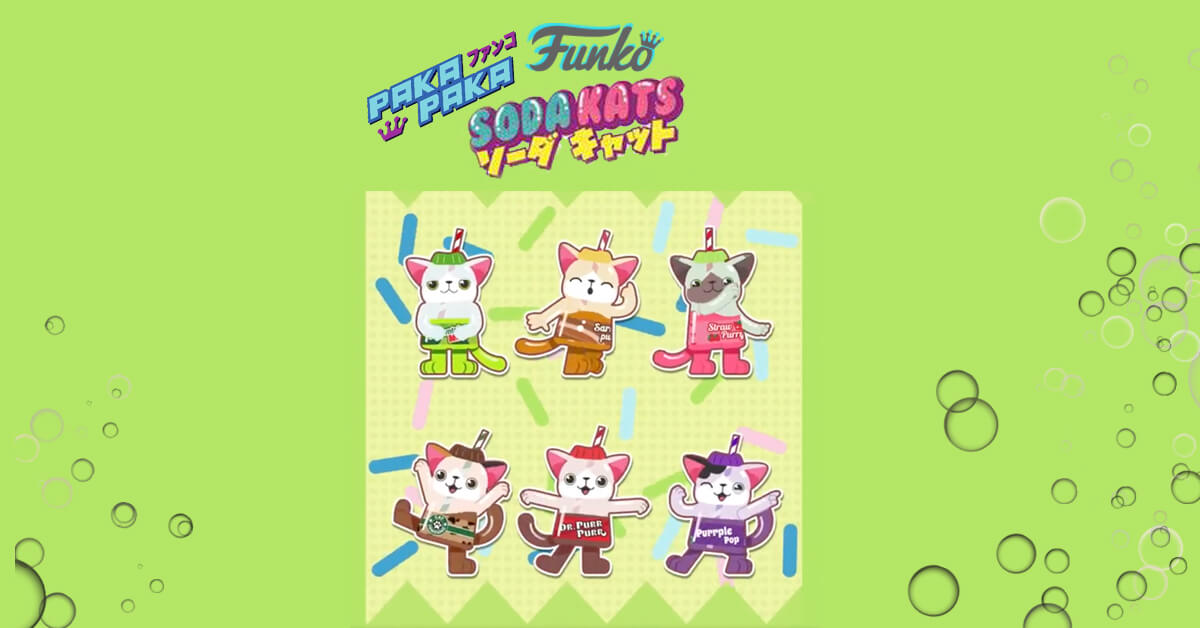 Yesterday via Funko Facebook page, a recognisable “Soda Kats” design made waves through designer toy scene as the designs are very similar if not exact to Black Seed Toys “Soda Kats”. Funko’s animation quoted “Introducing Soda Kats, the first series from Paka Paka!” and “original line from Funko” which who knows Black Seed Toys is the artist behind Soda Kats. Could this be Funko reaching out to artists that we know and love? The next phase of Funko? Black Seed Toys already acknowledged Funko’s video which you can check out below.

ntroducing Soda Kats, the first series from Paka Paka! Join the Funko Insiders Club to learn more about this original line from Funko, which is launching at GameStop this fall! – FUNKO

So we are guessing its an official collaboration or licenced design. This would make sense as veteran toy artist Gary Ham now works for Funko, could be the man behind the scenes pulling some strings for this next Funko direction. Blackseed already has his Soda Kats released independently as well as SODA Series 汽水系 by POP LIFE SFBI so why not Funko? from the feedback on social media its caught plenty of attention from non-designer toy collectors.