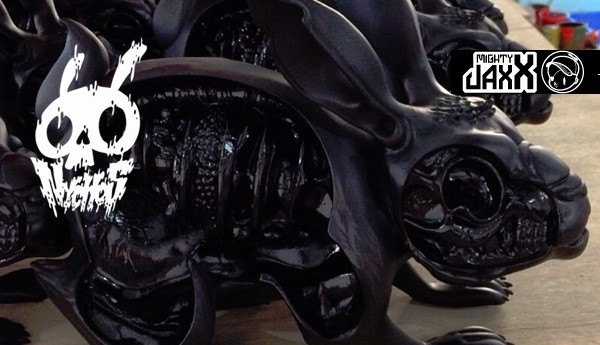 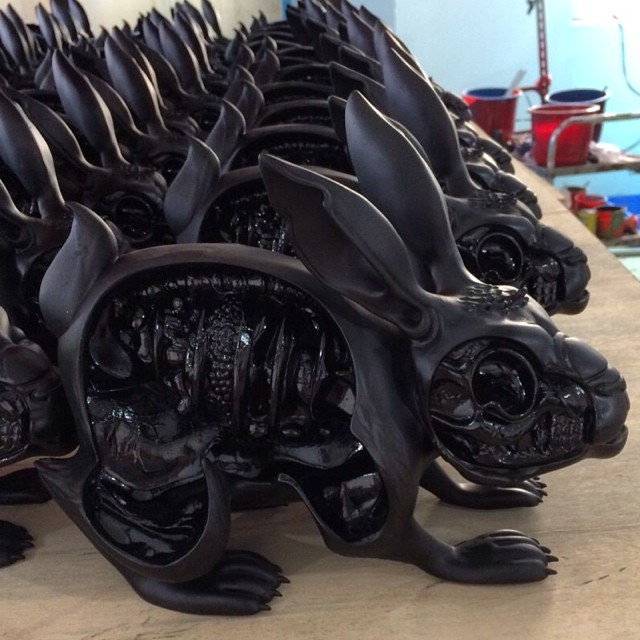 Mighty Jaxx have been posting teasers for a little while of the collaboration with one of the most prolific Graffiti/Street Artists working today, Nychos and it’s looking to be one of the most highly anticipated drops for the toy scene this year! 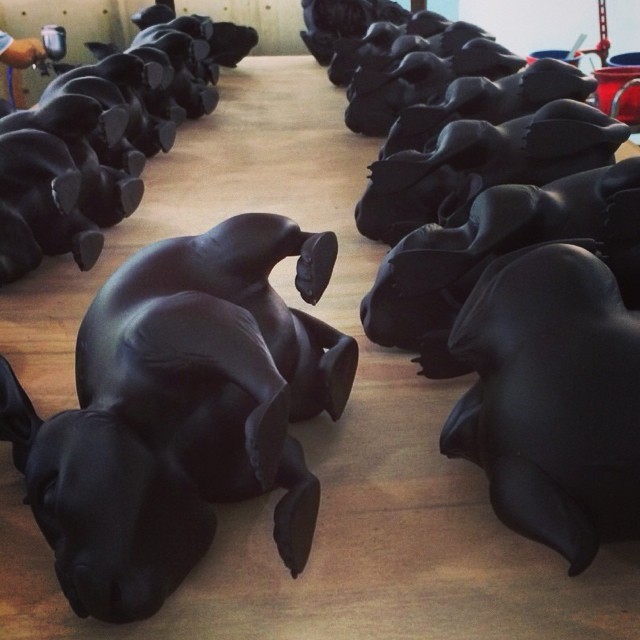 Nychos’ re-occuring rabbits and insane anatomical dissections are perfectly captured and realised in three dimensions with his first art toy piece.
The first drop looks to be a Black version with matt exterior and a gloss black finish interior and will be made out of polystone. 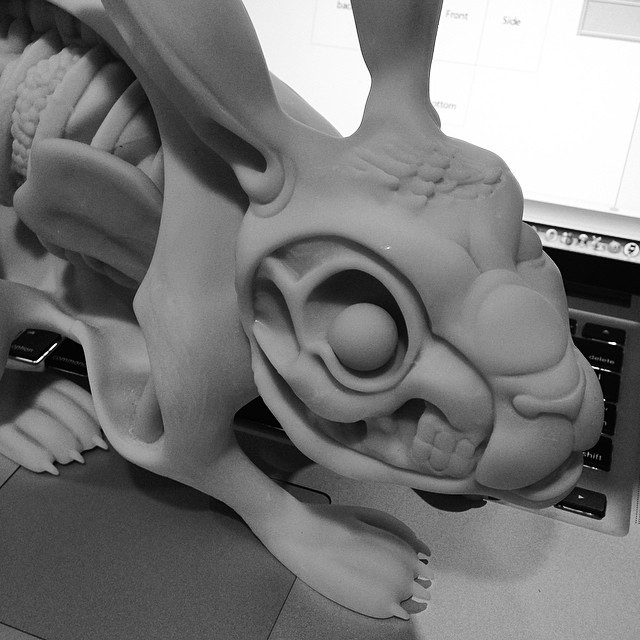 I’m sure (and hope) a full Colour version, and possibly a White version won’t be long off! The figure’s arrival also coincides with a spanking new art book and a solo exhibition show in Singapore with the opening night being July 4th 2014. 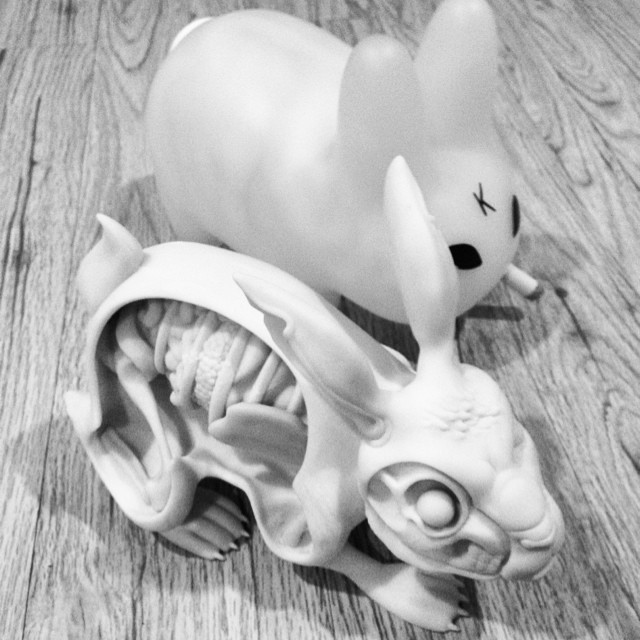 In the future I’d love to see the exploded view captured in 3D form, and I’m sure it’s not far off too; it’s interesting to see the work Fool’s Paradise have been doing, utilising perspex to acheive a similar ‘exploded view’ effect. Toy Fan’s who might be familiar with the work of Jason Freeny and those with a similar fascination of the inner workings of creatures (guts and gore too!) will be sure to want to grab this piece. The sculpt is beautifully rendered and a great translation of Nychos’s artwork below, with masses amounts of detail and it looks to be a similar size to the 7″ labbit, although leaner and much more aggressive looking than it’s podgy brother from another mother! Damn, for a Labbit collector too, this is going to be a stand out piece to have on your shelf or collection. 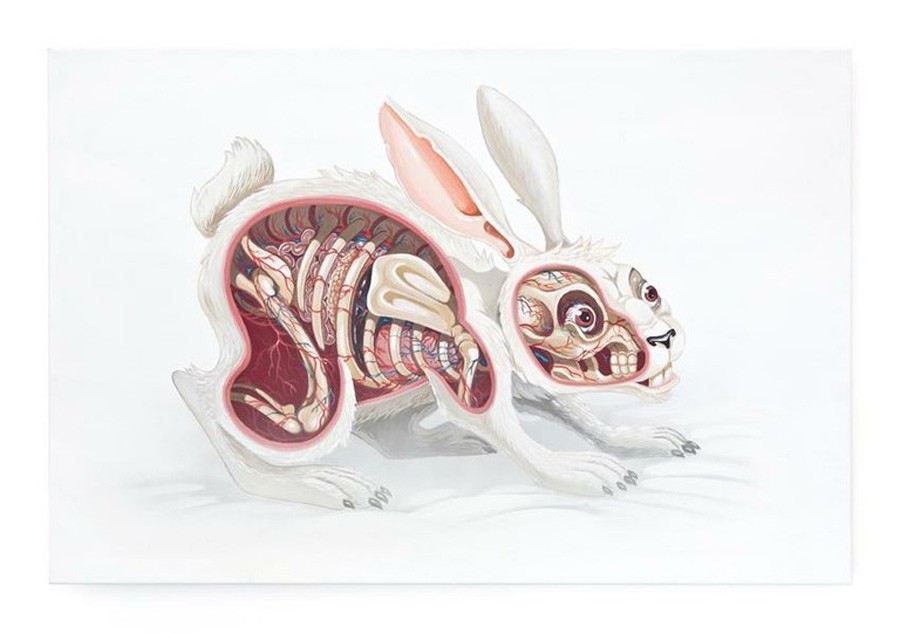 If you’re a fan of Nychos, you’re going to want to pick this up and I can imagine it selling out pretty quickly. Hats off to Mighty Jaxx too for bringing this to life.
More details to come with launch times and availability, it looks like they will be available at the art show and some online too, but for now keep your eyes glued to TTC and MightyJaxx.com

Available from next weekend at Mightyjaxx.com
Price: $250 each + shipping
Matieral: Polystone 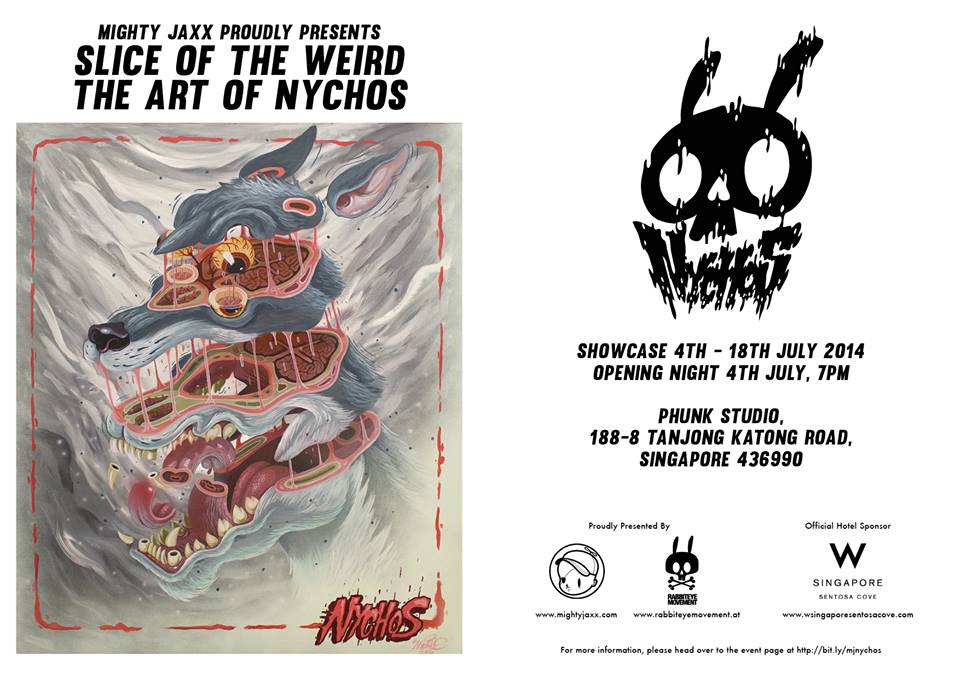