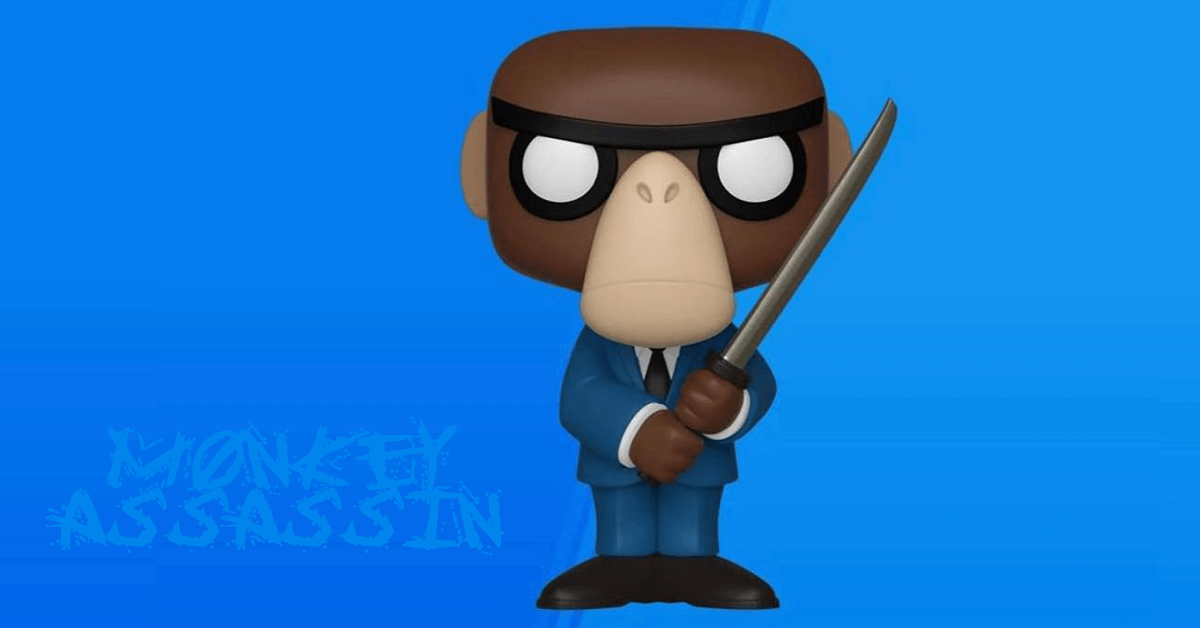 It’s not often Funko appear on the pages of The Toy Chronicle, but this is one helluva release that we wanted to share with you guys as it relates to our good friends at Paper + Plastick.

In the early days of Paper + Plastick, Funko would often help with the manufacturing of their early toys. Over the past Summer, Brian @ Funko reached out to Vinnie (of Less Than Jake fame) and owner of Paper + Plastick as die hard P+P fans were asking about some of their earlier characters and to see if Funko could release a limited edition of the Monkey Assassin. Fast forward a couple of months and now we are here today when Monkey Assassin is going to be released in limited numbers!

Dropping at 11am PST (7pm UK) time today, you’ll be able to grab your Monkey Assassin in POP form for $15 (£11). You will be able to buy from funko-shop.com at the appropriate time. You bet your ass that we will be trying to purchase one later this evening!