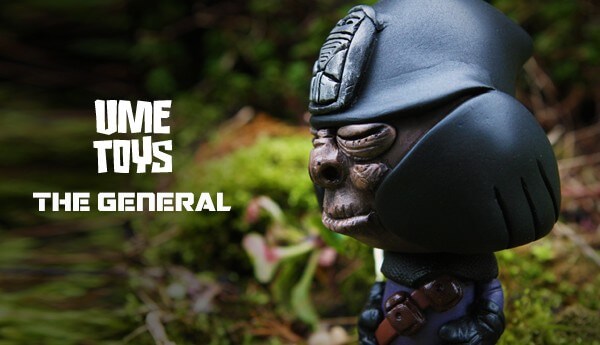 ATTENTION meet the General! UMEToys has created this custom MoleXL for the RE-MOLDED show. General looks like he has just come out of the studio from filming planet of the apes and nice UME touch on URSUS. UME did a good job on making the MoleXL platform into the head/helmet, seriously how do you customisers/artist do it? Would the General look better with his eyes a little more open? anyway really digging how this turned out and me personally a Ape fan it is a win win.

The show  will be at Loading Bar (London’s insanely awesome video game bar) on the 6th of December 2014. With Customs and 2D prints available online the next day: 10am GMT 7th of Dec atwww.kerrydyer.bigcartel.com