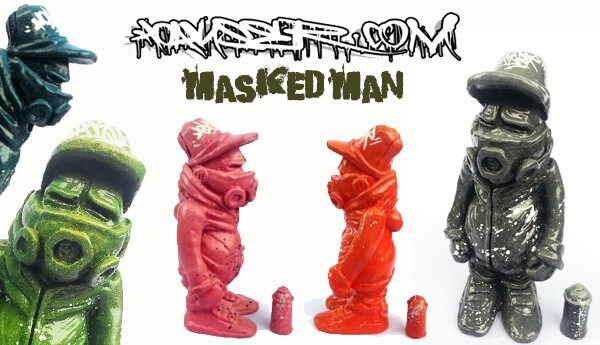 UK street art artist Hoakser, has crafted his Maskedman character and kicks off a new week with the release of his Maskedman.

A very long time ago when I first started practicing graffiti I drew my first masked character that became the Maskedman character I draw and paint today..Over the years he’s been through some changes and has appeared on an uncountable amount of  surfaces. Several years ago when I started to sculpt and customise toys, making a Maskedman figure was the first thing I wanted to do for obvious reasons..Due to the lack of skill and knowledge I had / have in this department it took some time to learn to make this happen.Years later, after getting slightly better at sculpting and learning a bit about the processes involved in casting resin, I finally have the first batch of Maskedman 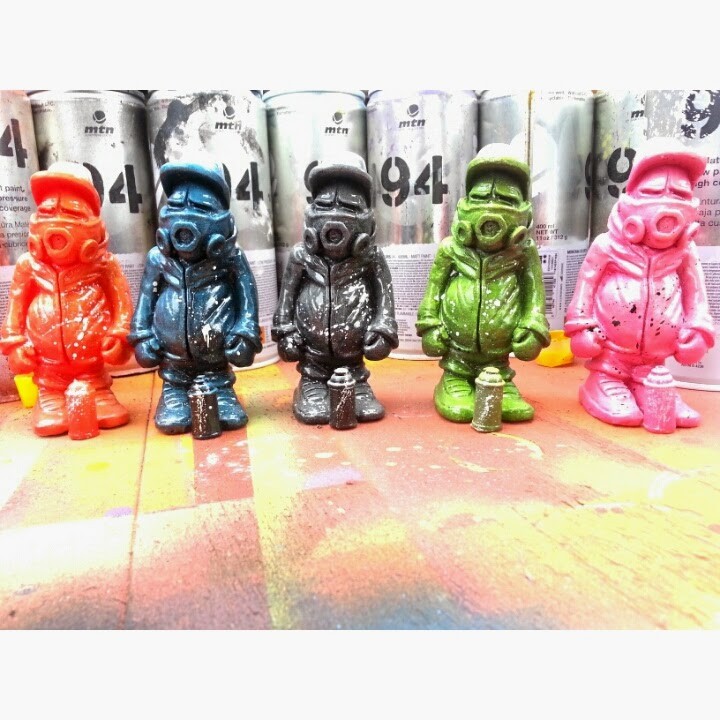 All pieces have been spray painted with a two tone haze, signed and splatted so no two are the same.. Finished with a high gloss lacquer to allow the light to pick out the details.. Each piece comes with a mini matching can of paint and comes bagged with a sticker.. Finally, they will be available to order on Monday 29th September from Hoakser Bigcartel store..http://hoakser.bigcartel.com/ 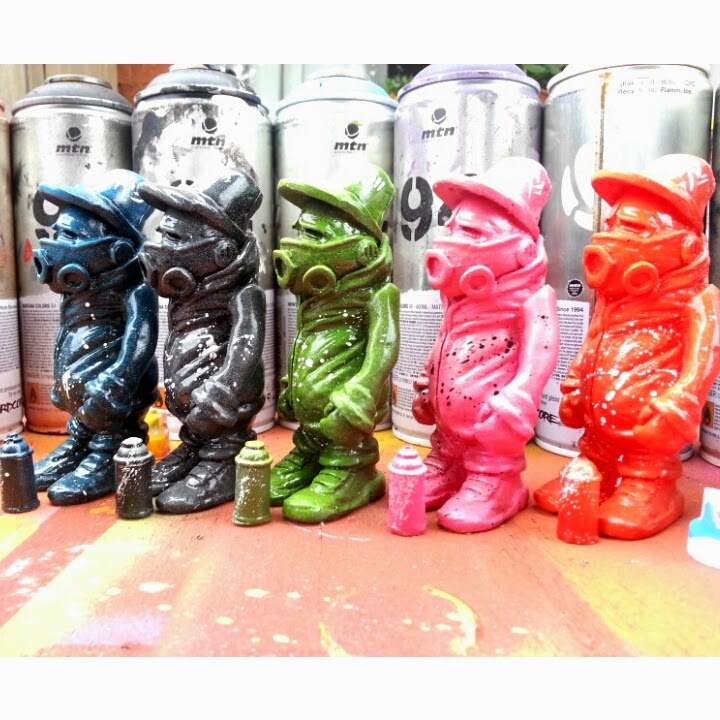 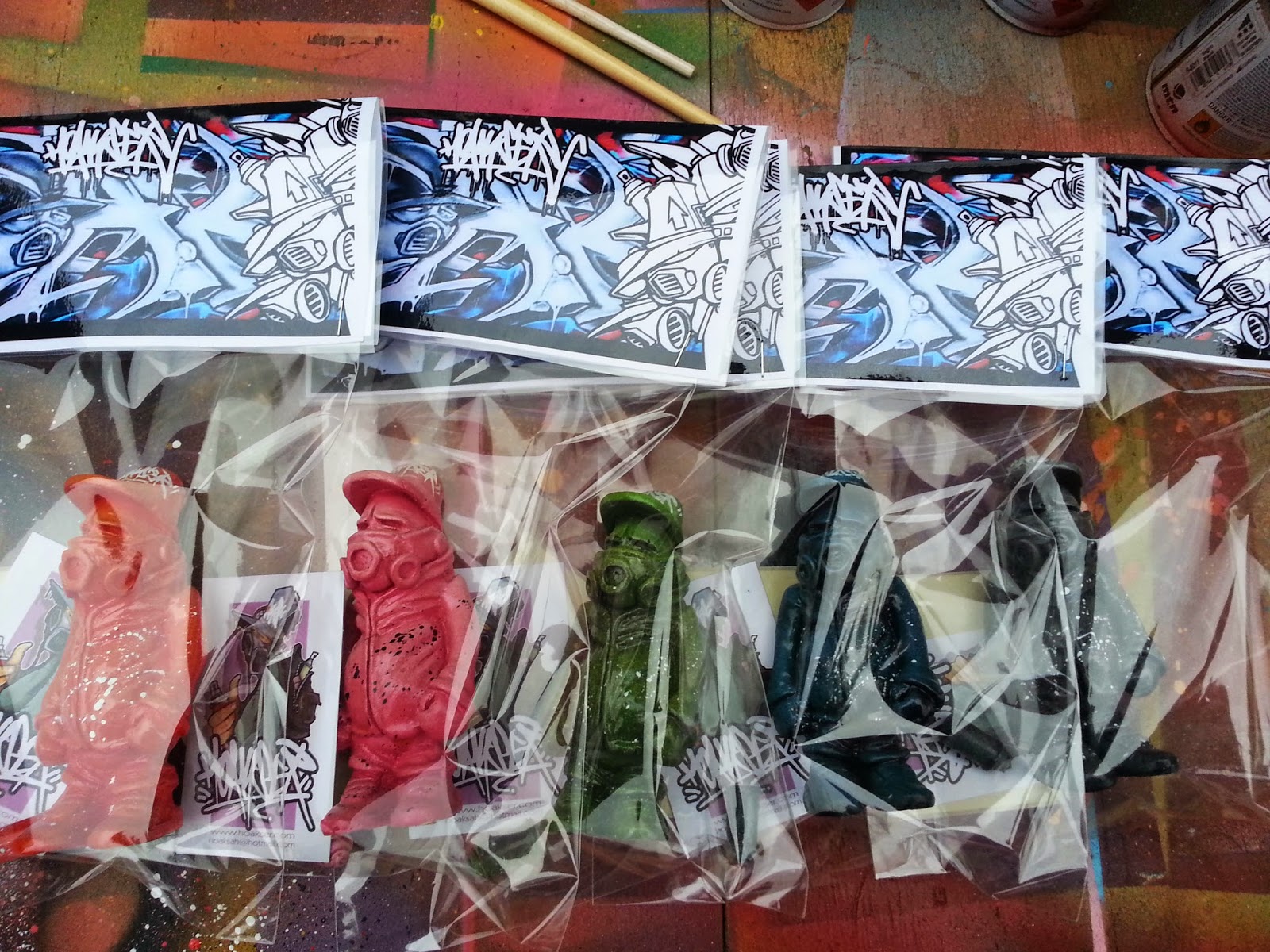 As an added bonus, the first ten Maskedmen to leave the store come with a hand painted magnet slap for your fridges..

You can check out the process that Hoakser went through making the Maskmen HERE which he learnt dealing his minor hiccups etc. 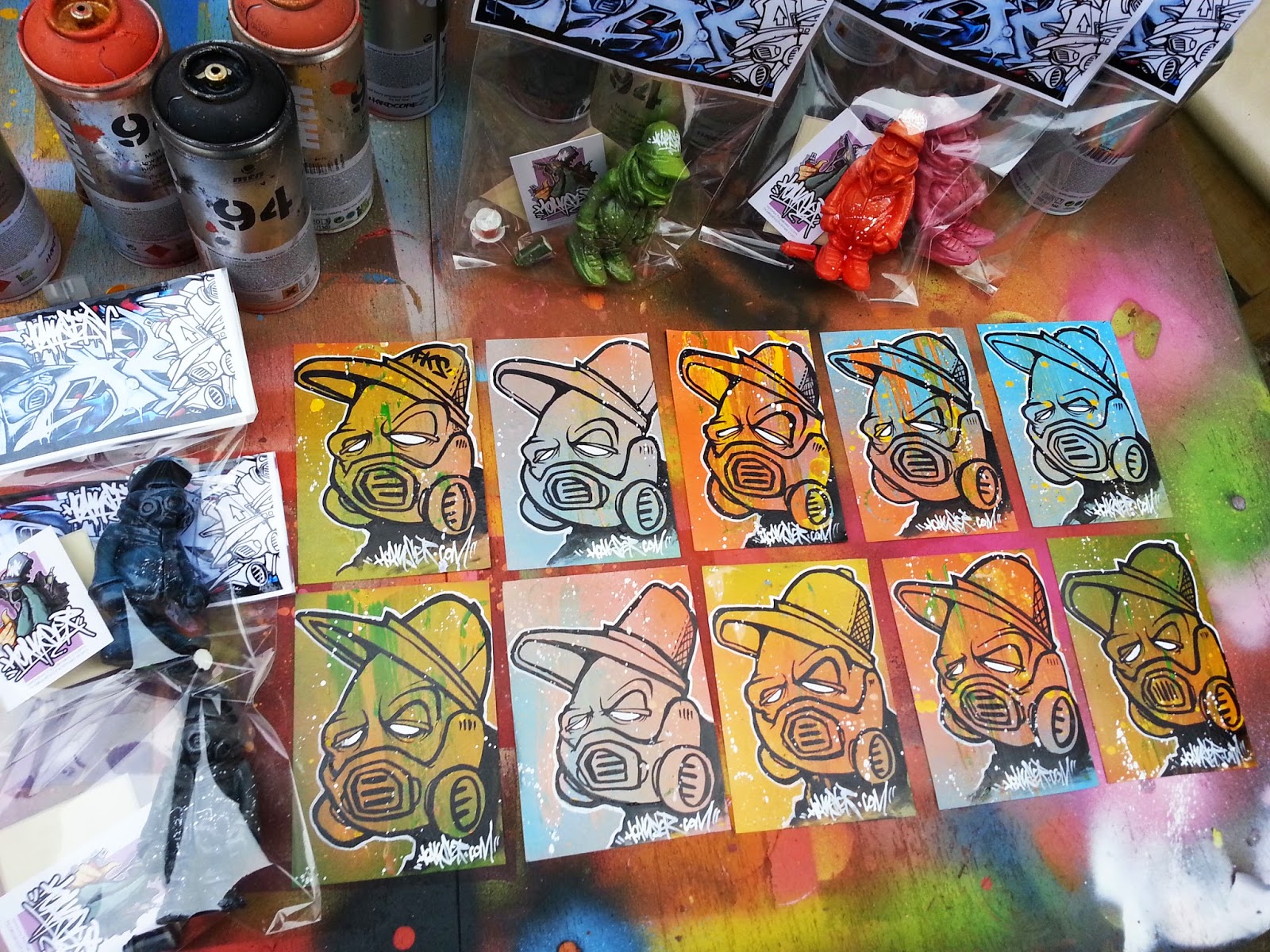