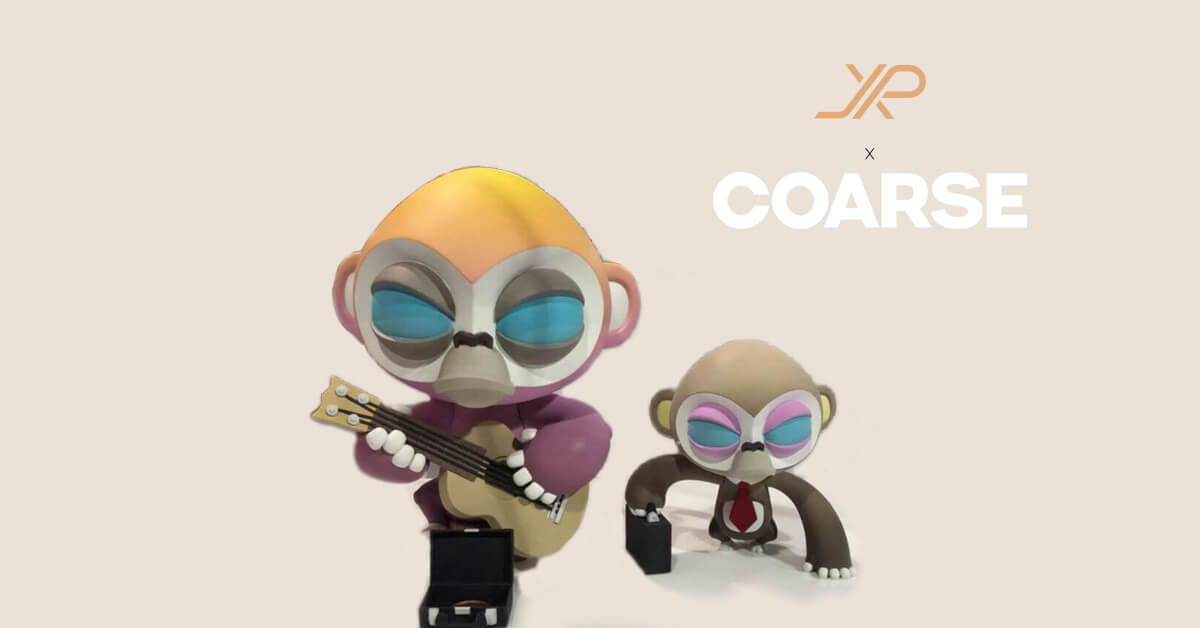 No more monkeying around this year from JPX x COARSE. Both continue to team up and bring you more from the Animal Parade world/series. As expected, MAMBO & Little Bandit should be made available in time for the Thailand Toy Expo. JPX today teased another photo of Little Bandit and with 56 days until TTE we can keep our fingers crossed he will make his debut.

Last year Coarse Toys showcase a new sculpt at Thailand Toy Expo 2018, we can soon expect to see it released in the future, especially the cutesy stuff. As seen below, Mambo & Little Bandit are two mean looking apes. They’ve got the Coarse colours going on, and a sweet Coarse sculpt. Clean lines & prominent features.

Nothing much is known about Mambo & Little Bandit at this stage other than the reveals shown at TTE 2018 were cast in resin. We fully expect that these will see a vinyl release in due … (yeah, we meant course, but you know coarse > course) We would take a gamble and say these two will be at Thailand Toy Expo 2019.

CHECK OUT WHAT ELSE IS COMING!

Download our TTC Mobile App too! FREEEEE. Available on both the App Store & Google Play!