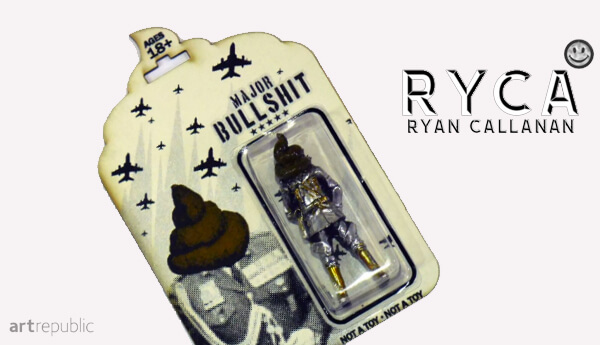 British artist Ryan Callanan AKA RYCA has collaborated with art gallery Art Republic to bring you guys “MAJOR BULLSHIT”. We know you know a Major Bullshit in real life, we all do. Ryan did say all bad smells are not included with MAJOR BULLSHIT, just mighty dam fun artwork. 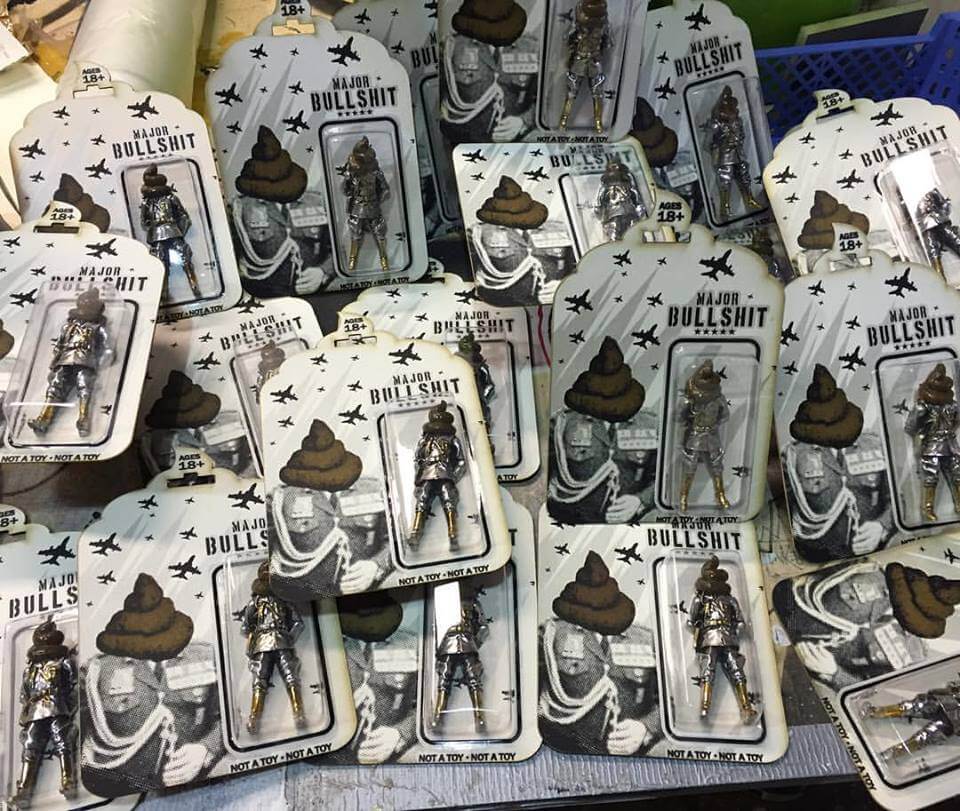 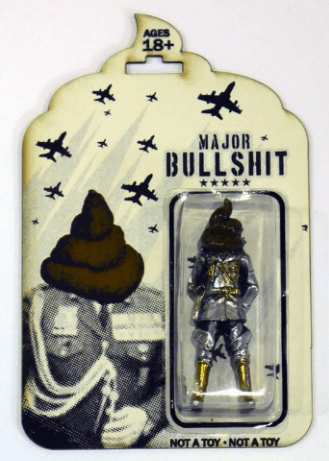 Tell you what Ryan has a dab hand in chroming figures!

‘Major Bullshit’ is a sculpture by highly sought after artist RYCA. The piece is from a limited edition of 75.

The work of RYCA has developed something of a reputation in the contemporary art world: the pop-art-meets-street-art style has established RYCA as a leading figure in the evolving street scene and a name to watch. His work incorporates different strains of pop culture to create an aesthetic of skewed nostalgia which is always playful, a little ironic and oh-so spirited. ‘Major Bullshit’ was first released at the artrepublic Art Yard Sale on Sunday 5th June 2016, in which some of the biggest names in the contemporary art world came together in Brighton’s Jubilee Square, giving fans the chance to buy from the artists directly. ‘Major Bullshit’ is about as comic as things get in the art world: RYCA has created a little figurine of an army major, standing to attention in flashy, gold and silver uniform, and topped off the sculpture with – you guessed it! – a lump of shit in place of the head. The concept is brilliantly satirical – this is a twenty-first century comment on consumerism – and the final piece (boxed with the caution ‘ NOT A TOY’) is a triumph of contemporary art –Art Republic

(all info lifted from http://www.artrepublic.com/)