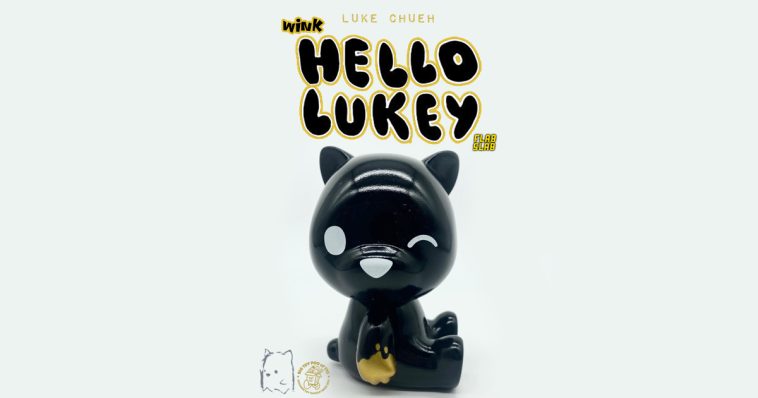 The bear nessesities for Luke Chueh fans of new and old is here! FLABSLAB’s “50 SHADES OF BLACK” opened its doors last year and the adorable Hello Lukey Sofubi Black n Gold Edition made its debut. This week sees Hello Lukey winking at you! The first time we see Hello Lukey give us a cheeky little WINK. Over 2 years in the making and the wait has been worth it! The encore from the 5” version in resin comes this 3.5” in a vinyl edition of Hello Lukey Black n Gold Wink Edition from Luke Chueh x FLABSLAB. Plus these are MADE IN JAPAN!

This is Luke’s take on the ever-popular kitty from Japan. It’s lame but it’s also the reason why FLABSLAB decided to make this in Japan. Look at Hello Lukey Sofubi super sad eyes….. hugs are needed.

The Black & Gold colorway was originally released a limited series of 100 with FLABSLAB for an event in Singapore.

Luke, wanting a run of the colorway himself, decided to change the expression from forlorn to a Hello Kitty styled wink to differentiate his release from the FLABSLAB exclusive.

While we have your attention, Look out for the HELLO LUKEY, GLOW IN THE DARK

To complement the GID vinyl, Luke changed the colour of the paint detail on the hands to create the narrative that Lukey was playing with something potentially dangerous, something radioactive. 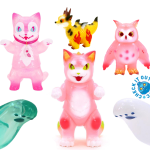 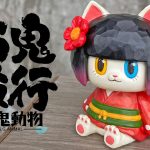