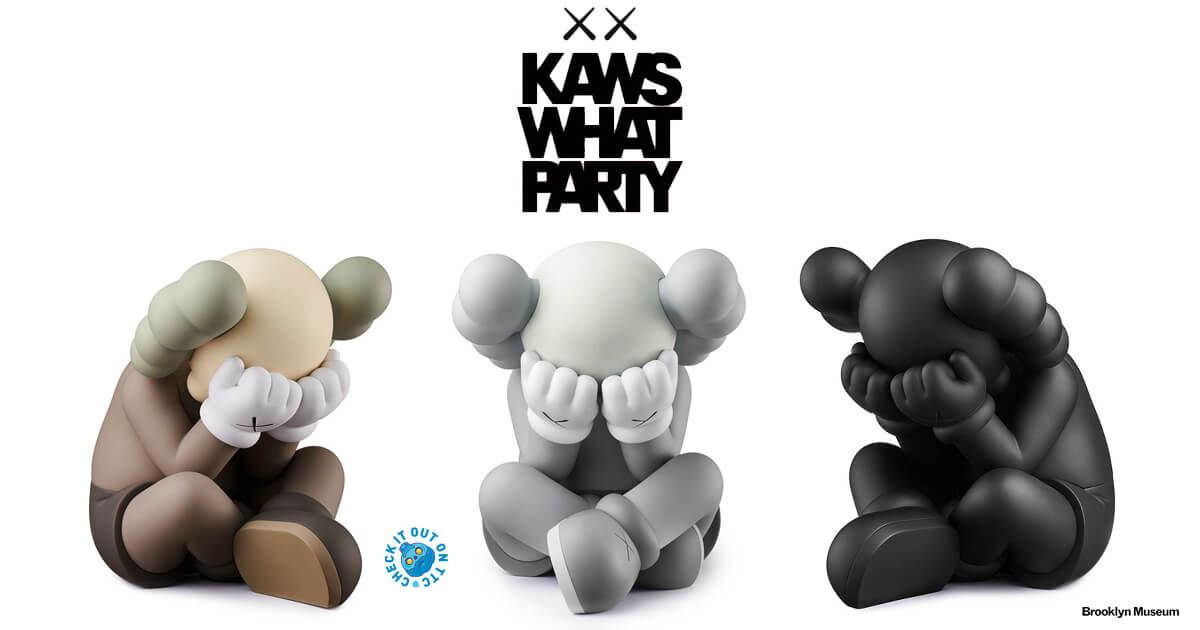 Last week, KAWS presented the world with the solo show “WHATPARTY” at Brooklyn Museum. KAWS teased the SEPARATED vinyl art collectable and made its debut at the launch of “WHATPARTY” show, as predicted all three sold out in true Kaws fashion. As predicted all three would make their way as a part of the online release via KAWS own webstore of the KAWS SEPARATED. With no sign of a re-stock at Brooklyn Museum, a silver lining for KAWS fans as you will have another chance at owning the KAWS “SEPARATED” vinyl figures tomorrow directly from KAWS at KAWSONE.

For twenty-five years, Brooklyn-based artist KAWS (Brian Donnelly, American, born 1974) has bridged the worlds of art, popular culture, and commerce. Adapting the rules of cultural production and consumption in the twenty-first century, his practice both critiques and participates in consumer culture. KAWS: WHAT PARTY is a sweeping retrospective featuring more than one hundred broad-ranging works such as rarely seen graffiti drawings and notebooks, paintings and sculptures, smaller collectables, furniture, and monumental installations of his popular COMPANION figures. The exhibition also features new pieces made uniquely for the exhibition along with his early-career altered bus-shelter advertisements. – Brooklyn Museum

Purchase limit of 1 per color per person.