In the words of Don McLean “Starry, starry night
Paint your palette blue and gray
Look out on a summer’s day
With eyes that know the darkness in my soul”

Shanghai-based artist 贺尔加村-夏虫 presented the world “Kandel” a design that we’ve don’t see in the scene which made its bright debut last year at China conventions. Powered by the folks at WAY Studio 为·工作室 Today they revealed this beautiful Cosmic version. Like we said last year HERE, Some say Kandel is a spirit trapped waiting for a prince to set her free. For now, we don’t know the back story of Kandel but what we do know is the fact Kandel looks tranquil and peaceful. This Cosmic edition features metallic-like colours that would give Yankee Candle a run for their money, HA. Now with only days away from STF 5.0, Kandel Cosmic Edition is all set to light up STF.

WHERE: via Wechat (please use QR code below) STF https://mp.weixin.qq.com/ 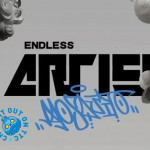 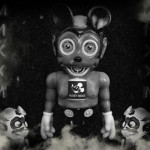