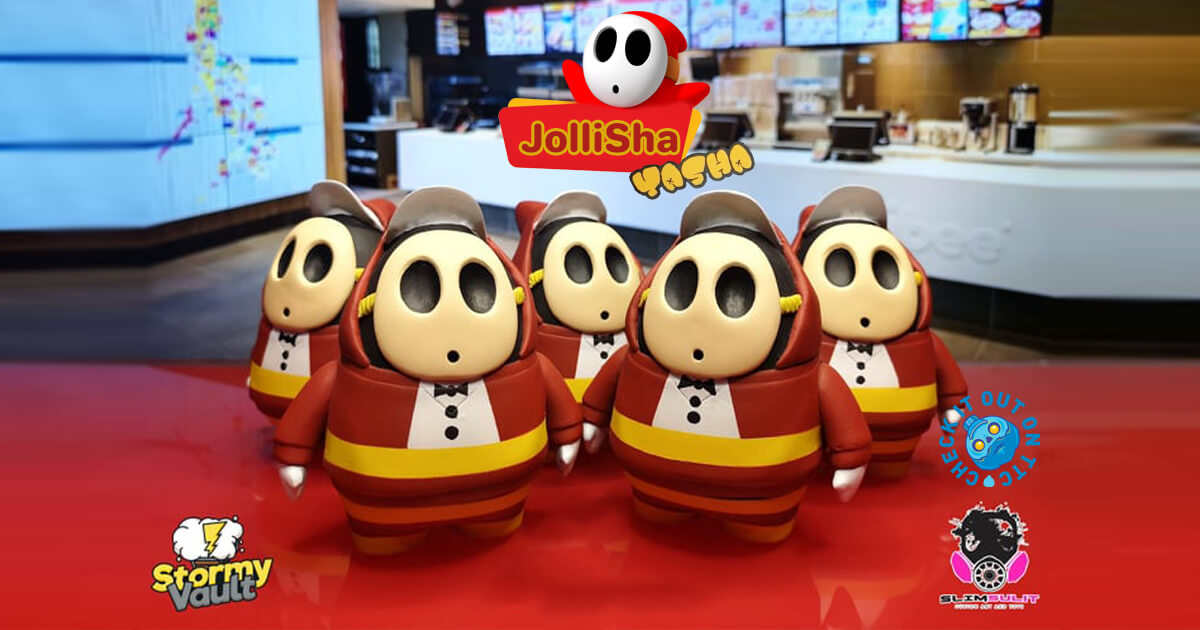 Only days to go before Stormy Vault’s Virtual Show – Filipino Show, it wouldn’t be a Filipino show without our buddy Ej Sulit! His Yasha gets a makeover and has the perfect Shy Guy mask which should protect him from Covid, HA. Anything to get his Jollibee fix.

Back in June, Ej Sulit released the very first version of Yasha which was Shy Boy OG Red colour. Being a Super Mario Collector and Ej Sulit has always been intrigued and curious with the villain Shy Guy and so he became Ej Sulit inspiration in making Yasha. Ej Sulit released a total of 10 pcs only and 2 pcs of 1 offs which is the Android Yasha and Yasha the 13th. NOW he presents to you JolliSha!

Yasha is a shortcut of the Filipino words “Hiya Siya” which means He is Shy.