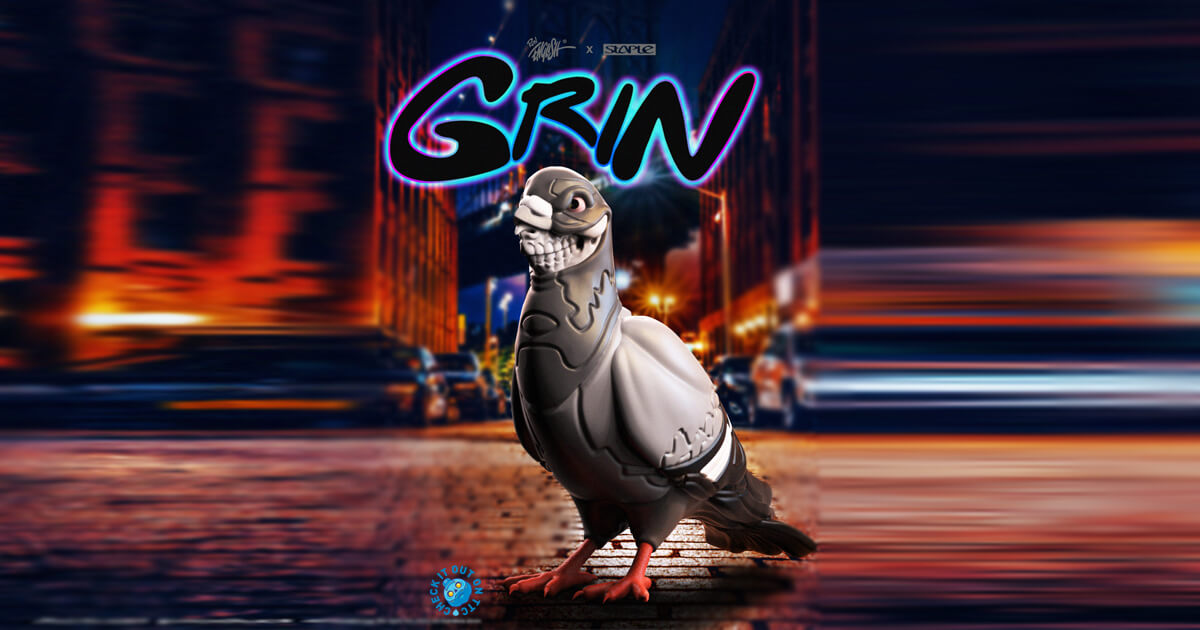 The American pop iconoclast popularised by his signature fusion of varying cultural touchstones features themes from current pop icons to past historical art figures. English once again lends us a touch of his signature skull grin on The Pigeon, this time in a mono colourway reminiscent of the bird it was based on.

Founder and Creative Director of Staple Design and Reed Space, Jeff Ng, better known as jeffstaple, is now a prominent figure within the industries of fashion, music, art and even sports. He initially took up journalism at the NYU but later dropped out and enrolled into Parsons School of Design after realising his growing passion for graphic design. His streetwear brand @StaplePigeon has attained global fame over the last two decades and is a reflection of all city dwellers today. The familiar Pigeon logo is often seen across Staple’s extensive range of apparel and other products, representing the boundless energy of New York City.

One of the most prolific and recognisable artists alive today, Ron English has bombed the global landscape with unforgettable images, on the street, in museums, in movies, books and television. English coined the term POPaganda to describe his signature mash-up of high and low cultural touchstones, from superhero mythology to totems of art history, populated with his vast and constantly growing arsenal of original characters, including MC Supersized, the obese fast-food mascot featured in the hit movie “Supersize Me,” and Abraham Obama, the fusion of America’s 16th and 44th Presidents, an image widely discussed in the media as directly impacting the 2008 election.