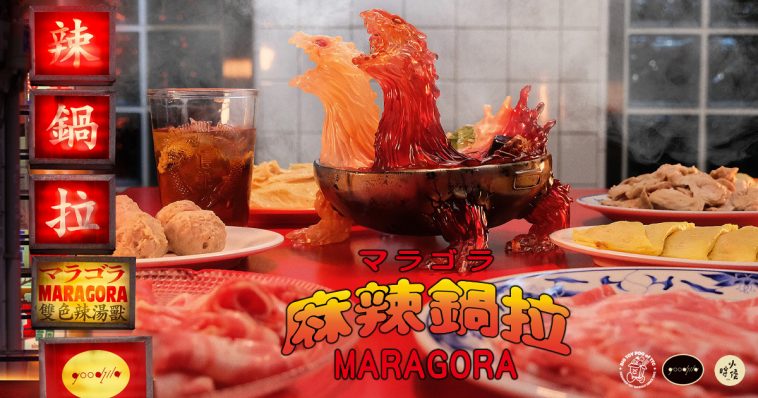 With the 1982小時候@2022 GQ STYLE FEST 潮流文化祭 over and done with the FEAST or we should say BEAST is served for international collectors!

Summer is over and Aumum months ahead is the perfect way to feast on a hotpot! HA. Noger Chen of Goodzila and 1982 Kids from bringing more HEAT to the table! Never in a million years did we think we would see a Hotpot / Steamboat-inspired vinyl collectable! and it’s freaking awesome! Noger transforming a Hotpot into a double dragon powered by soup broth? Who knows all we know is it looks spicy, HA. Meet but not eat the mighty MARAGORA from Noger’s Goodzila Night Market series.

Spicy Hot Pot is probably among the top three favorite foods in Taiwan. Compared with other famous winter dietary supplementation such as mutton hot pot, ginger duck, and wine cooked chicken soup, Spicy Hot Pot stands out with people lining up the whole year long, even on Great Heat Day, the hottest period of the year.

Spicy Hot Pot appeared in Taiwan for quite some time, and in the 1990s it began to flourish and became one of the mainstream diets. It remains a mystery that during childhood my biggest impression of Spicy Hot Pot was the must-have for Hong Kong celebrities when visiting Taiwan.

In addition to being the favorite of Hong Kong celebrities, Spicy Hot Pot is actually a Taiwanese food that is highly accepted by foreigners (except the duck blood in it). Many foreigners fall in love during their first try. Not only is the spicy eating experience enjoyable, also very interesting to eat and cook at the same time. However the most terrifying thing about Spicy Hot Pot arrives when you have digested all the delicious food. I have had some experience with poor quality hot pot that leads me to an unforgettable spicy and hot feeling in my butt. (I won’t go into details)

The history of hot pot is very long. It can be traced back to the Shang and Zhou dynasties (about 3,000 years ago) that tripods were used as pots. The creative concepts start from ancient tripods, and the soup in it breaks through and forms feet to stand.

The monster is a combination of spicy soup and white soup. It jumps out of the pot and forms dragon-shaped heads, while the body integrates with a twin-side hot pot and all the delicious foods. Also using the characteristic of liquid, the soup spills and freezes at the same time to create the tail. The overall look depicts a legendary monster that appears in many Chinese cultures, fierce and spiritual.

After the introduction of Spicy Hot Pot , my crave for spicy hot pot rises, which reminds me to share one more thing. Everyone is invited to a famous hot pot place recently! Stay tuned for more updates of the project! 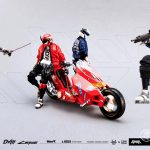 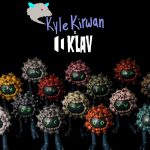